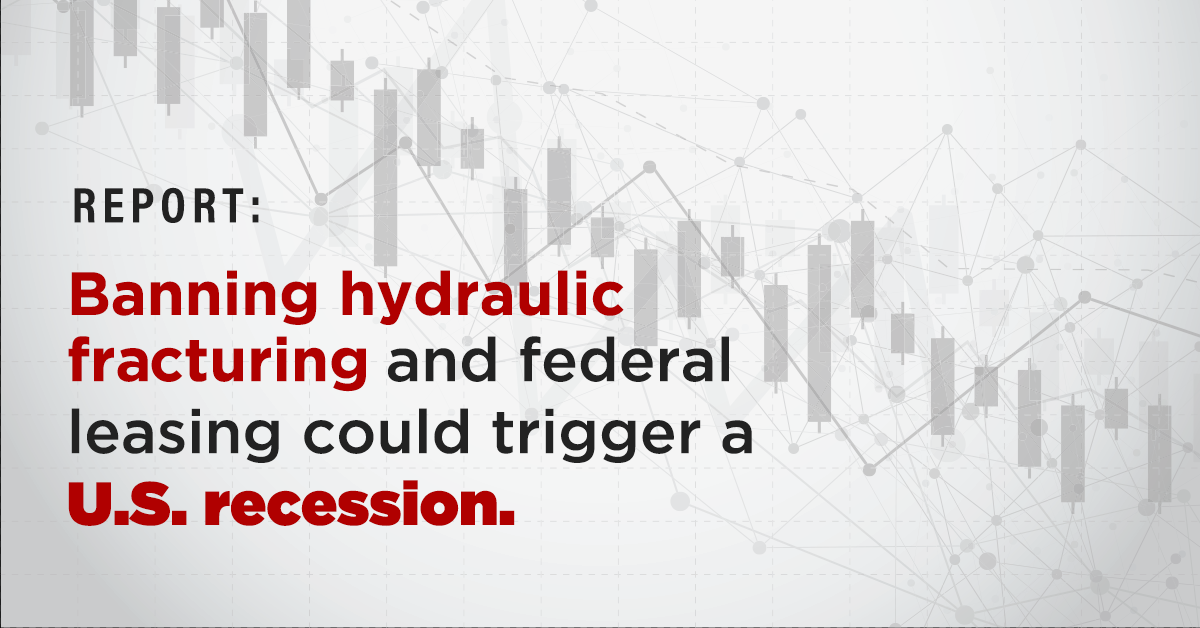 The American Petroleum Institute (API) today released a new economic analysis outlining the dire economic consequences of a ban on federal leasing and hydraulic fracturing (or fracking) for American families and businesses. The technology has enabled the U.S. to become the world leader in energy production and emissions reductions.

The study – conducted by economic modeling firm OnLocation, Inc. – warns that banning federal leasing and fracking on public and private lands, which some presidential candidates have proposed, would cost up to 7.5 million American jobs in 2022 alone, lead to a cumulative GDP loss of $7.1 trillion by 2030, slash household incomes by $5,400 annually, increase household energy costs by more than $600 per year and reduce farm incomes by 43 percent due to higher energy costs. If a ban is enacted, the U.S. would flip from being a net exporter of oil and petroleum products to importing more than 40 percent of supplies by 2030.

“If I told you about a technology that would help the environment, that would help American consumers, would reduce our trade deficit and increase American jobs, I think most politicians would jump on that, not try to ban it,” API President and CEO Mike Sommers said. “American families should be shocked to hear proposals from candidates for high office that would ban this transformative technology, which would erase a generation of American progress and return us to the days of heavy reliance on foreign energy. There is perhaps no better example that points to the stark contrast we see today in the debate over America’s energy future.”

“You can’t eliminate the very technology that has enabled the American energy revolution without damaging economic consequences,” said Lessly Goudarzi, founder and CEO of OnLocation, Inc. “As our analysis shows, assuming a full ban on fracking would threaten a U.S. recession and force American consumers to rely more on foreign energy rather than energy produced here in the U.S.”

The study was developed based on the U.S. Energy Information Administration’s National Energy Modeling System (NF-NEMS), a well-known and vetted model used to build the U.S. Department of Energy’s Annual Energy Outlook. Vienna, Va. based OnLocation, Inc. used the integrated model to capture interactions of economic changes and energy supply, demand and prices based on economy-wide projections, examining the impact of a fracking ban not only in the energy sector but across all industries and households.

In addition to the study, API launched a new digital ad campaign highlighting the negative consequences of a fracking ban. Watch the ads here.

View a copy of the report here.

API represents all segments of America’s oil and natural gas industry. Its more than 600 members produce, process, and distribute most of the nation’s energy. The industry supports 10.9 million U.S. jobs and is backed by a growing grassroots movement of millions of Americans. API was formed in 1919 as a standards-setting organization. In its first 100 years, API has developed more than 700 standards to enhance operational and environmental safety, efficiency and sustainability.