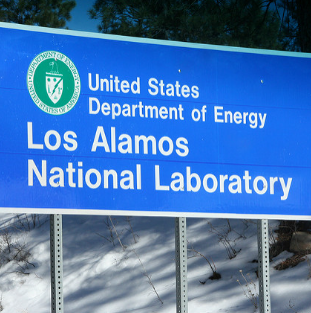 SANTA FE, N.M. — Fossil fuels continue to drive our economy, as well as most of our cars. So it’s worth pursuing a new approach with economic and environmental benefits: using carbon dioxide (CO2) as a fracturing fluid, incentivized by a new development in the federal tax code. This technique creates a win-win-win: increased domestic oil and natural gas production with lower environmental impact, including permanently sequestering CO2 underground, which helps maintain earth-system balance.

Recent research by the Computational Earth Science group at Los Alamos National Laboratory has demonstrated that using CO2 for carbon capture, utilization and storage (CCUS) can be commercially viable under the recently revised 45Q tax regulation. This carbon sequestration technique involves catching CO2 waste emitted by sources like fossil fuel plants, using it in another industrial process like energy extraction, then storing it underground. The Los Alamos research studied applying this technique to what’s known as enhanced oil recovery, or extracting resources from wells that have become unproductive through conventional drilling.

First, the science: The team at Los Alamos has pioneered computer modeling and experimental research to better understand how to use CO2 for unconventional oil and gas production, such as shale gas, tight oil, tight gas, coalbed methane and gas hydrates. The Lab and partners in the Energy Department’s geological carbon capture programs are helping develop transformational low-cost production and capture processes and infrastructure to minimize environmental impact while supplying the nation with energy.

Here are the problems. The United States has the largest shale oil and gas reserves in the world – so far, so good. However, it’s extremely hard to extract those unconventional resources. Unlike conventional oil recovery, where the oil and gas flow readily, unconventional recovery of natural oil and gas depends on fracturing the rock to get them to flow. Traditionally, hydraulic fracturing involves high-pressure pumping of large quantities of fluid, sand and chemical additives down a wellbore and into rock. Each well uses millions of gallons of water – a valuable resource in arid regions – and around half remains underground, blocking pathways to extract oil and gas. Water that returns to the surface must be treated, reinjected or discarded. Finally, production rapidly declines for a given well after the first few years and extracts only 15 percent of the oil and gas in the ground.

Enter a new solution – CCUS for unconventional oil and gas recovery. The Los Alamos study in shale oil fields found several benefits. High-pressure injection of supercritical CO2, which flows like a gas, but extracts hydrocarbons like a liquid, generates better three-dimensional cracks in the rock compared to water. These allow oil and gas to be swept out much more efficiently by CO2 than by water. That can boost production, especially where geological characteristics, such as being resistant to flow, make extraction difficult and expensive.

Further, because these unconventional reservoirs are typically 10,000 feet deep with extensive overlying caprocks, the geology prevents leaks of CO2 to the surface. Up to 80 percent of the injected CO2 remains underground during a single injection. The process then collects and reinjects the CO2 that returns to the surface into a different well. When the well is no longer economically productive, it is sealed, permanently trapping the remaining greenhouse gas deep underground. The study found that this CO2 fracturing method reduces the environmental footprint of shale oil and gas by minimizing water use, cutting overall CO2 emissions, and reducing the number of wells needed to produce the same amount of oil and gas.

Now, the business side: In 2018, Congress expanded section 45Q of the U.S. tax code to create significant incentives for capturing and storing CO2, particularly incentivizing low-cost CO2 capture sources, such as ethanol plants near oil fields. The government has offered a carbon sequestration tax credit since 2008, but the 2018 bill eliminated the cap limiting the credit, increased the years to claim credit and more than tripled the credit amount, making it feasible for the first time.

How will all this change the energy landscape? It might be too soon to tell. While carbon capture, injection and sequestration may be an effective way to extract fossil fuels and reduce emissions in the process, it is an immature technology facing a few obstacles to scale up. For instance, compression and reinjection are expensive, and new pipelines are needed to connect industrial emitters to oil and gas producers.

Those challenges can be overcome. Ingenuity and innovation have always driven the U.S. energy industry. Recently, horizontal drilling unlocked previously unrecoverable oil and gas, which led to the current boom in U.S. energy production. With an incentivizing tax code and research supporting CO2 as a fracturing fluid, energy producers now have the enabling tools to pursue sequestering CO2 while more efficiently extracting oil and gas. And until everyone is driving electric cars and living in homes powered by renewable energy, U.S. energy self-reliance depends on all the cheap fuel we can get, produced with as little environmental impact as possible. In fact, by helping us produce bridge fuels like natural gas with a smaller environmental footprint, CCUS could have a major role in helping us get there.