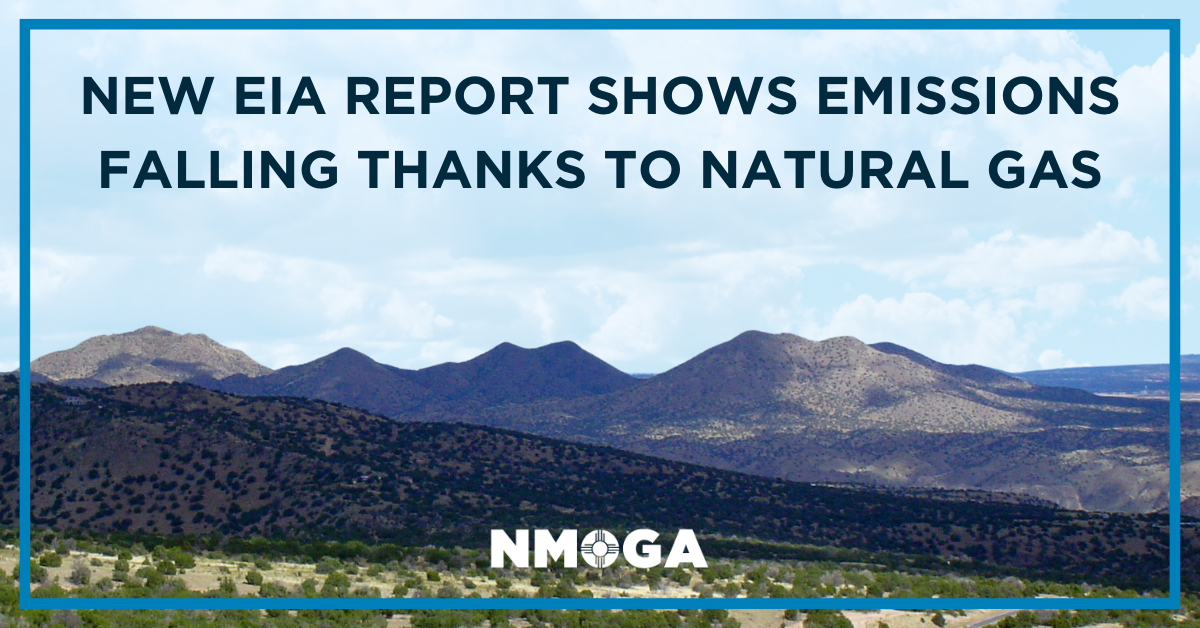 A new Energy Information Administration analysis provides great news for the United States’ climate goals: the power generation sector continues to see emissions drop, and the largest decreases can be attributed to the switch to natural gas.

EIA’s analysis describes the tremendous progress in lowering emissions over the past decade-and-half, noting the role of natural gas:

“Between 2005 and 2021, the carbon intensity of electricity has fallen from 0.61 mt per megawatthour to 0.39 mt per megawatthour. Had carbon intensity remained the same as in 2005, an additional 905 MMmt of CO2 would have been emitted in 2021 (Figure 7). Of these avoided emissions, 58 percent (526 MMmt) were due to a switch from higher-carbon fossil generation to natural gas generation, and 42 percent (379 MMmt) from growth in zero-carbon generation.” (emphasis added)

In the past three years alone, increased natural gas usage in power generation has been responsible for a total of 1.615 billion metric tons of CO2 reductions. The table below further demonstrates that as domestic consumption of natural gas has risen, CO2 emissions reductions have been steadily growing: 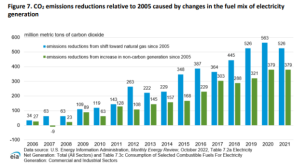 While natural gas played the leading role in emissions reduction, non-carbon resources played a major part as well. Yet those resources, often wind and solar, depend on natural gas to provide reliable, dispatchable power when the wind isn’t blowing, and the sun isn’t shining.

As Energy In Depth has repeatedly noted before, natural gas is a perfect complement for non-carbon resources, with the Washington Post observing, “Turns out wind and solar have a secret friend: Natural gas,” and reporting on a paper from the National Bureau of Economic Research, which stated:

“Our paper calls attention to the fact that renewables and fast-reacting fossil technologies appear as highly complementary and that they should be jointly installed to meet the goals of cutting emissions and ensuring a stable supply.”

While the report highlights significant steps forward for the United States in terms of emissions reductions, it also suggests there is still work to be done. Due to increased natural gas prices, 2021 was the first year in the past decade where natural gas usage as a share of electricity generation decreased in comparison to coal, according to EIA:

As Energy in Depth has repeatedly covered, natural gas prices have increased due in large part to regulatory barriers prohibiting and delaying both pipeline development and investment in increased production. This is especially true in regions such as the Northeast, as other higher-emitting energy sources are being used to generate electricity due to a lack of pipeline infrastructure in the region.

Bottom-line: The increase in natural gas consumption in the United States over the past decade has led to the greatest greening of the American economy in modern history. If policymakers wish to build off of this monumental progress, they must implement policies that support and further natural gas development.