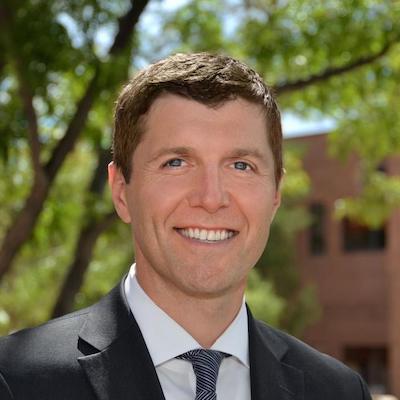 The New Mexican predictably uses the same blueprint to cover every environmental or energy issue: Policy ____ under [insert politician backed by environmental special interests] is morally superior, quote environmental lobbyist to prove why this is true, vilify pro-energy Governor because she is the only politician in the state to ever receive a political contribution, bury opposing viewpoint to make the story appear balanced, and most important of all, ignore any evidence that does not support talking points from the environmental political machine.

A pro-energy Governor producing meaningful results on climate change must be too discomforting for the The New Mexican and its readers to handle. Praising the morally superior words of a favored politician or special interest group is a much safer business model in the echo chamber of Santa Fe.

The inconvenient truth The New Mexican neglects is that science-based policies and responsible oil and natural gas production are critical to our state and our nation.  You simply cannot produce renewable energy without oil, gas and other minerals.  As former Secretary of the Environment Department, I’m all too familiar with the half-truths and ridiculous suggestions radical environmentalists employ to make their case for moral superiority.  Unfortunately, this arrogant, paternalistic view employed by Santa Fe’s activist community is never challenged by The New Mexican.  Eliminate oil and gas development?  No problem, they say, tourists will come to Santa Fe on unicorns powered by rainbows.

Activist / County Commissioner / Western Leaders Network Executive Director / Coloradan Gwen Lachelt is a perfect example. She charges that oil and gas in New Mexico is like turning on a faucet is as reckless as it is ignorant. It’s probably difficult for her to see through the thick fog of conflicts of interest she’s surrounded by every day, but the crack reporters at The New Mexican didn’t notice either. Here are the facts: all oil and gas activities in New Mexico are heavily regulated, every well is inspected, air quality is regularly measured, vented and flared gas is required to be reported, and the industry is leveraging the best technology in the world to consistently reduce emissions and minimize the impact of production.

New Mexico should be proud to be one of America’s leading energy producers, ranking 5th among state in oil production and 8th in natural gas. This doesn’t just help fund critical needs for our state and provide jobs, it helps make our country less dependent on energy from other, more volatile parts of the world. The Colorado-style policies ushered in by the Obama administration in Washington would have choked American energy production, put thousands of New Mexicans out of work, and shuttered countless mom and pop businesses from Farmington to Jal. Simply put, it wasn’t good for America and would have been disastrous for New Mexico.

Oil and natural gas is the economic engine of New Mexico. While The New Mexican has been a staunch for advocate for universal early childhood education, increasing teacher pay, and improving our infrastructure, how can we even begin to talk about doing any of this as we’re locked into debates about suffocating the state’s economy?  The answer is: we can’t. And those who think we can probably think Colorado’s green chile is better too.