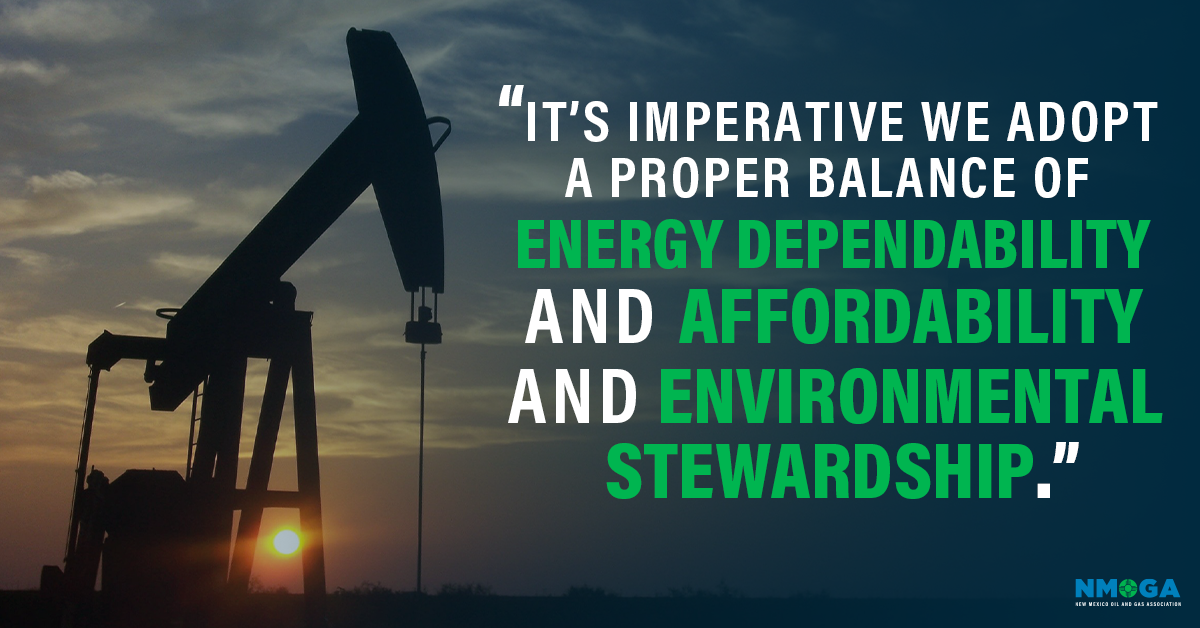 New Mexico is making impressive strides to expand its sources of renewable energy such as wind and solar, but our state’s economy — especially our agricultural sector — continues to depend heavily on traditional energy sources including oil and gas.

While our state is blessed with traditional fuel and alternative energy resources, despite its impressive, and much needed growth, renewable energy only comprises about 10% of our total energy consumption. That’s why it’s troubling that several Democrat primary winners for the state Legislature have lost sight of reality by seeking to curtail our reliance on traditional fuel far more quickly than is possible without mulling the consequences.

While New Mexico continues to show impressive leadership as we transition to a renewable energy future, we must continue to develop our oil and gas resources and the needed accompanying infrastructure. And there are several critical factors that underscore this necessity.

One, New Mexico is rich in fossil fuel resources with major petroleum and natural gas deposits in the Permian Basin in southeast New Mexico and, in the northwest, the San Juan Basin which has the largest U.S. field of proved natural gas reserves. As a result, New Mexico’s crude oil output is roughly 3% of the annual U.S. total and gas output is nearly 10%. Our state and country depend on these traditional fuel supplies to enhance our economies and productivity.

Two, the state’s diverse agriculture industry, both in crops and in the people who grow them, requires efficient and affordable energy. In the past decade, the number of young and minority farmers has risen by about 50%, and they require low-cost energy such as natural gas to sustain their operations. Plus, capital investments for energy infrastructure are vital to support them and rural consumers.

Three, New Mexico is the fifth largest state in the country, and is fifth in terms of a population served by rural electric cooperatives. With wind energy contributing roughly 20% of the state’s electricity generation, these co-ops desperately need funds for various other infrastructure improvements so they can provide electricity to these areas. Fortunately, the U.S. Department of Agriculture recently announced New Mexico would benefit from $28 million for the Socorro Electric Cooperative and $3.6 million for Kit Carson Electric Cooperative for much needed infrastructure improvements.

Fourth, New Mexico ranked eighth for pollution in United Health Foundations annual “America’s Health Rankings.” New Mexico is also working diligently on other areas focused on air quality. This comes even as traditional energy production has increased by 114%, showing that we can produce the energy needed locally and across the country while also preserving our environment.

The coronavirus pandemic has severely disrupted the agricultural and manufacturing marketplaces — two big contributors to the state’s GDP — so this isn’t the time to unsettle these critical sectors. The food supply chain has been severely disrupted as restaurants and food service operators that traditionally use half of farm harvests have been all but shut down by COVID-19. And the state’s fledgling but growing hemp-farming industry — a labor- and capital-intensive operation — faces even higher energy costs from the state’s new Energy Transition Act.

Given these and other powerful factors, it’s imperative we adopt a proper balance of energy dependability and affordability and environmental stewardship. New Mexico is among just a few states that can provide every energy source while also being an environmental leader. The essential balance we require must depend on oil and natural gas and strong infrastructure while we build up our renewables so New Mexicans can keep enjoying reliable and reasonable energy.