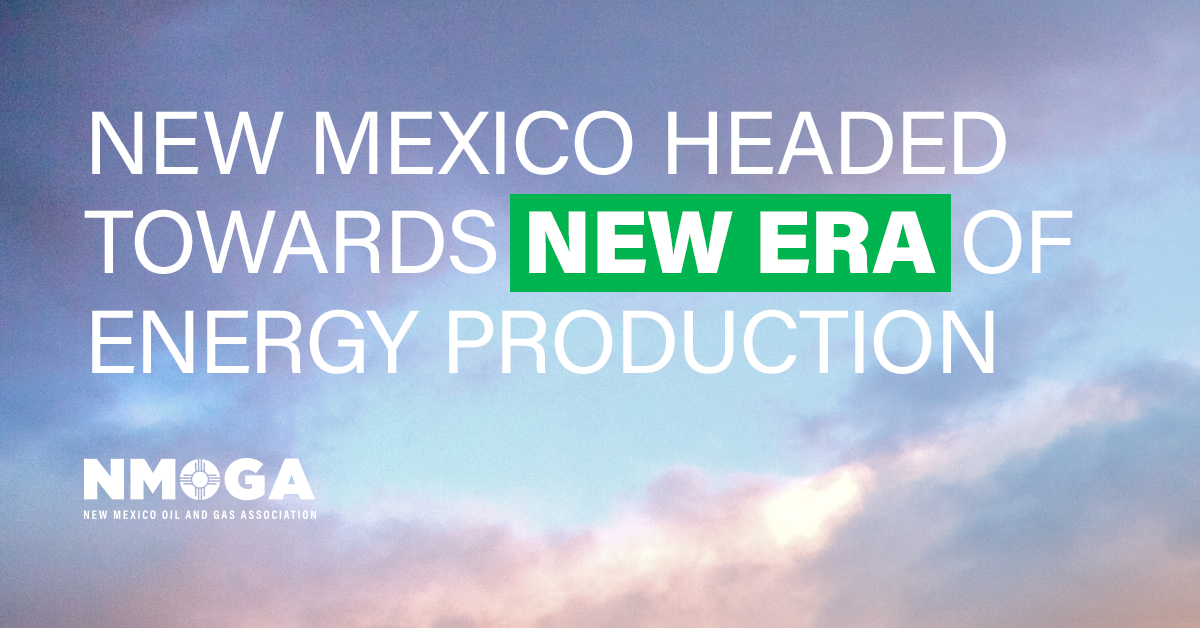 A boom in oil production in New Mexico and the Permian Basin to the southeast defined 2018 for the industry, as a record 250 million barrels were produced last year.

The increase marks a 46 percent growth from 2017 to 2018, per data from the U.S. Energy Information Administration, overtaking the previous record set in 2017 of 171 million barrels by 78 million.

Ryan Flynn, executive director of the New Mexico Oil and Gas Association said the upward trend was a sign of a “new” era in energy production for New Mexico.

“With this kind of steady, upward movement we’re entering a new era in southeast New Mexico and the Permian, where production will remain at record highs as long policy remains stable,” Flynn said.

He said production was traditionally tied to oil prices, but despite a recent dip into the $55 to $60 per-barrel range, Flynn said production continued to grow steadily throughout the region.

In the Permian Basin, break-even prices were reported as low as $30 to $40 per barrel, per a report from Drillinginfo.

The report pointed to horizontal drilling, which usually have higher initial production rates than traditional wells, allowing for more production at a lower cost.

The Delaware Basin – the New Mexico side of the Permian – was seeing the highest growth, read the report.

“It's no longer accurate to talk about the Permian in general,” said Sarp Ozkan, director of energy analysis at Drillinginfo Market Intelligence.

“Specifically, the Delaware basin has seen activity skyrocket and the number of horizontal spudded wells set a new record last year. Efficiencies in the Delaware have increased year over year since 2013, and in some cases forty percent.”

That growth in production will protect the revenue stream headed to Santa Fe and the State coffers, Flynn said, where lawmakers are debating how to spend an about $2 billion budget surplus many credited to the boom in oil and gas.

“Even when we saw prices decline, production remained high,” Flynn said. “For the state, that’s good news. Revenue from the industry should remain really high.”

That funding means more dollars for lawmakers to work with, he said, and it does not need to be a “one-off.”

But he said the administration is working to strike a balance with the oil and gas industry that generates a significant portion of the state’s revenue, and the policy goals of state lawmakers and leaders.

“The new administration really is benefiting from this surplus this year,” Flynn said. “What this production shows is we have the potential to see this kind of revenue become the norm. The only thing that can derail this is the adoptions of harmful policies that could inhibit production.”

Flynn pointed to Senate Bill 459 – which would instill a four-year moratorium on hydraulic fracturing.

Sponsored by Sen. Antoinette Sedillo Lopez (D-16) of Bernallio, the bill was intended to pause the technological process many credit with leading the recent boom – along with horizontal drilling – while lawmakers study its impacts on the environment and culturally-sensitive areas.

The bill went before the Senate Conservation Committee in February, but the hearing was adjourned ahead of a vote and the bill remained in that committee as of Tuesday.

“I propose we place a halt on hydraulic fracturing, so we can learn what kind of impacts it could have,” Sedillo Lopez said during the Feb. 26 hearing. “The oil will still be there. After the halt, we can enact needed regulations.”

She said the added production was simply a way for oil and gas companies to impress their shareholders during the dip in prices.

“I’ve heard many concerns of the loss revenue, but it is the oil and gas industry that is concerned with its end of the quarter balance,” Sedillo Lopez said. “With oil only trading at $50 per barrel, they need to pump out more to impress shareholders.”

Co-sponsor Sen. Benny Shendo (D-22) said the bill was not intended to stop oil and gas, but to pause it so lawmakers could learn more about the practice Flynn estimated was used in New Mexico for the past five years.

"I know fracking has been going on here for years," Shendo said. "People are concerned about the issue. Now, you're talking about something that has the potential for contamination of our drinking water and our aquifers."

Industry officials were quick to oppose such legislation, and Flynn said such laws could stymie the numerous upward trends reported by the oil and gas industry.

“There’s an appropriate balance that needs to be set, so we’re protecting our environment without slowing production,” he said. “Critics will say industry is always whining about police and rules. There’s always a healthy dialogue.

And despite the “dangerous” proposals made by some lawmakers, Flynn said he is optimistic in working with administration for foreseeable future.

“There are certainly legislators who are not familiar with our industry,” he said. “That’s an opportunity to communicate with them. (The administration) is definitely pushing an aggressive environmental agenda, but in a way that is inclusive and not destructive to this industry.”