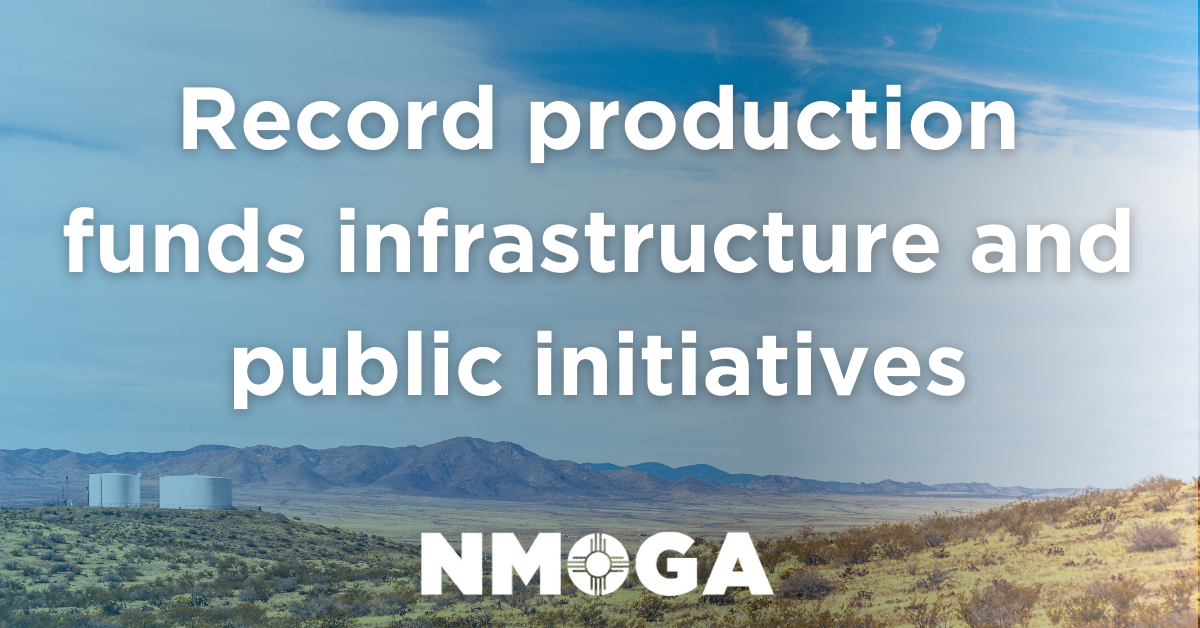 New Mexico’s oil and gas industry has shown no signs of slowing down, despite a pandemic that has affected nearly every industry.

A new report from the New Mexico Tax Research Institute and New Mexico Oil and Gas Association this past week revealed that the industry produced a record-breaking $5.3 billion in revenue in fiscal year 2021 for state and local governments — an increase of $557 million from the previous fiscal year.

“Historic revenue equals historic opportunity, and that is great news for teachers and students, critical first responders and health care workers, and each and every New Mexican across this state,” NMOGA president and CEO Leland Gould said in a prepared statement.

The record-breaking fiscal year in the oil and gas industry included an increase in general fund money for the state.

The $2.96 billion raised for the general fund in FY21, which is typically used to fund public institutions and other state projects, was $152 million higher than in FY20. The money from oil and gas makes up 35% of the general fund, according to the report.

The State Land Office received $954 million in taxes, mostly through taxes on operators for its Land Grant Permanent Fund. The fund helps with costs for three hospitals — the UNM Carrie Tingley Hospital, Miners’ Colfax Medical Center and the Behavioral Health Institute — as well as public schools and universities.

Outside of the general fund, the state saw $889.2 million in taxes from oil and gas operations. Local revenue through taxes stood at more than $357 million, according to the report.

New Mexico’s overtaking of North Dakota as the second-largest oil producer in the United States “underscored” the state’s role as an energy leader, NMOGA said.

“While some revenue streams initially dipped on curtailed drilling activity, the rebound in market prices and consistently high output lifted direct taxes on production by 40%,” Richard Anklam, president of the New Mexico Tax Research Institute, said. “As drilling returns, production grows, and prices stabilize, policymakers and New Mexicans alike have every reason to be cautiously optimistic about the industry’s revenue contributions in future fiscal years."

But, Gould warned lawmakers of the potential impact certain policies could have on the industry going forward, calling them an “obstacle to future growth, production and revenue.”

Earlier this year, New Mexico's Oil Conservation Division of the Energy, Minerals and Natural Resources Department enacted rules that prevent the use of routine venting and flaring. The department also gained the authority to levy civil penalties for spills.

The New Mexico Environment Department is in the process of creating an ozone precursor rule, meant to target methane and volatile organic compounds that can lead to the creation of a ground-level ozone.