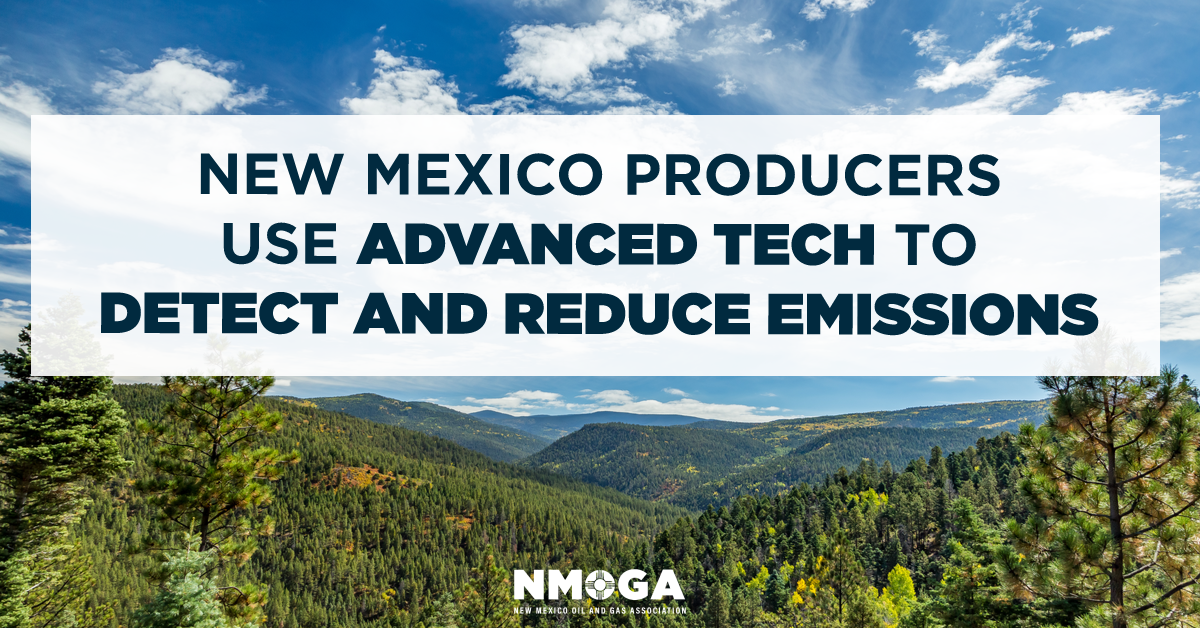 As the federal government examines the environmental impact of oil and gas leasing, New Mexico is eyeing technology and equipment upgrades to slash industry emissions.

That goal is significant for a state where the oil and gas industry accounted for 53% of statewide greenhouse gas emissions in 2018, said Sarah Cottrell Propst, cabinet secretary of the Energy, Minerals and Natural Resources Department.

“Getting a handle on as much of the industry as possible in the rule was really important to us,” Cottrell Propst said. “The rules are very clear about the environmental outcome, that gas capture percentage that operators need to hit. But it gives them a lot of flexibility on technology for how to get there.”

Kairos Aerospace uses spectrometers designed to detect methane in its flyover surveys of well sites and pipelines in the Permian Basin.

Ryan Streams, the company’s business development manager, said the data and aerial photos aid operators in finding and fixing the worst methane leaks at their wells, storage tanks and pipelines.

Streams has participated in several methane rulemaking processes in other Western states and at the federal level.

“Right now when we work with a (New Mexico) company, the way they respond to leaks is sort of up to them,” Streams said. “With these new rules, we’re likely to see more uniformity among industry in terms of their responses. It’s a good way to put everybody on an even playing field.”

Oil and gas operators will receive credit toward their gas capture goals under the new regulations by using technology to find and fix methane leaks before state regulators spot them.

EMNRD’s new rules are only half of New Mexico’s regulatory battle to slash emissions.

“If you see a methane leak, there’s probably VOCs in it,” Streams said.

The NMED rules would require reduction of ozone precursors leaking from new and existing industry equipment.

Storage tanks, pneumatic controllers and compressors would all need to meet new state installation and inspection standards. Many standards in the rule would be stricter than federal requirements.

Some groups are concerned about inspection exemptions in the NMED draft rules for lesser-producing oil and gas wells, often called stripper wells.

The rule would also exclude industry equipment in Bernalillo County and on tribal lands, where NMED’s Environmental Improvement Board does not have jurisdiction.

“NMED must follow the lead with comprehensive, effective rules that rein in ozone and methane pollution from all operators, otherwise climate goals will be missed and front-line communities will continue to suffer,” Eddy said.