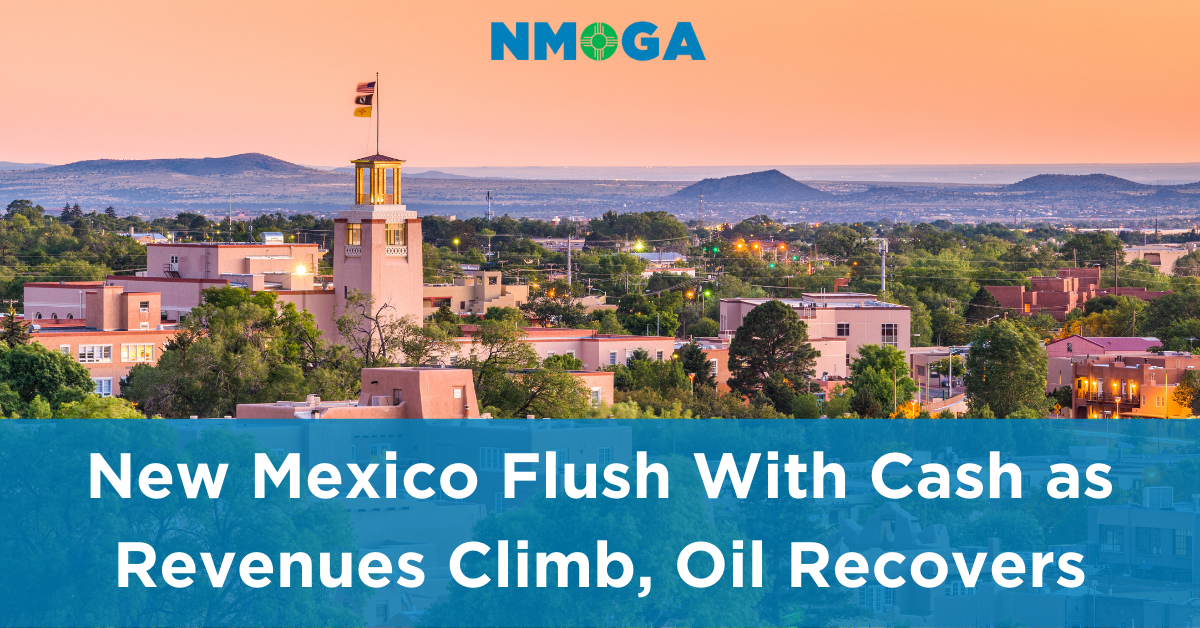 ALBUQUERQUE, N.M. (AP) — New Mexico is flush with cash due to a quick recovery of oil and gas markets and higher than expected gross receipts tax revenues as consumers spend federal stimulus checks and tap into other recovery aid, state finance officials and legislative analysts said.

The officials briefed a key panel of state lawmakers on Friday. They said while revenues are expected to hit record levels for the next fiscal year, the pandemic remains a risk factor that still has the potential to derail economic recovery if cases continue to surge or shutdowns are imposed again.

While widespread shutdowns are not likely, the forecast shows what analysts described as a significant upward revision in recurring revenues for the current fiscal year — an increase of more than $632 million from estimates made just six months ago. Nearly $1.4 billion in new money is expected for the 2023 fiscal year, marking growth of nearly 19%.

That means lawmakers will have more money than ever before to spend on education, roads, public safety and other government programs. It also means more money is expected to be funneled into the state's permanent endowments.

Some lawmakers warned that the federal recovery aid won't be around forever and urged fellow members of the Legislative Finance Committee to continue building up the state's reserves.

The favorable forecast also is fueled by growth in high- and mid-wage employment in the first half of 2021. As a result, officials said, total wages and salaries in the state neared pre-pandemic levels in the first quarter, and total personal income in New Mexico reached record heights during the pandemic and continues to grow.

But low-wage jobs have yet to bounce back, said Stephanie Schardin Clarke, head of the state Taxation and Revenue Department.

“So there's been a redistribution happening here over the pandemic," she said, "and as policymakers we're hearing that revenues are way up, but I just want to emphasize that there are still deep job losses and those who probably didn't have savings at the onset of the pandemic are the same ones who may not have regained their job yet.”

Officials with Gov. Michelle Lujan Grisham's administration pointed to two independent economic forecasts that warned it could be the end of 2026 before New Mexico returns to pre-pandemic employment levels. The state has recovered about 44% of the jobs that were lost at the start of the pandemic, but jobless rates in the state remain above national levels.

As for the contributions of oil and gas, Dawn Iglesias, the committee's chief economist, noted that New Mexico is now the second largest producer in the U.S. and is the only top producing state so far to have recovered to above pre-pandemic production levels.

New Mexico in April reached a record level of oil production with more than 1.2 million barrels a day. Natural gas production hit a record of 6.5 billion cubic feet of gas a day in May.

“Together for oil and natural gas, these higher prices and higher production levels are really resulting in those very strong severance tax and federal royalty collections," Iglesias said. “But again, those strong expectations are highly dependent on the oil and gas markets and where those prices actually end up coming in over the year and of course those can be volatile.”