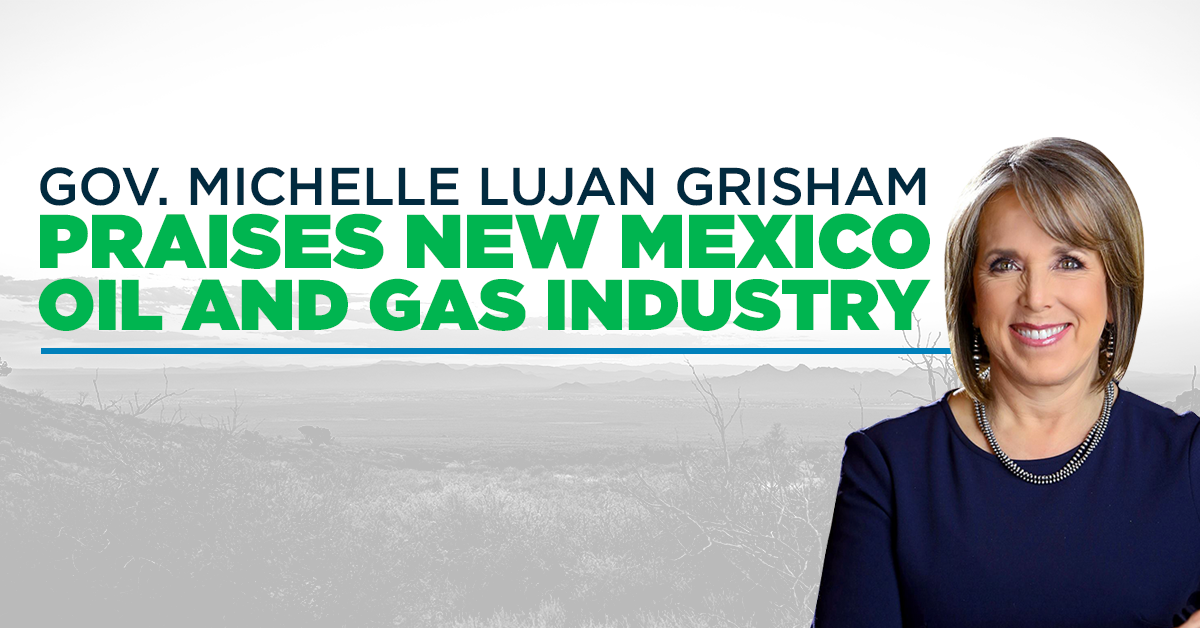 New Mexico Gov. Michelle Lujan Grisham professed her full-throttled support for the oil sector on Tuesday, telling industry leaders that her Cabinet secretaries works for them and that she hopes the state can overtake North Dakota as the No. 2 oil producer among states.

Lujan Grisham, a Democratic former congresswoman, repeatedly thanked men and women of the oil industry for business growth that is underwriting major state spending initiatives on public education, health care and infrastructure projects — and that might bankroll her proposal for tuition-free college for in-state students.

The governor's speech at an annual meeting of the New Mexico Oil and Gas Association attracted a noticeably larger crowd than an appearance 30 minutes later by U.S. Interior Secretary David Bernhardt, who warned that Green New Deal policies espoused by some Democrats pose a threat to the oil industry's livelihood.

Lujan Grisham said she is counting on the oil industry itself to design new state regulations for methane emissions in cooperation with her first-year administration. New Mexico is developing the new rules to discourage waste and leaks of the potent climate-warming gas as the Trump administration attempts to roll back methane controls.

"I have no doubt that New Mexico is going to get methane regulating right," Lujan Grisham said. "Why? Because you're at the table, because I'm using your innovation and technology."

She assured the crowd that her Cabinet secretaries for oilfield and environmental regulation will collaborate with the energy sector.

"They will not be at cross purposes, they are very clear that they work for you," Lujan Grisham said. "And if that is not occurring, I need to know about it."

About a dozen protesters gathered outside the event at a downtown Santa Fe hotel. Many described a disconnect between Lujan Grisham's pledge to pursue aggressive goals for reducing greenhouse gas emissions — including goals of the 2015 Paris climate agreement — and her support for oil production.

"Let's just start with the governor declaring a climate emergency, just calling it what it is," she said.

State economists say New Mexico government is increasingly reliant on surging income from the oil and natural gas sectors, amid record-setting petroleum production in the Permian Basin that overlaps the southeast of the state and West Texas.