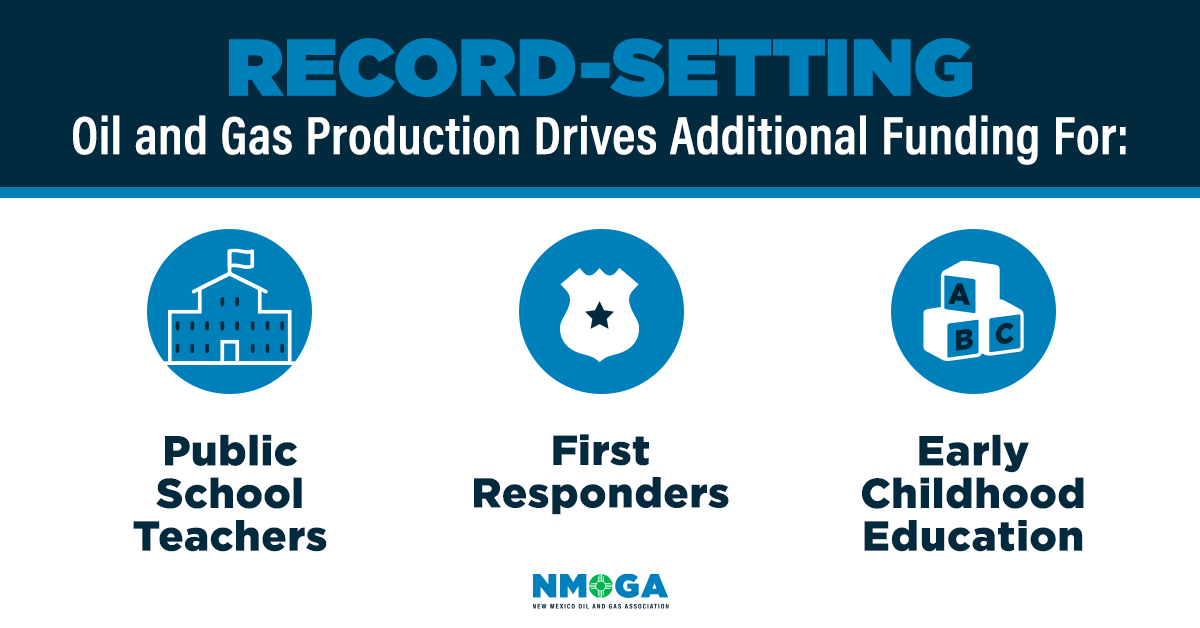 New Mexico’s governor delivered budget recommendations Monday that include a new round of pay increases for public school and state government workers plus subsidies to expand early childhood schooling and provide tuition-free college.

Teachers’ pay would increase by 4%, while state employees would see a 3% raise. A 2% increase is proposed at public colleges and universities, under the recommendations to the state Legislature from Democratic’, second-year Gov. Michelle Lujan Grisham.

General fund spending overall would increase by more than 8 percent to about $7.7 billion, extending a spending spree underwritten by record-setting petroleum production in southeastern New Mexico and the money it provides to state government through taxes, royalties and lease purchases. The Democrat-led Legislature convenes Jan. 21 for a 30-day session to craft the spending plan for the coming fiscal year.

A slump in oil prices in 2016 prompted the state to slash funding to public colleges, increase admission fees at state museums and scour public school district accounts for idle cash.

Separately, about $320 million would be set aside in a new trust fund for early childhood education to bolster future spending with the fund’s investment earnings. The fund is proposed to act as a hedge against future downturns in the oil sector, recessions or both.

Lujan Grisham wants a $74 million increase in general fund spending to expand and improve early childhood services and education — including prekindergarten, home consultations with parents, subsidized child care and nutritional assistance for children. She is proposing subsidized child care for an additional 4,200 children.

“By providing children high-quality experiences during the most critical and rapid stages of brain development, we can give children the start they need to succeed,” the governor’s proposal said.

The governor also has proposed that the state pick up the tab for college tuition and fees among about 55,000 in-state students across New Mexico’s network of 29 public community colleges, four-year colleges and universities. That would cost about $35 million during the coming fiscal year if approved by legislators.

“It’s not going to create any short-term impact on education,” Goodmacher said. “We’re happy about it, but we want to focus on what students need here and now.”

Government income for the coming fiscal year is expected to outpace current general fund spending by $800 million. Padilla-Jackson emphasized a cautionary approach to spending, in which just three-quarters of the surplus is dedicated to sustained government activities.

The governor also is seeking funds to hire 60 new state police officers to a current force of about 670 officers. Her budget requests would increase staff at Spaceport America as the facility prepares for Virgin Galactic’s first commercial tourism flights into near space.

State spending on Medicaid is set to increase by about $56 million to $1.1 billion as the Human Services Department pushes to enroll more eligible-but-uninsured residents. Overall Medicaid spending — including federal matching funds — would increase by more than $400 million.