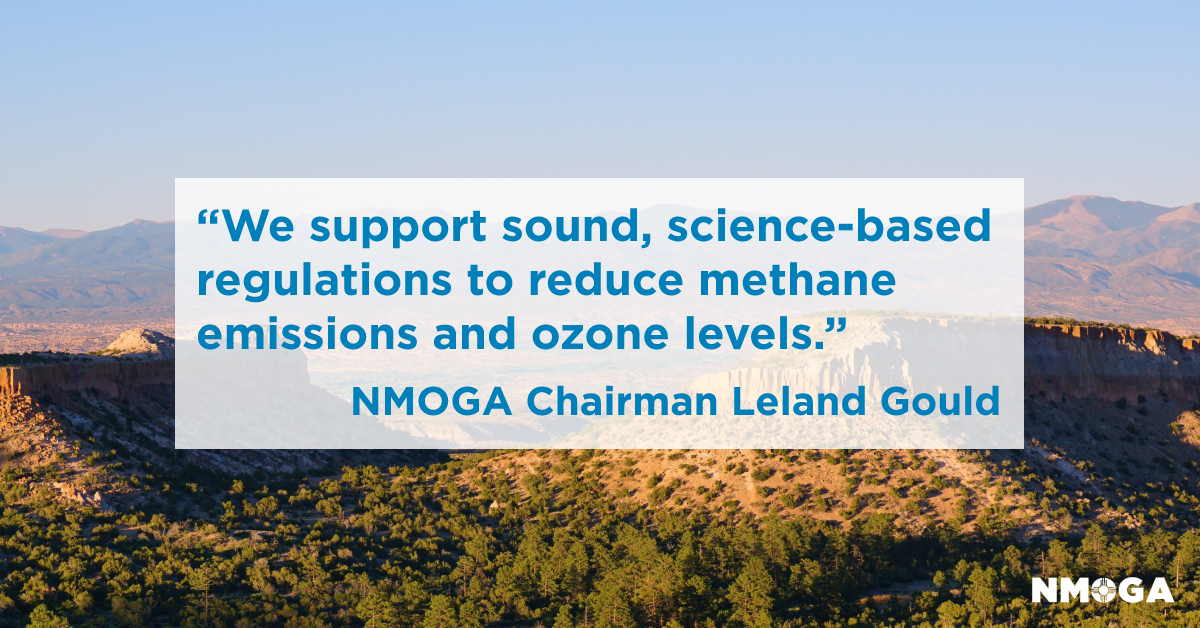 A new state emissions rule would impose tougher standards on oil and gas operators and drastically reduce ground-level ozone that can cause respiratory problems or aggravate existing ones, New Mexico regulators announced Thursday.

Eliminating that amount of ozone is the equivalent of taking 8 million cars off the road each year, said state Environment Secretary James Kenney.

The rule would apply to counties with high ozone levels, particularly those within or near the Permian and San Juan basins, where nearly all drilling occurs.

Toughening the regulations is important in a state with a fossil fuel industry that can emit massive amounts of pollutants, Kenney said.

“Ozone is effectively like getting a sunburn in your lungs,” Kenney said. “It diminishes your ability to breathe and triggers things like asthma attacks and pulmonary diseases.”

Safeguarding the public’s respiratory health is vital during the pandemic, when COVID-19 can impair people’s ability to breathe, Kenney added.

The state’s Environmental Improvement Board must approve the rule before it is adopted. The public will have a chance to comment at a hearing anticipated in the fall.

The agency removed exemptions for marginal wells that were in an earlier draft rule, a move environmentalists called necessary and industry groups decried.

Those include low-emitting wells and “stripper wells” with daily production of up to 15 barrels of oil or 90,000 cubic feet of natural gas.

The rule would require oil and gas operators to calculate their emissions and have an engineer certify them.

Operators also must inspect equipment at least monthly to look for leaks and other mechanical problems, and then make repairs within 15 days.

And they must keep records on all their operations, Kenney said.

A recently passed state law now allows the Environment Department to craft regulations such as these that are stricter than federal rules, he said, noting the agency previously was limited to whatever the federal government imposed.

“We were hampered by that for many years,” Kenney said.

“Today, New Mexicans can breathe easier knowing that present and future generations will have cleaner air,” Gov. Michelle Lujan Grisham said in a statement. “This rule will not only hold industry accountable, but will also spur innovation and greener practices in the oil and gas fields.”

A Carlsbad community advocacy group said it was encouraged by the state moving toward more stringent oversight.

“As frontline community members in the Permian Basin, we see and feel the effects of oil and gas pollution in Southeast New Mexico every day,” Kayley Shoup, a member of Citizens Caring for the Future, wrote in an email. “We look forward to working with NMED to ensure the final rules adopted this fall are strong and effective to protect the health of our planet and the communities we call home.”

But the Independent Petroleum Association of New Mexico contends the rule will put thousands of jobs at risk, prematurely shut down marginal wells and inflict economic hardship on the state with little environmental benefit.

The governor should reconsider the decision to allow low-emitting, low-producing wells to be regulated, Jim Winchester, the association’s executive director, said in a statement.

“It’s critical that the final rule be based on science and common sense, not just the emotions of radical environmental groups,” Winchester said.

This proposed rule is the state’s latest effort to curb air pollutants that pose a potential health threat and contribute to climate change. Both ozone and methane are potent greenhouse gases.

In March, the state Oil Conservation Commission adopted methane regulations that restrict venting and flaring of natural gas to emergencies. Operators also are required to capture 98 percent of their methane by the end of 2026.

These rules were in response to Lujan Grisham’s executive order calling for a strategy to combat climate change.

“We’re gonna be going into the nitty, gritty details as this moves forward to hearing,” said Jon Goldstein, state policy director for the Environmental Defense Fund. “Making sure the specifics in here are as strong as they need to be.”

Removing the exemptions on marginal wells was crucial because they account for more than 60 percent of the air pollution, Goldstein said.

The New Mexico Oil and Gas Association took a neutral stance on the rule.

“We support sound, science-based regulations to reduce methane emissions and ozone levels,” Leland Gould, the group’s chairman, said in a statement. “Throughout this two-year process, we have been dedicated to working with regulatory bodies to share our industry’s scientific and environmental subject matter expertise.”

During a helicopter flight in December, state and federal regulators, using an optical scanner, detected more than twice as much methane leaking from equipment on the Permian basin than the year before. And it was substantially more than operators report.

“It’s clear that self-policing is not the answer,” Kenney said. “It is clear you need strong rules.”