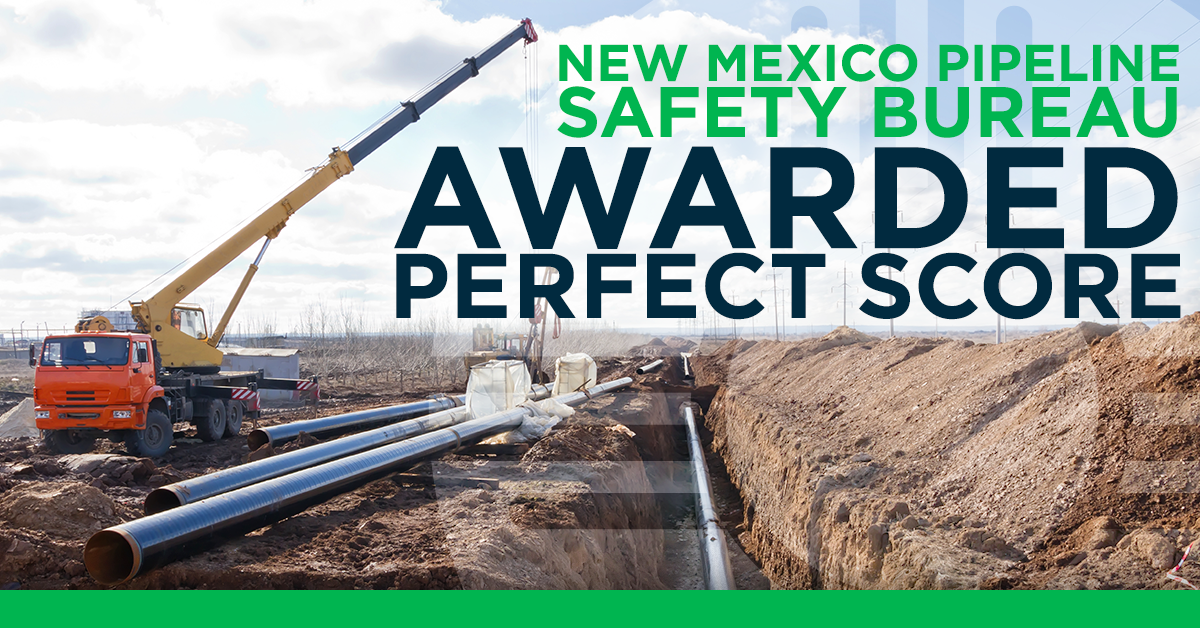 As more oil and gas pipelines continue to be installed throughout southeast New Mexico and the Permian Basin, safety regulations became more important in managing the industry’s growth.

And the body that would oversee the safety of such developments in New Mexico was recently awarded a perfect score during an annual safety evaluation by the Office of Pipeline Safety at the U.S. Department of Transportation.

For 2018, the New Mexico Pipeline Safety Bureau – an arm of the New Mexico Public Regulation Commission (PRC) – was awarded a score of 258 out of 258 points, read a news release from the State of New Mexico.

“We have a great team at the Pipeline Safety Bureau,” said Bureau Chief Jason Montoya. “Safety throughout the state has been and will continue to be our priority.

“With the support of our commissioners we will continue keeping New Mexico a safer place to live and work through the enforcement of our regulations.”

The federal evaluation studied the state enforcement authority’s issuance of civil penalties, along with availability of its public records and its investigation practices and means of discovering damage.

“The Pipeline Safety Bureau mission provides for the PRC agency to give optimum pipeline and excavation safety for citizens,” the release read. “It does so through federal and state compliance. This includes promoting damage prevention of underground pipelines.”

Such threats during the recent boom means the oil and gas industry must work closely with the government to ensure compliance with regulations and public safety, said Robert McEntyre, spokesman for the New Mexico Oil and Gas Association (NMOGA).

He said the Bureau’s high rating gives the industry confidence that regulators are competent.

“When they’re effective at their jobs, so are we,” McEntyre said. “We want to work closely with them to ensure we’re minimizing risks and protecting the public. That’s our goal in everything we do.”

As oil and gas production continued to grow in New Mexico, McEntyre said pipelines will become increasingly necessary for the industry’s capacity to send oil and gas from the Permian to market.

“As production has grown, we’ve outgrown the takeaway capacity to move production out of the Permian,” he said. “Pipelines are a critical part of continued growth in southeast New Mexico. They’re hugely important to the industry, and a huge growth area.”