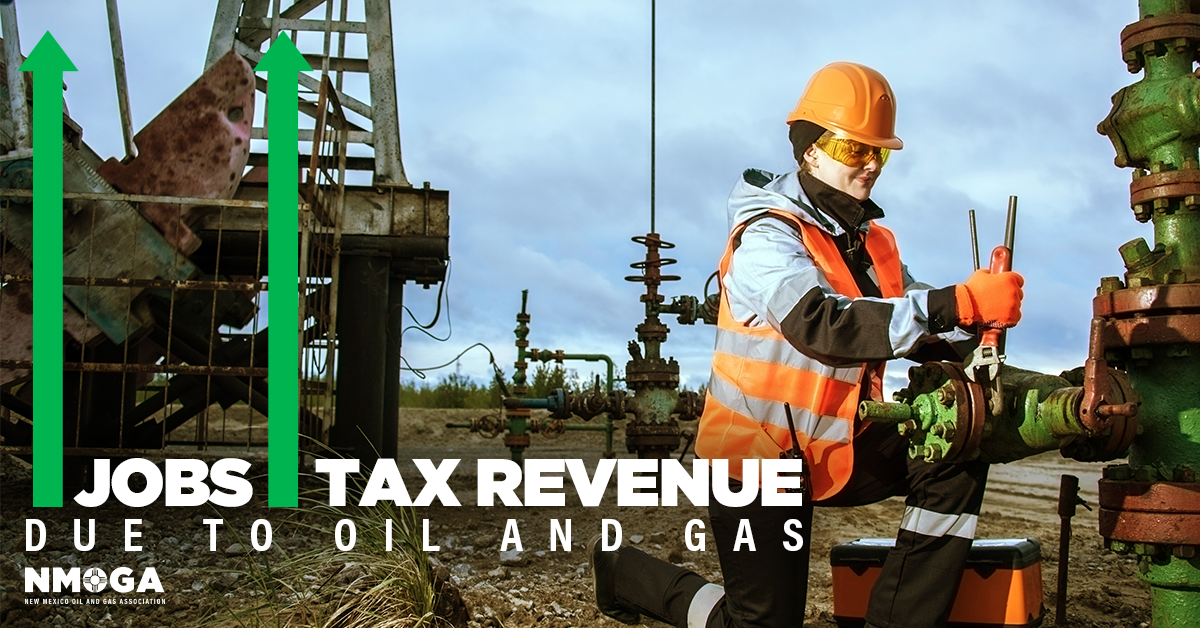 Jobs supported and revenue generated on public lands managed by the federal Bureau of Land Management saw a dramatic increase in 2018, driven by oil and gas operations.

That worked also created an increase in revenue brought in from BLM operations, up to $105 billion in 2018 from 2017’s total of 95.6 billion, records show.

Energy production was a main contributor to the growth, read the study, as the BLM leased 13 million acres to the industry in 2018 for a total of 25 million acres leased to oil and gas across the country.

“These numbers indicate that we are achieving those objectives, while increasing revenues to the United States Treasury and benefitting families across the nation.”

The New Mexico BLM office, which also manages lands in Kansas and Oklahoma, generated $20 billion total, records show, with $18.9 billion coming from oil and gas – the most in the country.

The September 2018 sale broke the BLM’s record with $972 million in revenue created through the sale of land leases to the oil and gas industry for extraction operations.

“America’s public lands are a key driver of the nation’s economy, particularly in states across the West,” said BLM Deputy Director for Policy and Programs William Perry Pendley.

“The jobs and communities these lands support are vital to millions of Americans, and the Bureau of Land Management is proud to make sure economic activities continue in a sustainable, environmentally-sound manner.”

The Permanent School Fund was established in 1854 by Texas lawmakers to specify revenue on certain lands in the state be earmarked for public schools.

Since it was created, the Texas General Land Office generated more than $23.9 billion for the PSF.

Texas Land Commissioner George P. Bush announced that the leases on PSF lands generated more than $1 billion in revenue in 2019, the most in history, in a Friday news release.

The growth in funds was driven by oil and gas development in the Delaware Basin, on the western side of the Permian Basin which spans through southeast New Mexico and West Texas.

Operators typically drilled one- to two-mile-long horizontal lateral wells in the Bone Spring and Wolfcamp Formations, read a news release from the Texas General Land Office, where the PSF owns several million acres of mineral rights.

The U.S. Geological Survey reported the discovery of the “largest continuous oil and gas resource potential ever” in November 2018, identifying 46.3 billion barrels of oil, 281 trillion cubic feet of natural gas and 20 billion barrels of Natural Gas Liquids in the Wolfcamp and Bone Spring.

“The results we’ve released today demonstrate the impact that improved technologies such as hydraulic fracturing and directional drilling have had on increasing the estimates of undiscovered, technically recoverable continuous (i.e., unconventional) resources,” said Walter Guidroz, Program Coordinator of the USGS Energy Resources Program, when the USGS report was published.
Almost a year later, Bush said oil and gas continued to be main driver of the state’s economy, and funding for public education.

“There is no doubt, the Texas miracle continues to produce,” he said. “For the first time in history, the General Land Office is proud to announce that over $1 billion in revenue has been generated from oil and gas leases on PSF lands.

“This historic number will help us send even more money to students and classrooms across the state. There is no doubt, oil and gas keeps the Texas economy moving.”