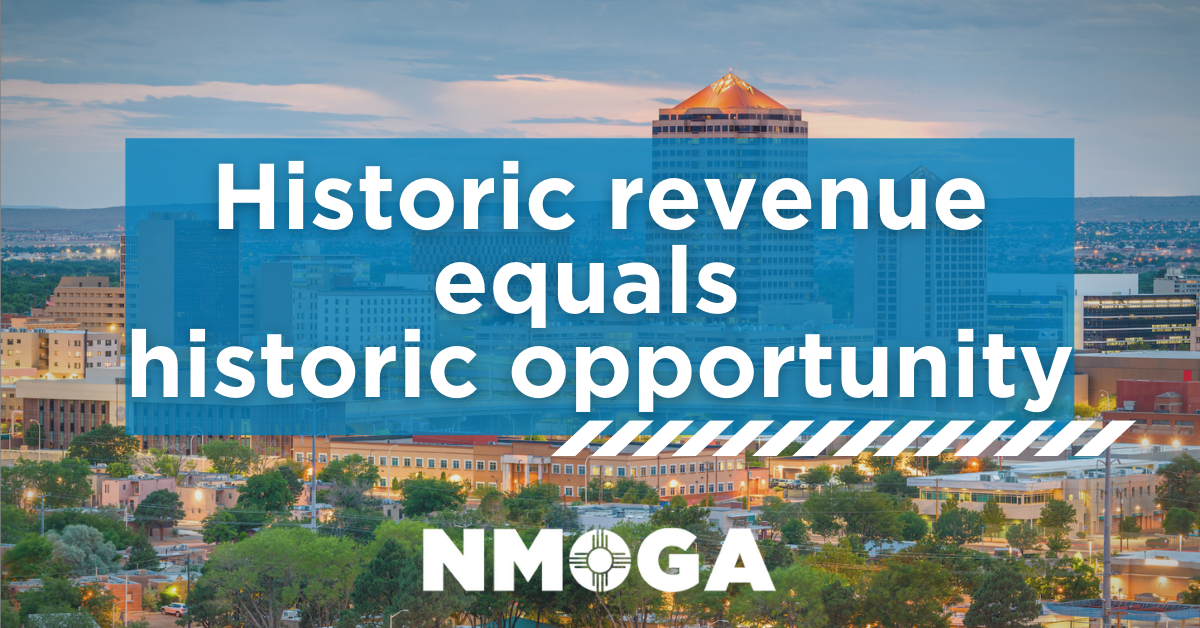 (The Center Square) - New Mexico’s oil and natural gas industry contributed $5.3 billion to state and local governments in tax revenue in the fiscal year 2021, the highest figure ever recorded in state history.

A new report published by the New Mexico Tax Research Institute found that revenue from New Mexico’s oil and gas industry increased by more than $500 million from fiscal year 2020 on production growth and improving market conditions.

New Mexico also became the second-largest oil producer in the United States in FY21, behind Texas.

The last industry record was $5.16 billion in tax revenue generated by the industry to the state in FY2019.

The industry is by far, the largest economic and fiscal contributor to New Mexico, funding more than one-third of the state’s entire budget of 35%. It also supports more than 134,000 jobs and $27 billion in annual economic activity.

The state’s oil and gas industry contributed $2.96 billion to New Mexico’s general revenue fund and $1.95 billion towards other state taxes, royalties, and revenues. It also paid $358 million in local taxes.

“2021 saw a remarkable recovery in New Mexico’s oil and natural gas industry as producers maintained record production levels and gradually restored drilling over the course of the year,” Richard Anklam, President of the New Mexico Tax Research Institute, said of the report’s findings. “While some revenue streams initially dipped on curtailed drilling activity, the rebound in market prices and consistently high output lifted direct taxes on production by 40 percent. As drilling returns, production grows, and prices stabilize, policymakers and New Mexicans alike have every reason to be cautiously optimistic about the industry’s revenue contributions in future fiscal years.”

Leland Gould, president and CEO of the New Mexico Oil and Gas Association said that historic revenue translates into “historic opportunity,” which is “great news for teachers and students, critical first responders and healthcare workers, and each and every New Mexican across this state.”

“For years, New Mexico has cemented itself at the center of the domestic oil and gas production, and the investments being made in our state are paying off in a big way,” he added. “The only obstacle to future growth, production, and revenue is policy. Lawmakers in both Washington and Santa Fe should take note of the fact that safe, responsible oil and natural gas production in New Mexico is a win for the environment, a win for local communities, and clearly, a big win for all New Mexicans.”

Public schools continue to be the largest beneficiary of oil and natural gas revenue, with $1.04 billion going to public education and $275 million going to New Mexico universities, colleges, and other institutions of higher education in the 12 months ending in June.

New Mexico’s 2021 Teacher of the Year, Alisa Cooper de Uribe, said in a joint statement with the NMOGA that the industry’s support of public education, enabled teachers like herself to “have access to opportunities for sharing knowledge and skills to serve our students and school communities.”

Support from the oil and gas industry “provides resources for our children, uplifts and recognizes educators, and strengthens hard-working school communities,” she added. “The result is an invaluable investment in our state’s future, with positive butterfly effects taking place in classrooms across New Mexico."

The NMOGA also produced a report, which details how much the oil and natural gas industry contributes in revenue by county.

Of the Institute’s findings, Power the Future Communications Director Larry Behrens told The Center Square. “These results are made possible by the hard-working men and women of New Mexico’s energy industry, and they deserve nothing but our gratitude. This industry is constantly demonized by special interests and their political allies in Santa Fe, yet, they all still line up to eagerly spend the revenue it generates. The fact that record revenue is delivered in the midst of a pandemic and hostile leadership at the state and national level speaks to the resilience of New Mexico’s energy workers.”

Power The Future has warned about the negative impact Biden administration energy policies will have on the New Mexico oil and gas industry, and the state’s economy, if fully implemented.