New Mexico’s Oil Boom: Bounty for One of the Country’s Poorest States 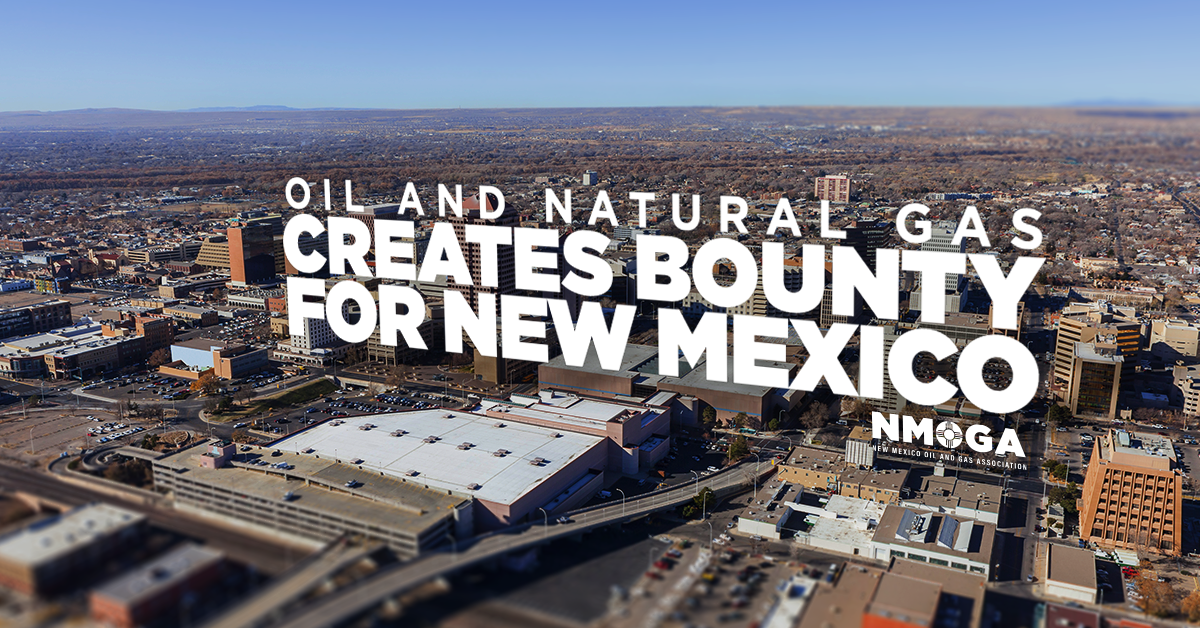 At the diner she manages in the heart of New Mexico’s oil country, Joni Moorhead talks to roughnecks all day long about potholed roads, cramped lodging camps, soaring rents — and state politics.

“I’d load up my guns for the fighting if we could just secede and join Texas,” said Ms. Moorhead from Loco Hills, population about 125. “They love the money from our oil up in Santa Fe. But they treat us like dirt.”

Ms. Moorhead, 42, may sound more extreme than most. But go just about anywhere in southeastern New Mexico, the deeply conservative oil-rich region known as “Little Texas,” and people are seething over a political shift to the left in the state capital.

A frenetic oil boom is laying bare this divide, while suddenly lifting one of the poorest states in the country into the top ranks of global oil producers. Normally that might be cause for celebration, but Democrats now in power in New Mexico are coming under fire on two fronts: from oil patch conservatives, for pushing to hike oil royalties and spend the windfall on progressive causes, and from environmentalists on the left, for allowing the oil boom to materialize in the first place.

After Democrats swept elections in New Mexico in 2018, they quickly enacted a “mini Green New Deal” requiring that by 2045, all electricity in the state must come from renewable energy. Going further, Democrats sought to assert greater control over the oil industry with proposed legislation to hike oil royalties and ban hydraulic fracturing.

Those bills unleashed fury in southeastern New Mexico before stalling in the State Legislature, and revealed an intensifying source of tension: Republican-controlled areas of the state produce the state’s oil wealth, while Democrats decide how to spend it.

Gov. Michelle Lujan Grisham, a Democrat, is moving fast to use the bonanza. New Mexico increased spending this year on early childhood programs, raised teacher salaries and, in one of the boldest state-led efforts to expand access to higher education, unveiled a plan to use surging oil income to make tuition free at public universities.

Conservatives in southeastern New Mexico have reacted with a mixture of resentment and alarm over such plans. Some question why the rest of the state should benefit from their work when their own roads and schools need funds. Mark Veteto, an oilman who is among New Mexico’s largest political donors, argued that a fracking ban could have a draconian impact.

“I’m hearing from friends in Texas, ‘What the hell is going on in New Mexico?’” said Mr. Veteto, a Republican. “We’re a pillar of the economy, we’re thriving, so it’s hard to understand why they’re going after us.”

At the same time, Ms. Lujan Grisham is facing an outcry from progressives about boosting production of fossil fuels that contribute to global warming.

“New Mexico simply needs to keep all of its oil in the ground,” said Mariel Nanasi, executive director of New Energy Economy, a Santa Fe group promoting clean energy sources. Taking aim at the plan to use oil revenues to cover university tuition, she asked, “Why does a college degree frankly matter if someone is graduating into a world of climate disaster?”

With moderate Democrats now largely in control, the multifaceted debate reflects the rearrangement of political power in what has traditionally been a swing state. The 2004 election marked the last time a Republican presidential candidate carried the state. In 2018, Democrats won every statewide office and flipped the congressional seat representing southeastern New Mexico.

Stephanie Garcia Richard, a Democrat elected last year as state land commissioner, acknowledged that people in southeastern New Mexico were chafing at her efforts to tighten control over the oil industry.

“People saw a forked tail and horns coming out of my head and they thought, ‘Garcia Richard gets elected and the entire industry dies,’” said the commissioner, a teacher who is the first woman and the first Latina in the post.

“We’re holding people’s feet to the fire, absolutely we are,” she said, emphasizing that her proposal to raise oil royalties to 25 percent, hotly contested by oil producers, would only match the rate in Texas. “But this state matters to me.”

New Mexico’s oil industry is thriving, she said, with production forecast to reach the milestone of 1 million barrels per day later this year.

That projected surge has some environmental leaders in the state fuming. The mini Green New Deal, they say, shifts electricity production away from fossil fuels — mainly coal — but does nothing to scale back the oil production that also contributes to climate change.

Others on the left eye the boom from another angle, saying the oil windfall is a sliver of what it should be in relation to New Mexico’s new significance in global oil markets.

“So much of the profit from this boom is flowing to Houston or London when it should remain in New Mexico,” said Mr. Goldstein, now with the Environmental Defense Fund.

Hobbs, a city in the heart of oil country that straddles the state line with Texas, has daily flights to Houston but none to any cities in New Mexico. Here, it is apparent that at least some of the oil bounty stayed in the state.

Well-kept walking trails and bike paths traverse the city of 38,000. Miguel Corral, 33, a Mexican immigrant with an oil field trucking business, opened a new rodeo arena this year featuring everything from roping competitions to boxing matches and country western bands.

Vehicles with Texas, Louisiana and Oklahoma license plates ply the roads, reflecting an influx of out-of-state job seekers. With recent high school graduates earning more than $100,000 a year in the oil fields, some in Hobbs bemoan the rising cost of living.

Jazmine Brantley, 33, an economics professor from Atlanta who lived in Hobbs briefly in 2016, said she was stunned when she moved back in August. Rent for a one-bedroom apartment in her complex had surged from $735 a month to $1,100.

Dean Johnson, 60, who makes cowboy boots by hand out of caribou, shark and ostrich, said he was able to sell each pair for $1,450 and up — and some customers have to wait two years.

“We’re humming along, doing good for ourselves and making a load of money for New Mexico,” Mr. Johnson said. “But we know the rest of the state would get rid of us if they could.”

Some tension involves historical cultural differences. Elsewhere in New Mexico, people often disdain any association with Texas, sentiment stretching back at least to a disastrous attempt by the pro-slavery Republic of Texas to invade New Mexico in the 1840s.

In much of New Mexico, Hispanic history and culture, along with the Spanish language enduring in the state for centuries, are celebrated. Ms. Lujan Grisham, a Hispanic Democrat, won the governor’s race in a landslide last year against Steve Pearce, an Anglo Republican from Hobbs.

In southeastern New Mexico, politics remain largely dominated by Anglos — even though Latinos account for nearly 60 percent of the population of Lea County, which includes Hobbs. When the only Latino on the county commission this year proposed a $1,500 bonus to county employees who pass a Spanish proficiency test, the commission, made up entirely of Republicans, rejected the proposal.

Residents in the southeastern part of the state openly express admiration for Texas’ culture and economic mettle. Many speak with an accent closer to that of Abilene than Albuquerque.

“We’re pretty far from Santa Fe out here,” said Bob Reid, chief executive of the JF Maddox Foundation, a philanthropic group started by a longtime utility magnate in Hobbs that is among New Mexico’s largest private foundations. “Even our liberals tend to be a little more conservative.”

West of Hobbs, on a road cutting through fracking sites and gas flares lighting up the night sky, lies the epicenter of the oil boom: the town of Carlsbad.

Traffic congestion, housing capacity, law enforcement shortages — all are posing problems in a town whose 29,000 residents are increasingly agitated by oil royalties flowing to other parts of New Mexico.

“Man camps” are popping up all over town, providing temporary housing for the overwhelmingly male work force in the oil fields. At one such camp, occupancy in October was at 100 percent, with nearly 400 people staying in prefabricated buildings, according to the manager, Rocío Delgado.

Ms. Delgado said she had tried, and sometimes failed, to keep the rowdiness down.

“Guys were dressing up prostitutes in work uniforms, trying to sneak them in when they were pulling in with their trucks,” she said. “I cut that out right quick.”

Businesses of all types have such a hard time finding workers that recruiters pitch gigs in the Walmart parking lot. Walmart lost so many employees to better-paying jobs that it poached cleaning ladies from the man camp, Ms. Delgado said. The women, who came in from El Paso, now work as cashiers, and Walmart covers their rent at the camp.

Mr. Davis, a former executive for the oil giant Chevron who moved from Australia, said breakneck growth in Carlsbad and Hobbs could soon produce a metropolitan region similar in size to Midland-Odessa in West Texas, which have a combined population of more than a quarter of a million people.

At the No Whiner Diner, a sign in the parking lot seemed to be chiding the state for Carlsbad’s colossal traffic jams: “Congestion not just in your head,” it said.

The other side proclaimed, “Santa Fe taketh more than giveth.”