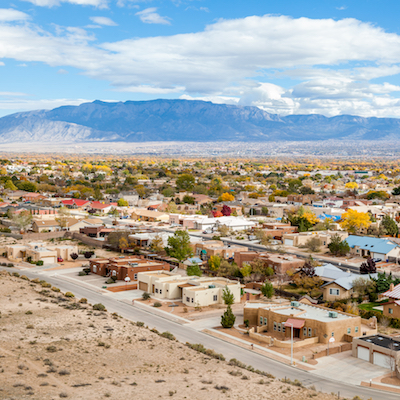 New Mexico oil production is booming at levels never before seen in state history, pushing output last year to an all-time record of 171 million barrels, according to the latest statistics from the state Oil Conservation Division.

The boom reflects massive investments in the New Mexico side of Permian, where huge companies like ExxonMobil are sinking billions of dollars into new drilling and exploration, said New Mexico Oil and Gas Association Executive Director Ryan Flynn.

“2017 was a record-breaking year because of the prolific growth and potential producers are seeing in the Permian Basin,” Flynn said. “Last year, oil and natural gas producers invested more than $13 billion in New Mexico, and these investments are clearly beginning to have an overwhelmingly positive impact.”

Many things are fueling today’s gushers. Foremost are hydraulic fracturing and horizontal drilling, which have opened up oil deposits trapped in the basin’s hard shale-rock formations, combined with particularly lucrative pools of hydrocarbons crammed into strategic locations in southeast New Mexico.

That includes the Delaware Basin, an oval-shaped rock formation within the Permian that protrudes from southwest Texas northward into Lea and Eddy counties. That area has become one of the country’s most prolific oil and gas zones, producing some of the highest returns for oil firms operating in the United States.

That’s made New Mexico the third-largest oil-producing state in the nation today, surpassed only by Texas and North Dakota. It’s also turned the Permian into one of the world’s premium growth basins, rivaling traditional producers in the Middle East and elsewhere.

The U.S. Energy Information Administration predicts the Permian will soon become one of the world’s top oil assets, with 80 percent of new global demand being met by American production, predominantly from the Permian, Flynn said.

“New Mexico is literally positioned to be a global leader in energy production,” Flynn said. “That’s what the numbers all point to.”

The Permian kept producing even during the recent global industry bust, which pushed world prices down from about $100 per barrel in 2014 to just $28 by early 2016. New Mexico’s output continued to climb throughout the downturn. Production reached 147 million barrels in 2015, which at that time was an all-time high that surpassed the peak production levels reached in the early 1970s.

Prices have since climbed back above $60 per barrel, thanks to production cutbacks by members of the Organization of Petroleum Exporting Countries, plus rising global demand, which is helping reduce world oversupply. That bodes well for New Mexico.

“We can expect this record-breaking production will become the norm for the next several years,” Flynn said. “The Permian Basin is becoming the epicenter of global production now, and that’s great news for New Mexico.”

Rising prices and production have pulled New Mexico out of its budget crisis, which led to harsh cuts in state spending in recent years. During the recent legislative session, the Legislative Finance Committee projected $292 million in “new money” for the new fiscal year, largely from increased oil and gas revenue.

That allowed the state to replenish its depleted reserves, tucking 10 percent of revenue away for unforeseen shortfalls during the new year.

“We’re still on a feast-or-famine feed cycle,” Smith said. “We need to take advantage of the current revenue stream to mitigate the hills and valleys.”