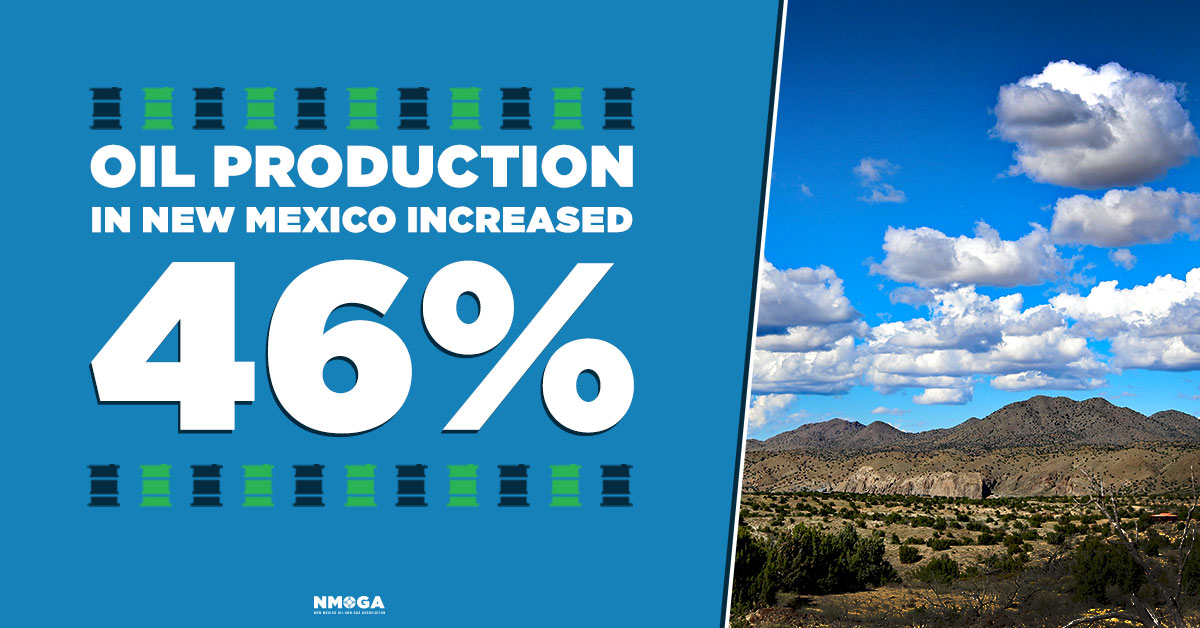 “Record energy production is not only good for jobs and the communities where we produce oil and natural gas, it means important funding for our public schools and the entire state budget while protecting our environment and natural resources,” said Flynn.

Flnn continued to say leaders in New Mexico should focus on finding ways to safely continue the growth that is helping turn New Mexico around.

New Mexico natural gas production is also on upswing, coming in at a ten-year high of 1,488,471 million cubic feet for 2018 marketed production.

New Mexico is the third-largest oil producer in the United States, having cemented the position with rapidly increasing production in the Permian Basin.

New Mexico oil producers are showing no signs of slowing down, having also reached a monthly production milestone of 25.3 million barrels of oil in December.

Increased production has led to rapid growth for communities in southeast New Mexico, but it is also having an impact around the state and in the state capitol.

Total industry contributions to the state in Fiscal Year 2018 totaled $2.2 billion, including $822 million in funding for public schools and nearly $241 million for the state’s universities, colleges, and other higher education institutions.