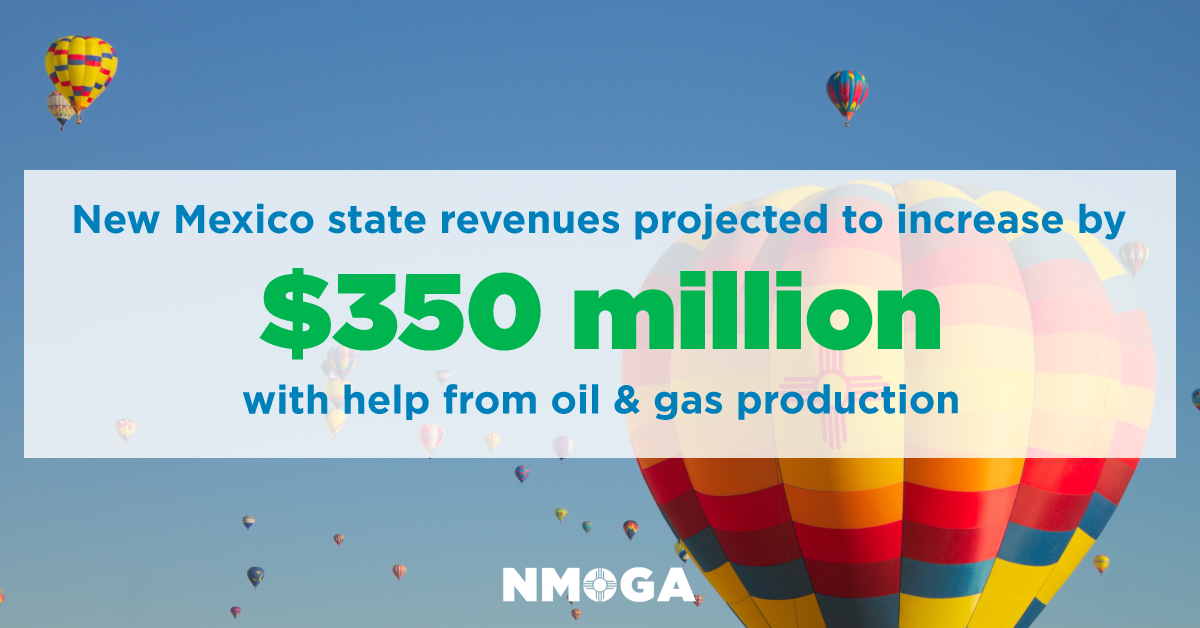 Jun. 9—Revenues for the state of New Mexico are tracking ahead of financial forecasts to the tune of $350 million, allowing the government to reduce the amount of money it will have to siphon out of its rainy day fund in the upcoming fiscal year.

The better-than-anticipated revenue picture stems from increases in gross receipts and other taxes, as well as royalties from oil and gas production on federal land, Dawn Iglesias, the Legislative Finance Committee's chief economist, told legislators Wednesday.

The state government had projected to draw a little over $1 billion from reserves to cover the budget for fiscal year 2022, which begins July 1.

"That's primarily due to the increased prices that we've seen since the [60-day legislative] session, as well as higher than expected production," she said.

The biggest increase in revenues — nearly $157 million — is attributed to gross receipts taxes.

But overall gross receipts tax collections are still down compared with fiscal year 2020.

"We're down 8 percent for the fiscal year through March, and that's primarily driven by declines in reduced oil and gas drilling activity," Iglesias said.

Despite having fewer active drilling rigs — down from an average of 114 in March to 71 now — producers are tapping into previously drilled but uncompleted wells, she said. What that means, she said, is that production in New Mexico is recovering even though the number of active rigs has declined.

"New Mexico is the only top oil-producing state to have recovered to prepandemic levels of oil production," she said.

In contrast, Texas, which makes up about 75 percent of the Permian Basin, is down about 13 percent in total production.

"When you see overall production numbers for the Permian Basin and they say that production in the Permian is down, that is primarily reflecting Texas and not necessarily New Mexico," Iglesias said.

Production in North Dakota, previously the No. 2 producer in the country, hasn't recovered either.

Oil and natural gas prices are both tracking ahead of forecasts, too. The state's so-called consensus forecast in February projected $43 a barrel but is on track to average about $49 a barrel.

For [fiscal year 2022], they're currently on track to average over the course of the fiscal year $57 a barrel," Iglesias said. "That's a comparison to a forecast of $47 a barrel, so a pretty significant increase in price expectations."

A $1 increase in the per-barrel price of oil translates into an estimated $23 million impact on the state's general fund.

Oil and gas revenues account for about 30 percent of the state's budget, but it wasn't the only revenue source that exceeded projections.

"Total consumer spending as of May was 13 percent higher than it was prior to the pandemic, and even though the state's unemployment levels remain very high, our consumer spending in the state actually began exceeding the prepandemic levels at the beginning of this calendar year," she said.

Consumer spending was high for all income earners.

"We see that primarily because of the very large federal transfer payments, both through stimulus checks and enhanced unemployment benefits, that are really helping to support spending for low- and middle-wage earners," she said, adding data showed "large bumps in retail spending" correlating with the distribution of federal stimulus checks.

While employment is recovering, Iglesias said, it is still about 8 percent, or almost 72,000 jobs, below prepandemic levels.

"As of April, the state had regained about 31 percent of the jobs that were lost during the pandemic," she said, adding the University of New Mexico's Bureau of Business and Economic Research estimates the state won't reach prepandemic employment levels until about 2024.