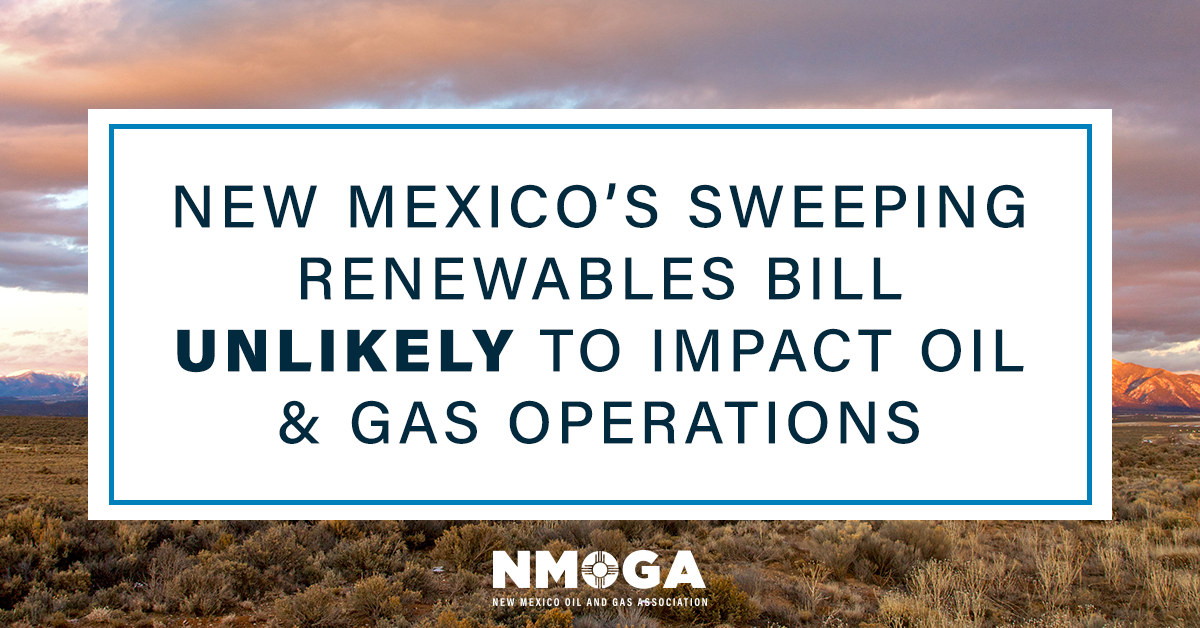 New Mexico Gov. Michelle Lujan Grisham signed into law Friday a bill establishing a 100% carbon-free goal for the energy mix in 2045, which aims to transition from coal resources to total reliance on renewable energy sources.

The Energy Transition Act, Senate Bill (SB) 489, would require zero-emission energy in 26 years for the oil and natural gas-producing state.

Grisham has called the measure "a really big deal." Initially the legislation was conceived by major environmental groups and was supported by the state's largest power utility, PNM Resources and the Conservation Voters of New Mexico.

New Mexico Oil and Gas Association (NMOGA) spokesman Robert McEntyre recently told NGI that since SB 489 pertains to electricity generation, not oil and gas production, the trade group would usually withhold comment. But he said NMOGA thinks "that New Mexico can continue to grow our oil and natural gas production while expanding the availability of renewable energy."

The first-year governor said the new law would make New Mexico "a national leader in clean energy." It would establish a statewide renewable energy standard of 50% by 2030, 80% in 2040 and zero carbon resources for investor-owned utilities by 2040.

"PNM Resources were definitely consulted along the way as to whether or not we could meet some of the targets in the bill," utility spokesperson Raymond Sandoval told NGI. "After a number of conversations with the governor's office, we did ultimately support SB 489.

In June, PNM plans to file with state regulators for abandonment of the San Juan plant, in which it is the majority owner/operator, and beginning the discussions on replacement resources, Sandoval said. "Now that we have a firm mandate from the state, we now know what we need to do to meet those goals, so it will change how are revised IRP will go.”

Legislative leaders and the head of the Navajo Nation praised the measure. "This is a gift for our children and children of New Mexico who aren't yet born; clean energy is the future of our nation," said Navajo Nation President Jonathan Nez.