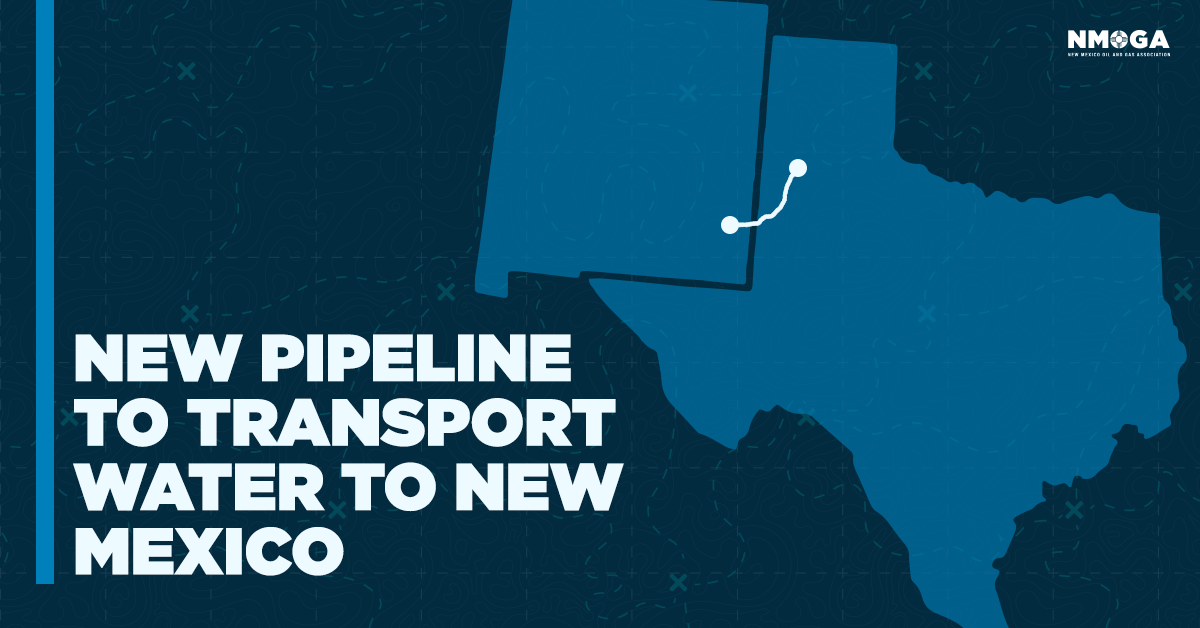 ALBUQUERQUE, N.M. — Oil companies in the Permian Basin of Texas and New Mexico need millions of gallons of water to retrieve petroleum.

At the same time, the city of Lubbock, Texas, spends $1 million each year to dispose its treated wastewater at two city farms.

Enter Palisade Pipeline, a Houston-based company with plans for a 100-mile pipeline to transport wastewater from Lubbock to the Permian Basin.

The company signed an agreement in June of 2019 to buy 6 million gallons of wastewater a day from the City of Lubbock.

“This is a win-win for the community of Lubbock, and also to industry, to basically do a flip from a waste stream into a revenue resource,” said Reagan Kneese, Palisade’s executive vice president of operations. “Hobbs will act as our operations hub to distribute that water to various end users in Eddy and Lea counties.”

Lubbock treats the wastewater, so Palisade doesn’t need further treatment. Pumps along the route will transport water from a Lubbock city reservoir and reclamation plant to a reservoir in the Hobbs area.

The project comes as New Mexico encourages companies to recycle their produced water – the wastewater that surfaces along with petroleum – instead of pumping scarce fresh water.

“When you think about how concentrated oil and gas is in one region of New Mexico, it’s a tremendous amount of water used in a very water-starved region,” said Palisade president Phillip Laughlin. “… Every barrel of water we bring offsets a barrel of potable groundwater that would have been taken out of the hydrologic cycle.”

Originally Palisade marketed their wastewater to industry. But the company soon realized its product could also be sold to power plants and municipalities.

“Municipal reuse is checking those boxes now that produced water is trying to get to,” Kneese said.

The City of Jal is interested in using the Lubbock wastewater to offset groundwater depletions from nearby fracking operations. Jal is currently protesting an application by Intrepid Potash and NGL Energy Partners to pump more groundwater.

“Once that water’s gone, it’s not coming back,” Jal mayor Stephen Aldridge said earlier this month. “That could devastate future water supplies for a small community like ours, where every drop counts.”

Palisade will source pipeline materials this year. The build will take 6 months and cost “tens of millions of dollars,” Laughlin said. The company aims to have water flowing through the pipeline before the end of 2021.