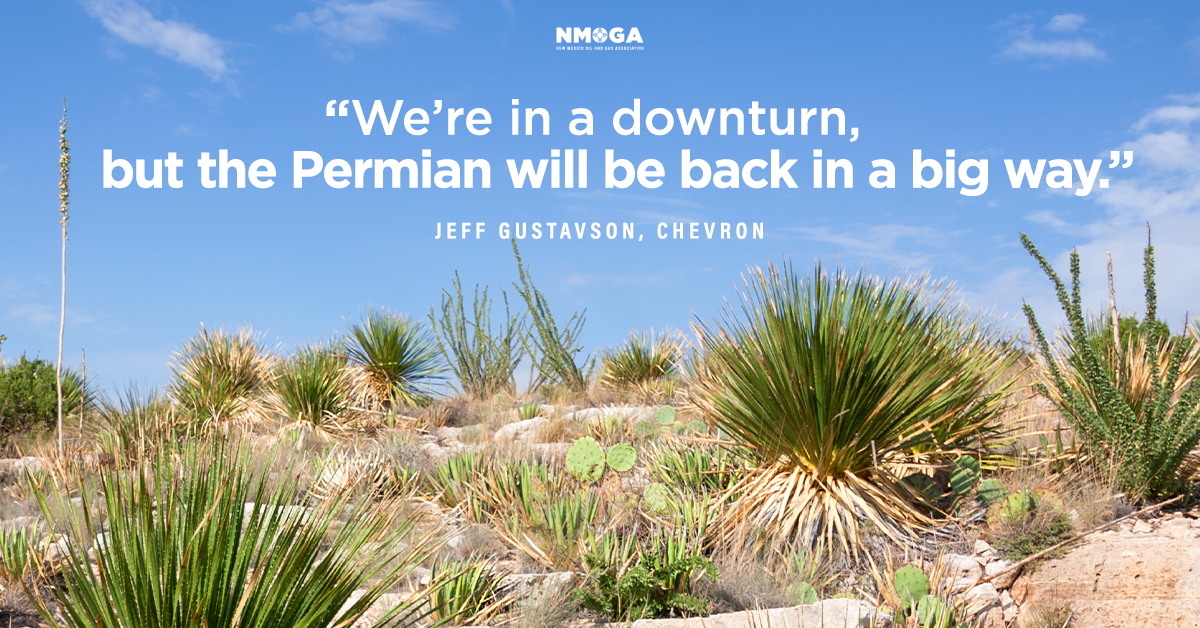 Last week, the environmental group, along with GaffneyCline, issued a report that instead focused on best industry practices to eliminate flaring in the Permian Basin.

“We’ve been engaged on flaring since the beginning of the great shale boom,” said Colin Leyden, director, Regulatory & Legislative Affairs at Environmental Defense Fund, during a webinar to discuss the report.

While the organization has been issuing reports on the large amounts of flaring and methane emissions in the Permian and the environmental harm being done, Leyden said this report highlights possible solutions and how some companies are prioritizing the issue and making investments to mitigate or eliminate flaring in the region.

“There are top-tier operators in the Permian Basin with respect to flaring techniques, compared with the average of 2.7 percent flaring,” said Jennifer Stewart, carbon management strategy and policy lead at Gaffney, Cline & Associates, during the webinar.

Using public data from Texas and New Mexico regulatory agencies, Stewart – the report’s author -- said they wanted to find out “How did they get these results? Was there a silver bullet? What was the answer?”

She said what emerged were three main themes: a strong governance and corporate culture with regards to flaring; a strong commitment to reduce or eliminate flaring by not putting wells online without the takeaway infrastructure in place beforehand; and best-in-class practices to ensure flare functionality and reduced vapor emissions.

That corporate culture must extend from the boardroom down to the field level, so that when a field operator must make a decision about flaring, that decision will reflect the corporate culture, Stewart said. Tying compensation metrics to flaring performance, and making flaring goals public increases accountability, she said.

If there is a silver bullet, she said it is to not flare at all. While takeaway capacity often has been cited as a reason flaring in the Permian Basin has increased, she said that should not be a barrier but a constraint that should be addressed by ensuring takeaway infrastructure is in place before a well is placed into production and the willingness to shut in a well until that infrastructure is available.

That requires strategic, long-term planning and communication, not just within the company but with the producer’s midstream partner, Stewart said.

While she said some flaring may be required because of operational upsets, high gas line pressure or safety reasons, the companies with best practices use trained staff or contractors to routinely and frequently check flares to ensure the equipment is functioning properly and emissions monitors and controls are incorporated into facilities design. They also install vapor recovery units at most, if not all, pad sites to achieve maximum emissions capture efficiency, she said.

Jeff Gustavson, vice president of Chevron’s North America Exploration & Production Mid-Continent Business Unit, said during the webinar that the issue of flaring is garnering not only a lot of attention inside the company but outside the company from its external stakeholders.

“Especially the investor community,” he said. “More and more, we get questions not just about flaring but about our environmental performance overall. That’s true of the company, of the industry and what we do in the Permian Basin.

“In the Permian Basin, flaring is a significant issue,” he said. “Look at the volumes last year; the amount is staggering and growing. The environmental impact is real, the economic impact is real. We’re burning a product that has value.”

“It’s a manageable problem,” he said. “The best proof of that is the five companies Jennifer spoke to. These are companies large and small. This isn’t a big-company issue, it’s not a small-company issue. Companies are managing because they plan appropriately. The economics are not insurmountable, even in the last year, when gas prices went negative for periods of time. You don’t need that high of a natural gas price in the Permian to make some of the investments necessary and make some of the actions economic. But you have to plan.”

The commitment has to come from the top, he said, with making the issue a priority, setting targets, communicating that throughout the company and forming partnerships across the value chain, he said.

Dave Maccarrone, managing director, J.P. Morgan Asset Management, said that when his firm evaluates energy stocks, “we also evaluate the sustainability factors. We see economic waste in gas flaring. When we talk best practices, the Permian can be one of the lowest-cost environments in extraction costs globally, and the highest return on capital in the world.”

It’s important for his company and other investors to support policymakers – legislators and regulators – as they craft regulations that support the elimination of routine flaring, Maccarrone said.

“Voluntary actions have not delivered the change we’re talking about. We have to realize the oil and gas industry as a whole faces a variety of risks in maintaining their social license to operate,” he said. “That will come into question over time if industry performance does not improve. Zero routine flaring will result in reduced costs, as well as delivering environmental benefits. The world is changing and because of those changes, it will drive company operations and stock valuations.”

“To put flaring in the rearview mirror, we need concrete measures,” which will require strong regulatory bodies like the Railroad Commission, he said.

“The EDF believes if we’re going to tackle this problem and bring everyone along, we need to set a strong goal of where we want to get with flaring, a sort of North Star to guide us,” Layden said. “Ultimately, it will be agencies like the Railroad Commission to adopt policies to eliminate flaring in Texas and a roadmap to get us there. It’s ambitious, it’s achievable. A lot of companies are committed to zero or near-zero emissions. There are probably a lot of policy options along the way.

“The industry panel Railroad Commission Chairman Wayne Christian has asked for recommendations; it will be interesting to see if there’s something there that’s a real start. It’s great to see JP Morgan stepping up on this,” he said. “My sense is, investors are asking tough questions of the oil and gas sector on environment, social and governance. It’s good for shareholder value, good for their license to operate, good for the environment and good for their clients. I’m cautiously optimistic. As asset managers look at flaring, it will be a chance for a tangible difference.”

Gustavson said the current downturn offers a chance for infrastructure to catch up and reduce the need for flaring.

“We’re in a downturn, but the Permian will be back in a big way,” he said. “We need to take this opportunity in this unique environment to keep the momentum going so we come out of this downturn in a better place.

“I’d be very disappointed to come out of this cycle, with the Permian ramping up investment, and not make significant progress on this issue,” he said.