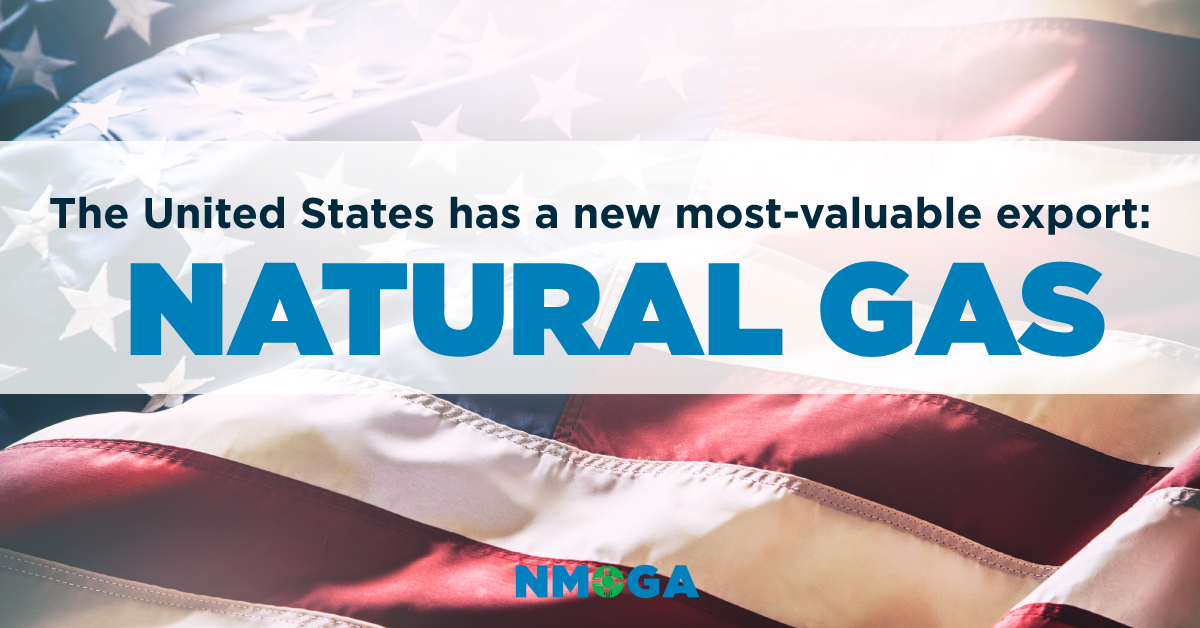 The United States has a new most-valuable export: Natural gas.

For most of the time I have been writing about U.S. export-import trade, there was only one No. 1, aircraft. Boeing basically has dominated U.S. exports for years and years, its only competitor globally the European consortium Airbus.

There was a brief interlude, from 2011-2013, when gasoline and similar petroleum products surpassed the aircraft category, but it was short-lived.

The bigger picture, the story from 30,000 feet, is that there has been enormous turbulence in U.S. trade over the last two years.

A good bit of that is due to trade policies from former President Trump, including a still-ongoing trade war with China. A good deal of it is due to Covid-19, which shut down large swaths of the global economy, from aviation to hospitality, while enriching others, including, of course, masks, surgical gowns and gloves but also computers, bicycles and exercise equipment.

And, last but not least, some of it due to technological innovation, particularly in the energy sector.

How have these three affected the rhythm of international trade?

It’s not just trade by country either. Just in the last 12 months, the United States has had four different No. 1 “ports,” a seaport, two airports and a border crossing.

Traditionally, that position has been held by the Port of Los Angeles but Port Laredo, Chicago’s O’Hare International Airport and New York’s JFK International all ranked No. 1 in the first six months of 2020, as the pandemic first took hold.

O’Hare benefitted from a surge in PPE, largely from China, while JFK from a need for gold traders to have gold in New York in reaction to financial markets driving up the price of the precious metal as the economy wobbled. Port Laredo, it trade dominated by its Mexico trade, largely benefitted from weaking in trade at the Port of Los Angeles, brought on by the trade war.

Even in the world of imports, there has been jostling for the top spot, with motor vehicles and oil swapping places intermittently.

Exports had been largely different, somehow sheltered from the turbulence.

As recently as 2016, U.S. exports of aircraft accounted for 8.33% of the value of all U.S. exports. That’s a percentage that might not sound like much until you consider there are more than 1,200 export categories at the four-digit level, which is what I use to analyze U.S. trade, and that No. 2 oil accounted for about half of that at 4.26%.

What’s happening on the export side, the reason oil exports, gasoline exports, and now natural gas and LNG exports have soared, is simple: hydraulic fracturing. Once the United States discovered it could extract oil, gasoline and natural gas from beneath Texas, North Dakota, Pennsylvania, New Mexico and elsewhere, it was off to the races.

In February, the latest statistics available from the U.S. Census Bureau, natural gas and other petroleum gases accounted for 5.2% of all U.S. exports. For the first time ever, it ranked first among all U.S. exports.

Year-to-date, that percentage is 4.3%. For the first time ever, it ranked No. 1 on a year-to-date basis (not counting the single month of January) with 4.3% of the total.

U.S. exports of natural gas, LGN and similar petroleum products were up 76.1% through Februating, when compared to the same two months of 2020.

The big change with exports of natural gas and other gaseous hydrocarbons is the destination. While Mexico has been the No. 1 market since 2015, when it supplanted longtime No. 1, Canada, its market share has exploded this year.

Through February, exports totaled $4.05 billion, or more than the total of all exports sent to Mexico in all of 2016, two-thirds of the total for all of 2020.

That surge is having an impact on the seaports and border crossings in Texas. Port of Houston exports have jumped almost 31% to $1.86 billion while those in Pharr have increased more than 315% to $1.83 billion. Beaumont exports are up almost 210% while those in Brownsville jumped 677.23%.