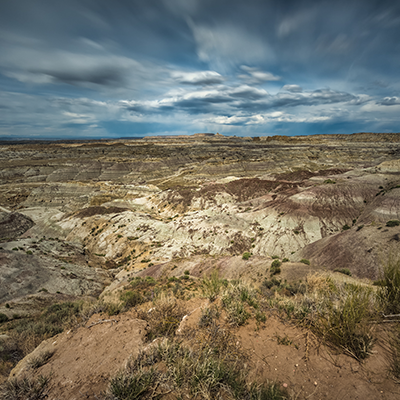 SANTA FE, NEW MEXICO – A federal judge has dismissed a lawsuit brought forward by a band of environmental activist groups against the United States Bureau of Land Management.

“Protecting the environment and maintaining New Mexico’s cultural treasures are of the utmost importance, and are a priority for every oil and natural gas operator. This decision underscores those commitments, and affirms the extraordinary steps taken to ensure responsible energy development on public lands,” said Ryan Flynn, Executive Director of the New Mexico Oil and Gas Association. “Judge Browning’s decision is a rejection of obstructionist practices routinely employed by activist groups to disrupt the oil and natural gas industry, New Mexico’s primary economic engine. This was never a case about the merits, it was yet another moment for activists to hijack economic growth for our state and put a halt to badly needed revenue for our schools and roads.”

Judge Browning’s ruling is a staunch rebuke to allegations leveled by activists that BLM did not adequately consider environmental and historical impacts according to the National Historic Preservation Act and the National Environmental Policy Act. Browning affirmed BLM’s approach, writing, “BLM adequately considered potential impacts near oil and gas wells. Chaco Canyon and related sites are outside the zone of the challenged wells' impacts.”

Activists groups had sought an injunction against BLM permitting, drilling, and other oil and natural gas activity around Chaco Canyon. The BLM has already established a 10-mile buffer zone restricting leasing and nominations for oil and natural gas development around Chaco Culture National Historical Park, and within the park itself. The buffer zone and those restrictions remain in effect.

Protests and delays driven by activist groups are common events in New Mexico. In 2016, activist groups protested a BLM oil and natural gas lease sale in the midst of a delicate fiscal position for the state, delaying $70 million in critical revenue. That protest, filed by activist groups Wild Earth Guardians and the Center for Biological Diversity, took eight months to resolve. Legislative leaders said the delay gave the state an “unacceptably slim margin” for the budget that funds public schools, healthcare, and roadways. Wild Earth Guardians was a plaintiff in the lawsuit against BLM, providing legal counsel alongside the Western Environmental Law Center.

New Mexico is one of the United States’ leading producers of energy, ranking 3rd in oil production and 9th in natural gas. Revenue from oil and natural gas royalties, taxes, and fees is the single largest source of revenue for New Mexico, totaling $1.742 billion last fiscal year, including $711 million in funding for public schools and nearly $223 million for the state’s universities, colleges, and other higher education institutions.

The court’s opinion and final judgment can be found here: https://www.nmoga.org/dine_v_blm.