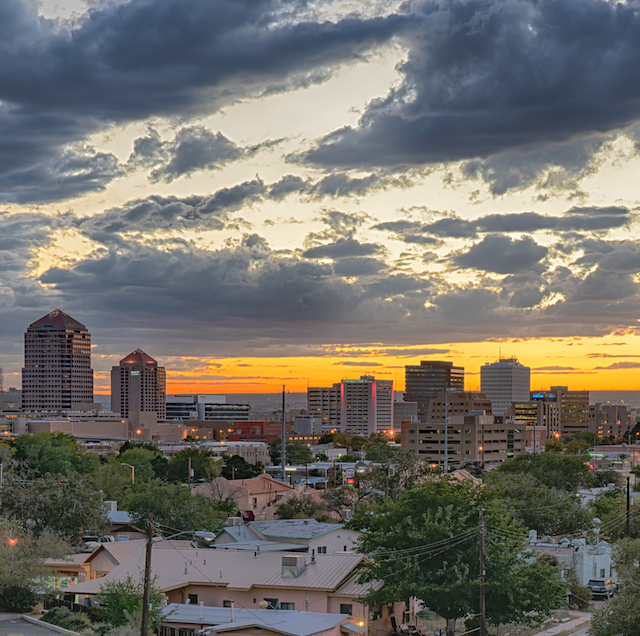 Zinke in December announced his intent to restructure the Interior Department, saying that the current configuration of the sprawling, 169-year-old federal land management department with deep roots in New Mexico is inefficient, cumbersome and duplicative. Deputy Secretary David Bernhardt – second-in-command at Interior – told the Journal last week that Albuquerque could play a pivotal role in the reorganization, possibly as the site of a national Bureau of Land Management headquarters.

Zinke wants to move hundreds of public employees out of Washington and create a new organizational map that largely ignores state boundaries. The new organization would divide most of the department’s 70,000 employees and their responsibilities into 12 regions based on rivers and ecosystems, instead of the current map, based mostly on state lines. The nine agencies within Interior operate separately from one another. The U.S. Fish and Wildlife Service, for example, is managed out of eight regional offices. The Bureau of Land Management runs 12 state-based offices, one of which is in Albuquerque.

Zinke’s plan is to create 12 or possibly 13 management districts that would encompass all the relevant Interior agencies in each district and move some agency headquarters – such as the Bureau of Land Management – out of Washington and into the western United States. The idea is to put top Interior agency officials closer to the natural resources and cultural sites they manage.

The new configuration would also require different agencies with sometimes overlapping jurisdictions, such as the Bureaus of Land Management and Reclamation, to work more closely together, according to Interior officials.

“If you had senior managers working with each other every day on issues, I think you’d get a lot of issues resolved much quicker,” Bernhardt said. “Once these common regions are aligned, we’ll begin a robust and serious process of gathering data to share resources and services. We’re reorganizing to where we can to improve services to American people.”

The Department of the Interior has a broad portfolio that includes the BLM, Bureau of Indian Affairs, the National Park Service, U.S. Fish and Wildlife Service and five other agencies. The Department employs 3,749 people in New Mexico.

Interior officials hope to have the new boundaries in effect by 2019. It is not yet clear how much the reorganization would cost, how long it would take to fully implement or how many employees would be affected.

As for jobs, the department’s website says: “Our desire is for no one to lose their job as a result of the reorganization. Some fraction of the small number of people who are given new assignments in a different geographic area may choose to voluntarily leave Interior instead. While the increased efficiencies realized from the reorganization will eventually reduce the number of staff positions required to run the Department and fulfill our mission, that is not the goal.”

Sen. Tom Udall, a New Mexico Democrat whose father, Stewart, served as interior secretary under President John F. Kennedy, is skeptical of Zinke’s proposal. He told the Journal that for months he has been pressing for more details about the reorganization and how it would affect New Mexico. Udall has been watching the reorganization process closely, quizzing Zinke and other Interior officials at congressional hearings.

“Unfortunately, I’ve received few specifics or concrete proposals in response,” said Udall, who sits on the powerful Senate Appropriations Committee, which must sign off on any Interior Department spending on the reorganization.

“A proposal of this magnitude must include major outreach to and input from tribes, state and local governments and stakeholders, the conservation community, and the public at large – and it’s clear that effort remains a work in progress, at best,” Udall said.

The New Mexico Democrat also noted that a bipartisan group of Senate appropriators, including him, added language in the current-year Interior Department budget bill prohibiting the department from spending money on the reorganization until more details are provided to Congress.

Rep. Steve Pearce, a Republican who is running for governor of New Mexico, told the Journal that he supports the decision to streamline the Interior Department, but the congressman’s endorsement also came with a warning.

“Exploring options to create efficiency within agencies and departments is something the federal government should be doing,” Pearce said. “It makes sense that the Department of the Interior would be reviewing its current structure. In this process, however, I believe it is essential for New Mexico to retain its state offices.”

The congressman views New Mexico as unique because the Interior Department has such a widespread presence in the state managing national parks, public lands, Indian affairs and other federal tasks. Pearce wants to block any added bureaucracy – especially outside the state. For example, the Bureau of Land Management office responsible for issuing oil and gas leases on federal land is in New Mexico, but it is also plagued by a significant backlog. Moving that function out of state would just extend the bureaucratic delays, Pearce contends. Currently, the BLM takes an average of 250 days to issue oil or gas drilling permits. New Mexico takes just two weeks, on average, to issue a permit on state lands.

“Our state is home to a diverse set of Department of Interior lands and issues – splitting up New Mexico would not create the efficiency the department is looking for,” Pearce said.

Bernhardt told the Journal that Interior has heeded that message.

“In our new plan, New Mexico is not broken up,” Berhhardt said.

Communities throughout the West, including in Colorado, Utah and New Mexico, have expressed interest in hosting a national Bureau of Land Management Office as part of the proposed reorganization. Bernhardt said Albuquerque, with its large existing Interior Department presence, proximity by airplane to Washington, and low cost of living, would be a natural candidate.

“We already have the regional fish (U.S. Fish and Wildlife) folks there, and the BIA and BLM folks. So obviously we have a very big presence there,” Bernhardt said. “I don’t think there’s any way to say it’s off any sort of list, because it checks all of those boxes.”

Bernhardt also said New Mexico’s current status as a relatively purple – instead of dark red or blue state – would make sense from a political standpoint in deciding where to relocate an Interior agency headquarters.

“It benefits to have bipartisan representation, which obviously in New Mexico you have right now,” he said. “It could change (in the November election), but you have a Republican governor, Democratic senators and a Republican House member.”

Early and intense opposition to the reorganization from some Native American groups forced the Interior Department to reconsider its initial plan for the Bureau of Indian Affairs, and Bernhardt said Thursday that tribes will be allowed to opt in or out of the reorganization plan, depending on each tribe’s preference. Initially, the plan would have put the Arizona portion of the Navajo reservation – where the tribe’s capital of Window Rock is located – into one district and put the New Mexico and Utah parts of the reservation into another district. But the BIA has since scrapped that idea. The Navajo Regional Office of the Bureau of Indian Affairs will remain intact if the Navajo leadership prefers, according to Interior officials. “We will leave the (existing) regions for BIA alone,” Bernhardt said.

Although many Republicans in Congress have cheered the Interior Department’s plan to revamp the organization, some Democrats, including Sen. Martin Heinrich, who sits on the Senate Energy and Natural Resources Committee, which has jurisdiction over the Interior Department, have accused Zinke of trying to gut the department and its resources under the guise of reorganization.

“On its face, this looks more like a dismantling than a reorganization,” Heinrich told the Journal in a statement Friday.

“I categorically reject that assumption,” Bernhardt said, adding that it showed “a lack of seriousness” in evaluating the proposal.

Although Democrats and Republicans may have different reactions to the Interior Department’s proposal – or at least what is publicly known about it – plans to streamline the federal government are not necessarily partisan in nature. Members of both parties have introduced legislation in the current Congress that would decentralize the Washington bureaucracy.

In February, Rep. Warren Davidson, R-Ohio, introduced a bill that would require each federal agency to submit a plan by September 2018 to relocate outside Washington and implement the plan by September 2023. In April, Rep. Tim Ryan, D-Ohio, asked the General Services Administration to study and submit plans to relocate agencies and divisions of agencies outside Washington. Ryan’s proposal would prioritize low-income communities for new destinations.