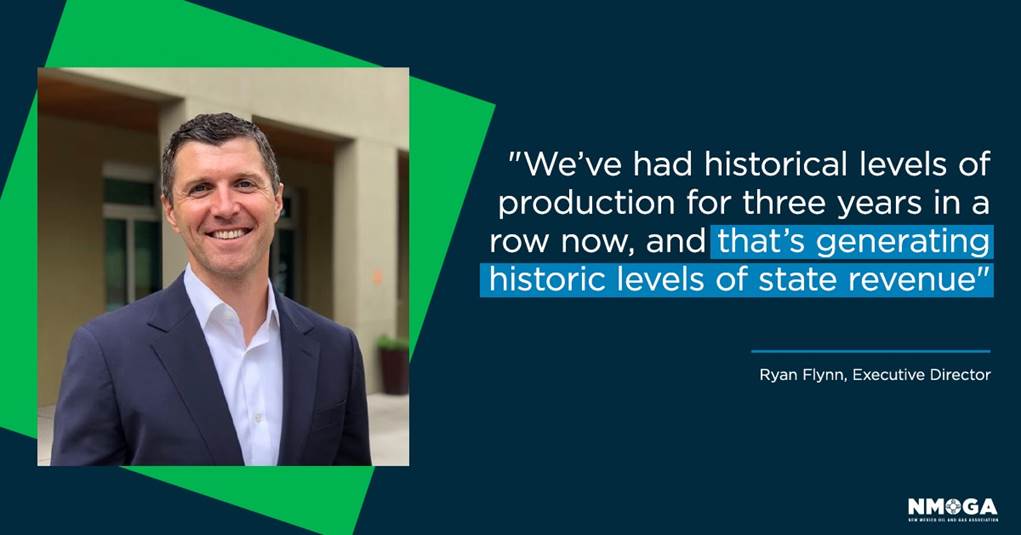 State revenue from oil and gas activity soared to a record $3.1 billion in fiscal year 2019, up 41% from the $2.2 billion generated the year before, according to the latest annual report from the New Mexico Tax Research Institute.

Industry-generated income accounted for 39% of all general fund revenues, the highest share in recent history.

The Tax Research Institute produces the annual report, released Thursday, under contract with the New Mexico Oil and Gas Association.

“We’ve had historical levels of production for three years in a row now, and that’s generating historic levels of state revenue,” Flynn told the Journal.

“Oil and gas revenue provides enough money to support about 29,000 teachers around the state,” Flynn said.

Although industry activities are concentrated in the southeastern and northwestern corners of New Mexico, the biggest public education beneficiaries are concentrated in the Mid-Rio Grande Region. Bernalillo, Santa Fe, Sandoval and Valencia counties received a combined $624 million, or nearly half of the $1.36 billion in education-related revenue generated by oil and gas, according to the report.

Bernalillo County was the top recipient with $435.9 million, followed by Doña Ana County with $195.2 million.

The revenue windfall will continue in the new fiscal year that begins in July, with state and legislative economists projecting $797 million in “new money” for the FY 2021 budget. That’s the difference between current spending levels and projected revenue for the upcoming year.

Those latest projections are down from earlier estimates in August of $907 million in new money, reflecting moderate prices for oil, plus a significant slowdown in production in other U.S. oil and gas basins. But production levels continue to rise on New Mexico’s side of the Permian Basin in the southeastern part of the state, where the region’s highly-productive geology offers operators some of the nation’s most-lucrative gushers.

New Mexico currently has 102 active drilling rigs, virtually unchanged from a year ago, Flynn said. In contrast, the Texas rig count fell from about 500 in January 2019 to about 400 now, and Oklahoma from about 100 to 52.

Official year-end production totals are pending, but NMOGA projects output climbed above 300 million barrels last year, up from 249 million in 2018.