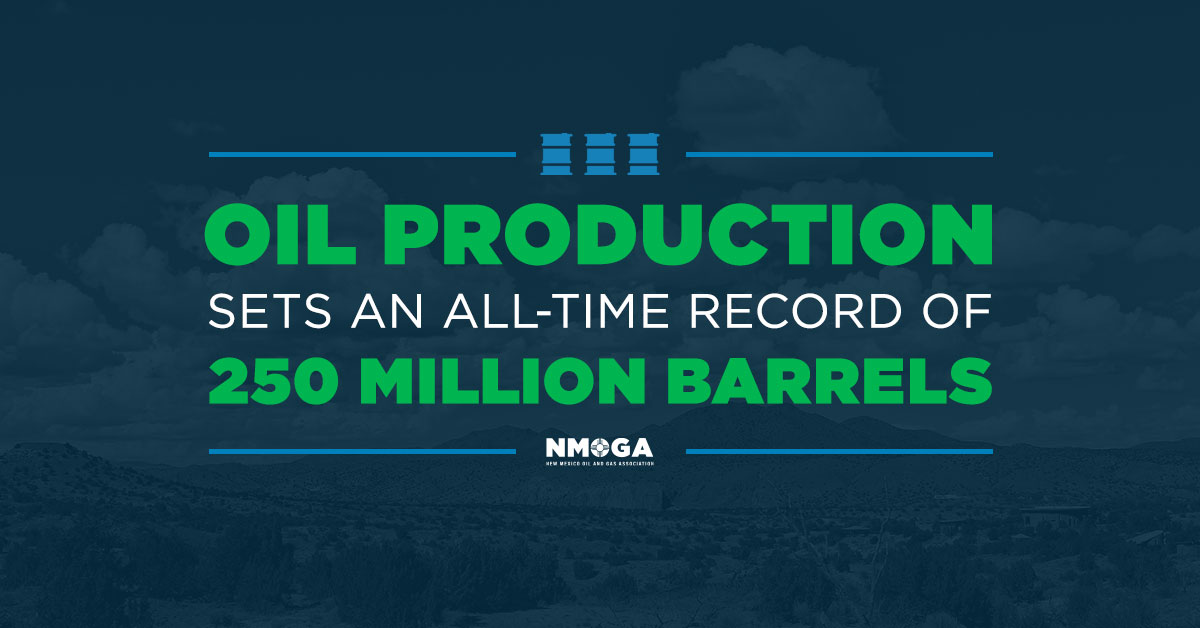 ALBUQUERQUE, N.M. — Southeastern New Mexico is riding a monster wave of oil production, with output flooding into an all-time record of 250 million barrels in 2018.

That’s up 46 percent over 2017, when the state produced 171 million barrels, also a record high at that time. And its nearly three times the 86 million barrels produced in 2012, when the modern technologies of hydraulic fracturing and horizontal drilling unleashed a years-long gusher from previously untapped shale oil reserves in the Permian Basin in southeastern New Mexico and West Texas.

Natural gas production also leaped 13 percent last year, from 1.297 million cubic feet in 2017 to 1.491 million cubic feet, according to the state Oil Conservation Division. That’s the state’s highest output since 2008, when activity in the natural-gas-producing San Juan Basin in northwestern New Mexico slid into a steady decline because of plummeting prices.

Gas prices remain chronically depressed, but the boom in the Permian Basin is raising all boats as waves of dry and liquid natural gas get sucked up alongside oil.

“New Mexico’s oil and natural gas industry continues to be the economic backbone of our state,” said New Mexico Oil and Gas Association Executive Director Ryan Flynn in a prepared statement. “Record energy production is not only good for jobs and the communities where we produce oil and natural gas, it means important funding for our public schools and the entire state budget.”

The good-news gusher means more money for state government, which is already enjoying a record $1.2 billion surplus going into the new fiscal year that begins in July. In fact, that preliminary forecast on surplus money for FY 2020, released late last year, may now be too low, said Sen. John Arthur Smith, D-Deming, who chairs the Senate Finance Committee.

“It appears we’ll generate more than what was forecast in December, even over $1.2 billion,” Smith said. “And for next year’s budget, we’ll likely see a steady revenue stream from oil and gas. I think production will hit 300 million barrels by the end of this year.”

Some of the world’s largest producers are pumping unprecedented investments into both the New Mexico and Texas sides of the Permian Basin. Last week, Exxon Mobil and Chevron projected a combined 2 million barrels of oil production per day by the mid-2020s from their holdings there.

Prices have remained fairly steady for U.S. benchmark West Texas Intermediate, hovering in the $50 to $55 range since January.

“This shows that even if prices remain relatively stable, the state can still expect $1 billion-plus surpluses to continue into the future,” Flynn told the Journal.

“The only real impediment to growth right now is policy,” Flynn said. “Adverse policies can have a direct impact on production.”