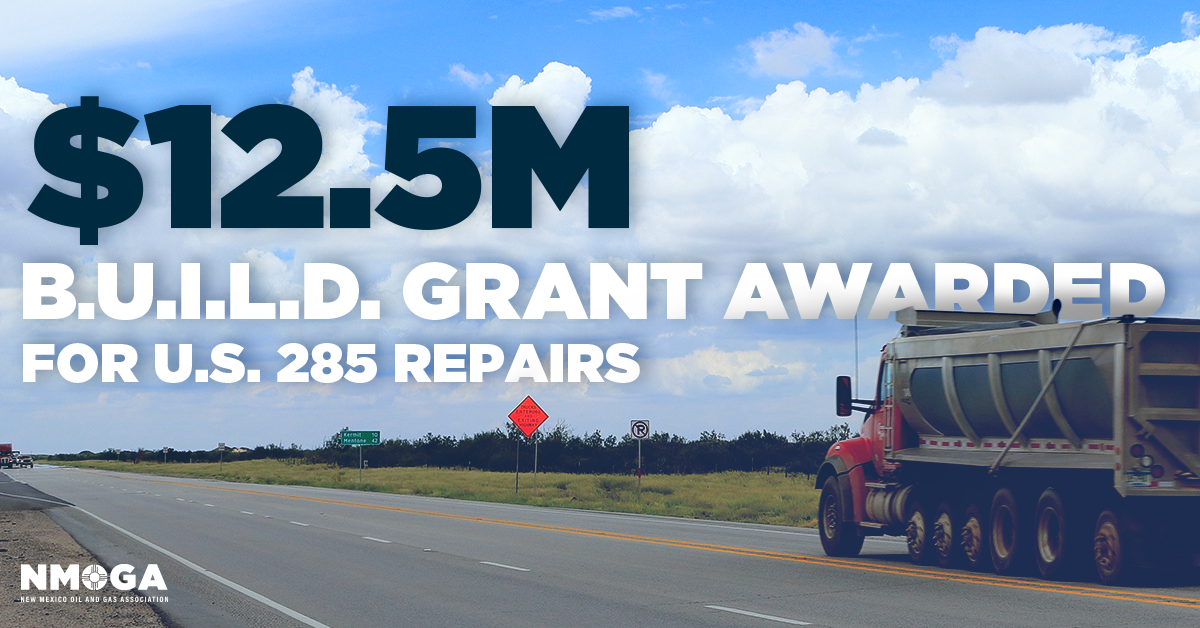 More than $12 million in federal funds could help the New Mexico Department of Transportation (NMDOT) with improvements and safety enhancements on a busy southeastern New Mexico highway.

The U.S. Department of Transportation awarded the grant to NMDOT for work on a section of U.S. Highway 285 from Loving to the Texas border, read a news release from New Mexico’s congressional delegation.

The $12.5 million Better Utilizing Investments to Leverage Development (BUILD) grant will pay for repairs, turning and acceleration/deceleration lanes, shoulders, bridge work and stronger pavement on about the first 25 miles of 285 in New Mexico, per the release.

U.S. Sen. Tom Udall (D-NM) said the money is critical for public safety and the economy of Southeast New Mexico.

“Given the rapidly growing use of this roadway by heavy trucks and equipment, these federal funds will help NMDOT make U.S. 285 a safer, more reliable highway thoroughfare to the Texas border,” he said in the release.

U.S. 285 is a major transportation artery in southeastern New Mexico and increased traffic from the oil and gas boom has worsened road conditions along the route, the release read.

NMDOT should receive official word on the federal money Nov. 12, according to Spokesperson Manon Arnett.

“Although NMDOT has not been officially notified we are very pleased with the announcement and look forward to receiving official notice and putting the money to good use for our southeastern New Mexico partners,” she said.

Arnett said “it would be a few months” before NMDOT takes possession of the federal funds.

“It takes years for projects to be completed in New Mexico. While the need is immediate in these situations,” he said.

“The highway renovation once completed will be a great benefit to Eddy County. Unfortunately, that is a long way off. In the meantime, we will continue to focus on educating drivers and attempting to affect dangerous driving behaviors.”

“Our federal and state government agencies, our area business partners and local communities are all on the same page when it comes to seeing the extreme need for making improvements to 285 and other highways in the area,” he said.

NMDOT is preparing for multiple improvements on U.S. 285, including work at the intersection of State Road 31 near Loving.

Stantec, a professional engineering firm, is helping the State and Eddy County with preparation at the busy intersection.

He said the money is welcomed when looking at the overall scope of U.S. 285.

“Improving highways in this area is one of the most critical needs in New Mexico,” he said. “It is going to be difficult for the state and federal governments to finance all of the improvements without some help from the federal government.

“Any federal funding received helps to close this gap. It is great news for Eddy County and the State of New Mexico.”