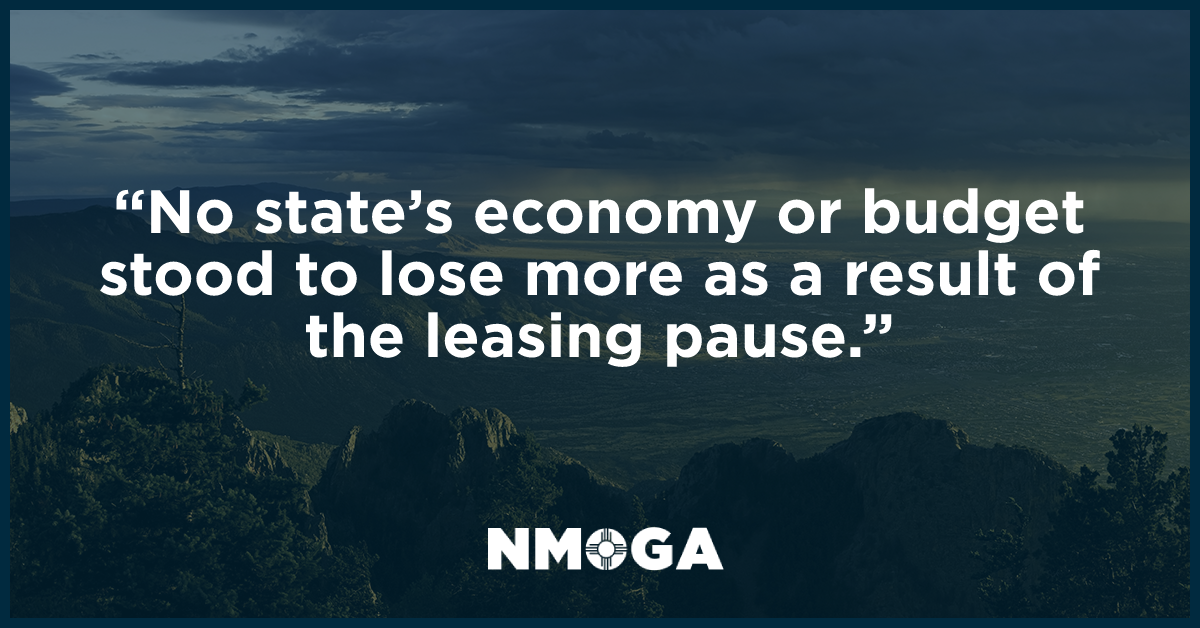 “We applaud the federal district court for its ruling recognizing the importance and vast impacts of the federal oil and natural gas leasing program. As the nation’s largest onshore producer of oil and natural gas on federal lands, no state’s economy or budget stood to lose more as a result of the leasing pause. Leasing bans and other hurdles to oil and natural gas production in New Mexico weaken energy security, increase costs for consumers, and reward other parts of the world who do not share our strict environmental safeguards or our commitment to fight climate change. Oil and natural gas development on federal lands is a critical part of New Mexico’s economic and fiscal health, providing $1.5 billion in revenue for our state budget, public schools, and first responders. Our economy is recovering, and all New Mexicans along with energy-producing communities are eager to take part in its resurgence. We urge the administration to formally lift the leasing ban once and for all as we work together for solutions to lower emissions and reduce the risks of climate change.”

NMOGA is a coalition of more than 1,000 oil and natural gas companies and individuals operating in the state of New Mexico.  NMOGA is the oldest and largest organization representing the oil and gas industry in New Mexico and its members include all facets of oil and gas production, transportation, and delivery. The oil and gas industry is the greatest economic contributor to the state of New Mexico, supporting more than 134,000 jobs and $16.6 billion in annual economic activity. Taxes and royalties from the industry account for 33% of the State of New Mexico’s annual budget, including almost $1.4 billion for public schools. Visit NMOGA.org to learn more about the importance of oil and natural gas to New Mexico.