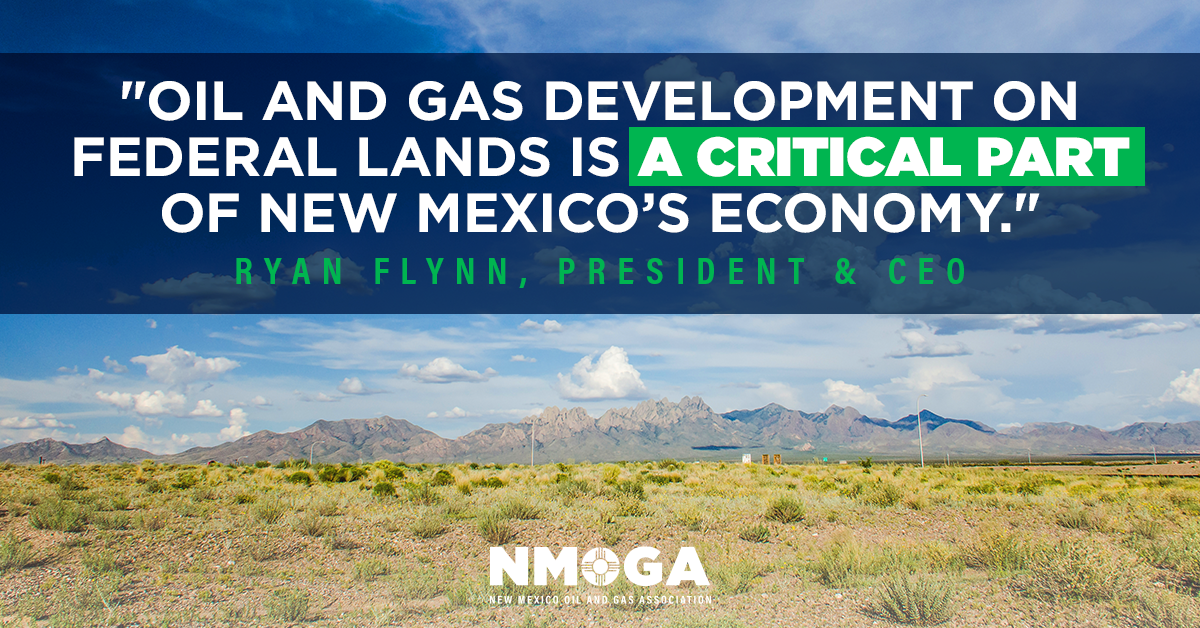 “Yesterday, we were encouraged to see President Biden stand on the steps of the United States Capitol with a message promising to unite our country and accelerate our economic recovery. But to be clear: any action to restrict oil and gas activity in the United States only serves to reward other countries who do not share our commitment to environmental leadership and undercuts American energy security. Oil and gas development on federal lands is a critical part of New Mexico’s economy, and restricting activity here risks the loss of more than 60,000 jobs and $800 million in support for our public schools, first responders, and healthcare services. New Mexico’s oil and gas producers are fully committed to fighting climate change and stand ready and willing to work with the Biden administration to drive environmental progress and keep responsible energy production moving forward across our country.”

The New Mexico Oil & Gas Association (NMOGA) is a coalition of more than 1,000 oil and natural gas companies and individuals operating in the state of New Mexico. NMOGA is the oldest and largest organization representing the oil and gas industry in New Mexico and its members include all facets of oil and gas production, transportation, and delivery. The oil and gas industry is the greatest economic contributor to the state of New Mexico, supporting more than 134,000 jobs and $16.6 billion in annual economic activity. Taxes and royalties from the industry account for 33% of the State of New Mexico’s annual budget, including almost $1.4 billion for public schools. Visit NMOGA.org to learn more about the importance of oil and natural gas to New Mexico.