NMOGA Statement on the Nomination of Rep. Deb Haaland for Secretary of the Interior 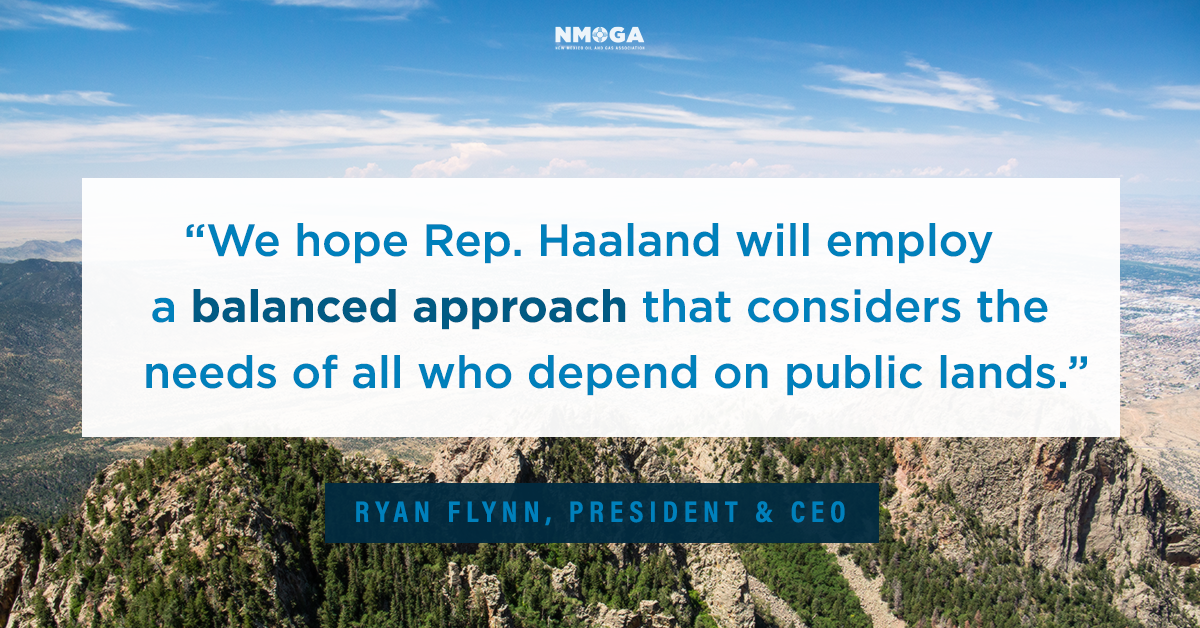 “More than 134,000 New Mexicans depend on the oil and gas industry as the foundation of our economy, creators of jobs, and the largest source of funding for our state budget and public schools. Responsible energy development on federal lands is a vital part of our state’s economy, accounting for $800 million of New Mexico’s state budget and half of New Mexico’s oil and natural gas production. The policies enacted by the next Interior Secretary and administration will have enormous impact on our state and will determine how much or little our state is able to support critical needs like public schools, healthcare, and first responders. We hope Rep. Haaland will employ a balanced approach that considers the needs of all who depend on public lands, including the thousands of men and women and families whose livelihoods depend on access to public lands for resource development.”

The New Mexico Oil & Gas Association (NMOGA) is a coalition of more than 1,000 oil and natural gas companies and individuals operating in the state of New Mexico. NMOGA is the oldest and largest organization representing the oil and gas industry in New Mexico and its members include all facets of oil and gas production, transportation, and delivery. The oil and gas industry is the greatest economic contributor to the state of New Mexico, supporting more than 134,000 jobs and $16.6 billion in annual economic activity. Taxes and royalties from the industry account for 39% of the State of New Mexico’s annual budget, including over $1.4 billion for public schools. Visit NMOGA.org to learn more about the importance of oil and natural gas to New Mexico.