Oil and gas are essential for New Mexico 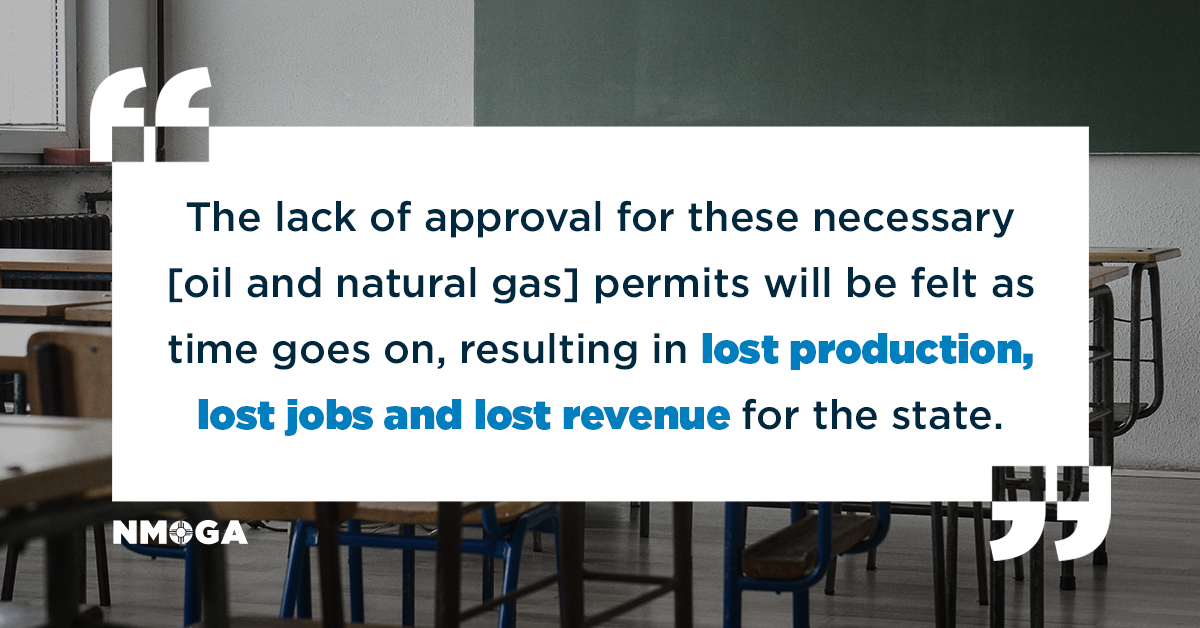 As New Mexico’s legislators returned to Santa Fe for the 2022 legislative session, one of their main challenges was how to spend the nearly $2 billion budget surplus the state collected in 2021.

This surplus came in large part from revenues collected from oil and gas production on federal and state lands. Our state public education system will be a major beneficiary of these funds, while students are still reeling from months of virtual learning due to the coronavirus pandemic.

A sense of apprehension must also hover over legislators, as actions being taken by the federal government are putting future state budget surpluses in jeopardy.

The federal government is currently unlawfully neglecting the federal oil and gas leasing program, an economic staple of New Mexico and the backbone of the state’s general fund. This neglect is leaving New Mexico small businesses in limbo and putting at risk future funding for New Mexico’s schoolchildren.

From April to August of 2021, approval of certain permits for oil and gas operations on federal lands in New Mexico dropped by 86 percent compared to the same period in 2020. The lack of approval for these necessary permits will be felt as time goes on, resulting in lost production, lost jobs and lost revenue for the state.

In addition, the federal government has yet to hold a sale for new oil and gas leases in New Mexico since the Biden administration took office one year ago. This is illegal, as a federal judge ruled in June of last year when he required the administration to hold lease sales. So far, it has yet to comply. This is disastrous for New Mexico, as revenues from lease sales are integral to paying for vital state programs like education.

A lease sale in 2018 provided $467 million in revenue to the state of New Mexico, nearly all of which went into the public education system. On average, the oil and gas industry provides $1.4 billion a year for New Mexico public education, representing one-third of yearly state education funding.

The Biden administration is clearly more interested in appeasing its political base than doing what is best for New Mexico and our nation as a whole. New Mexicans have worked for decades to harness the state’s abundance of natural resources safely and efficiently. These natural resources are more than mere commodities, they are integral building blocks for the future of New Mexico’s children and their nation.

It is for these reasons that we, along with other Republican members of the House Natural Resources Committee, sent a letter to Interior Secretary Debra Haaland demanding she restart oil and gas lease sales and take meaningful steps to address the backlog of oil and gas permit applications.

This is a matter of critical importance to all but especially to New Mexico’s schoolchildren, who have suffered greatly during the pandemic. Eliminating the key source of revenue from lease sales and arbitrarily putting limits on future production by not approving necessary permits further constrains New Mexico’s educational resources and puts students’ future at risk. Time is of the essence, which is why we will continue to fight for the energy industry in New Mexico and across the country.