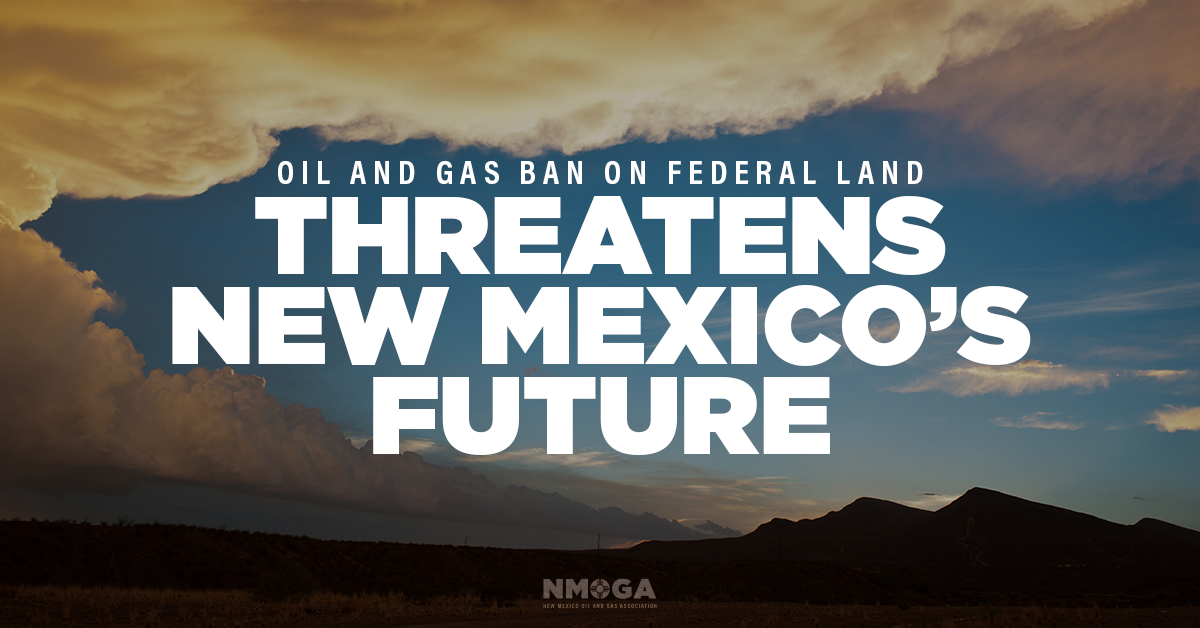 “Regardless of what it is called - a federal leasing ban, a federal fracking ban, or a federal permitting ban - the result is devastating for New Mexico. Any proposal restricting oil and gas development on federal lands would only result in the elimination of thousands of jobs, massive cuts in support for our public schools, and a greater reliance on foreign energy imports.

“We are committed to doing our part to reduce emissions and protect the environment, but we cannot slap millions of Americans with proposals that destroy jobs and ravage communities. Any serious energy proposal must recognize the fact that oil and gas will continue to play a major role in meeting our basic daily energy needs well into the future.”

A recent analysis by NMOGA and the American Petroleum Institute (API) warning of negative consequences for New Mexico if a ban on federal leasing and public lands were to take effect. New Mexico is projected to be among the states hardest hit, losing over 62,000 jobs by 2022.

NMOGA is a coalition of more than 1,000 oil and natural gas companies and individuals operating in the state of New Mexico.  NMOGA is the oldest and largest organization representing the oil and gas industry in New Mexico and its members include all facets of oil and gas production, transportation, and delivery. The oil and gas industry is the greatest economic contributor to the state of New Mexico, supporting more than 134,000 jobs and $16.6 billion in annual economic activity. Taxes and royalties from the industry account for 39% of the State of New Mexico’s annual budget, including over $1.4 billion for public schools. Visit NMOGA.org to learn more about the importance of oil and natural gas to New Mexico.