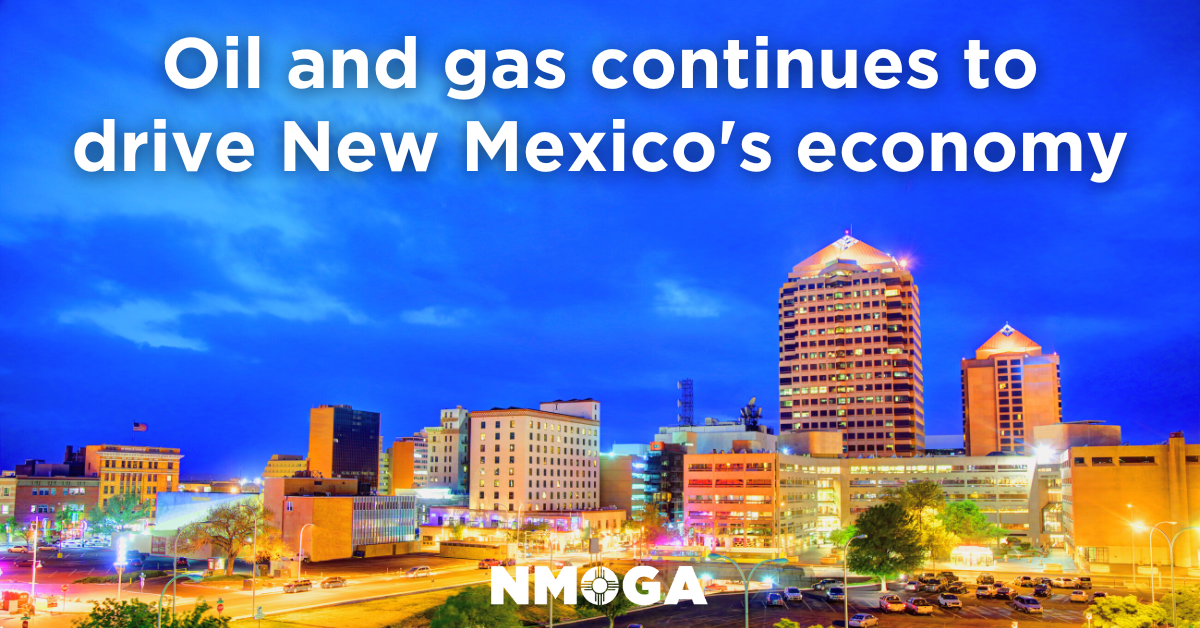 Oil and gas in New Mexico continued to make up a large portion of the state's bottom line, although most of the industry is confined to a rural, two-county area in the state’s southeast corner.

Operations in Eddy and Lea counties in southeast New Mexico’s Permian Basin oilfields accounted for almost a quarter of the state’s tax revenue, per recent data from the New Mexico Economic Development Department.

Oil and gas as and industry led the state in growth at 92 percent, records show, followed by arts and entertainment at 77 percent and manufacturing at 42 percent.

In Eddy County, the industry grew by 128 percent in the last year, records show, by about $502 million or 45 percent of the county’s total tax growth.

Lea County saw similar growth with oil and gas tax receipts increasing by 97 percent or about $466 million – 42 percent of the county’s growth in the last year, per the data.

Oil and gas led the state in year-over-year growth at 93 percent – an increase of about $1.1 billion that accounted for a more than a third at 34 percent of New Mexico’s overall annual MGTR growth.

New Mexico’s recent surge in economic activity was attributed to the state’s continued recovery from the COVID-19 pandemic, which started in March 2020 and led to a drastic decline in businesses throughout the state and subsequently plummeting fuel demands.

About a month into the pandemic, oil prices fell to an historic low at about -$40 a barrel – the first time in recorded history prices were below $0 a barrel.

This led to well shut in and decline numbers of rigs throughout the Permian Basin in the following months.

But on the heels of the state, nation and world’s recovery, and availability of vaccines, businesses reopened, and fuel demand recovered.

Combined with Russia – the world’s second-largest oil producer – exiting the global market amid condemnation from world leaders for its invasion of Ukraine, more pressure was put on American oil and gas companies to increase production.

In New Mexico, that meant business boomed in Eddy and Lea counties, on the western side of the Permian Basin that spans into West Texas – the U.S.’ most active oilfield.

Eddy County had 53 active oil and gas drilling rigs, the most in the nation, per a July report from the Carlsbad Department of Development.

That’s almost half of the 112 rigs reported statewide by Baker Hughes – the second-most in the nation after Texas’ 361.

Carlsbad Mayor Dale Janway said those rigs pay for local schools, roads and other public services in the community.

“The work being done on rigs in Eddy County is paying for schools and roads across New Mexico, and it is providing our nation with the opportunity for energy independence during a time when the need has never been greater,” Janway said in a statement.

“Carlsbad is the hub of domestic oil and gas production and the economic opportunity here is practically unlimited.”

Oil and gas here to stay?

But industry analysts cautioned oil and gas could not be a stable source of income for local communities and the State of New Mexico.

When production fell in 2020, amid the collapse in price, New Mexico’s $2 billion budget surplus garnered largely due to increased production in 2019 became a $400 million deficit.

Even as the industry and economy recovered, State economists warned New Mexico’s budget, about a third of which comes from oil and gas, could be vulnerable to market shifts due to its reliance on this singular, commodity-based industry.

Most recently, a Thursday report from global energy analytics firm Enverus reported volatility is already being seen in the market despite triple-digit oil prices maintaining throughout the spring and so far in the summer.

Prices have fluctuated rapidly in recent weeks amid fears of a resurgence of COVID-19 and the reinstallation of restrictions by countries like China.

About a third of that came from a single merger of Permian-focused Colgate Energy Partners and Centennial Resource Development.

"As anticipated, the spike in commodity prices that followed Russia's invasion of Ukraine temporarily stalled M&A as buyers and sellers disagreed on the value of assets," said Enverus Director Andrew Dittmar.

“Considering the County represents under 3 percent of the State’s population, the gross receipts taxes generated in the County are exceptional,” Davis said. “The oil and gas industry activity in the Delaware Basin is a substantial driver in the County’s diverse economic landscape.”