Oil And Gas Is Booming In The Land Of Enchantment 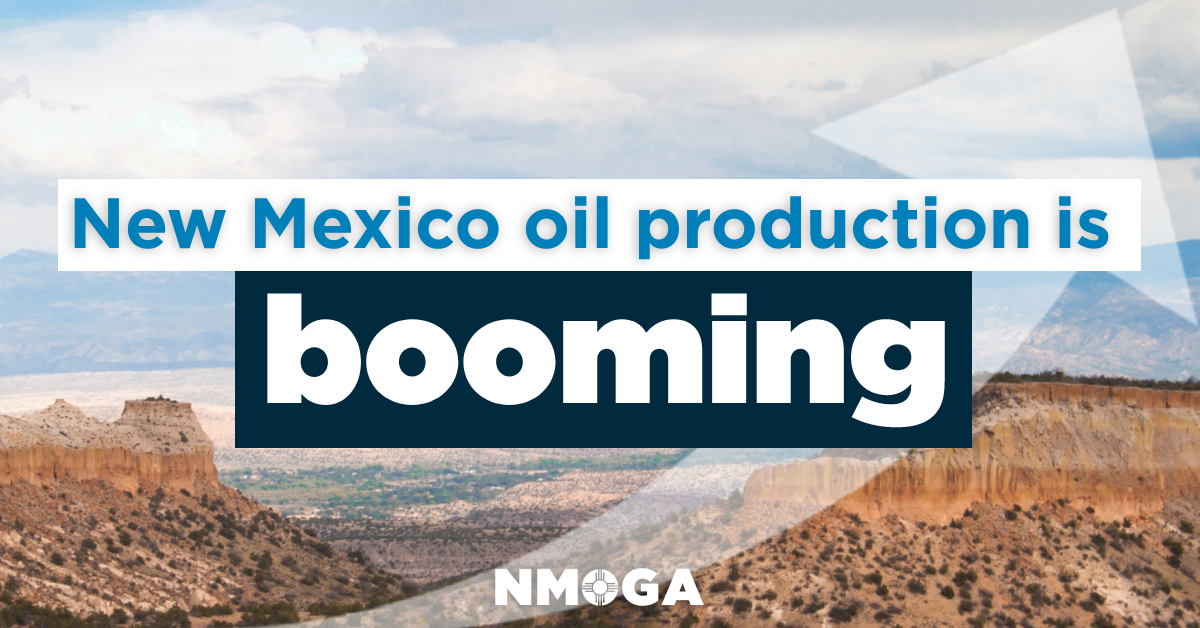 New Mexico, the Land of Enchantment, was concerned when Biden’s pause on oil and gas drilling leases took hold, but six months into the new administration the state’s oil industry continues to go from strength to strength. After uncertainty about political decisions concerning oil and gas, following a year of low demand that drove down both oil prices and production levels, New Mexico has surpassed North Dakota as the second-largest oil producer in the U.S. following a boost in oil production this spring, not seen since the pre-pandemic period.

At the beginning of the pandemic, in the spring of 2020, the rig count in the region dropped significantly as oil prices hit a low of -$40 a barrel due to demand destruction. Now, however, with a relatively successful vaccination rollout and fewer restrictions, both demand and oil prices are bouncing back in a big way. The impact on New Mexico of this rebound has been stark, with roughly 75 rigs now back online in the state.

In March, oil production in the state increased to 35.8 million barrels compared to 33.7 million barrels in January, with only Texas producing more oil. The state’s production centers primarily around the southeast Permian Basin region, as extraction levels in this area keep rising.

New Mexico and other U.S. oil states have been able to benefit significantly from the OPEC+ oil production cuts this year, allowing some U.S. oil firms to return to pre-pandemic output levels in response to the growing global demand.

New Mexico expects its Permian Basin region to prosper in the coming years, as it has a competitive advantage compared to other oil states thanks to low operating costs and high-quality wells.

Despite difficulties in 2020, oil revenue in New Mexico totaled around $4 billion, with $2 billion of this figure contributing to the state’s general fund.

Dawn Iglesias, the state Legislative Finance Committee Chief Economist, explained of the revenue, “This faster-than-expected recovery that we’ve seen in prices and production is leading to higher revenue collections for this fiscal year versus our consensus forecast and will likely lead to an uptick in projections for the next fiscal year.”

Now, New Mexico is looking forward to seeing what other ways the energy sector could help bring in more revenue, create more jobs, and cause less waste while the demand for oil and gas remains high.

The plugging of thousands of abandoned oil wells across the state could create over 65,000 jobs and bring in billions in revenue, according to a recent study.

President Biden has proposed greater federal funding to plug oil wells across the U.S., making them safer for local residents and the environment as well as saving money for states which have been footing the cost up until now.

New Mexico, an arid, desert state, is now looking at ways to reuse wastewater, a biproduct of oil and gas production. As the water could contain pollutants, harmful to animals and humans, much of the wastewater is simply pumped back underground to be disposed of. However, many argue that this water could be treated at a cheaper cost to make it useable.

Mathias Sayers, vice president of legal at NGL Energy Partners, stated “While it was just produced water disposal in the past, now it’s produced water management.” This suggests that finding a way to treat and reuse this water in other industries could reduce waste, create jobs, and bring in more state revenue.

As New Mexico looks to keep its oil and gas industry ticking over for years to come, the state must explore the potential for greater revenue and job creation in the energy industry while demand remains high to profit from the finite energy source.