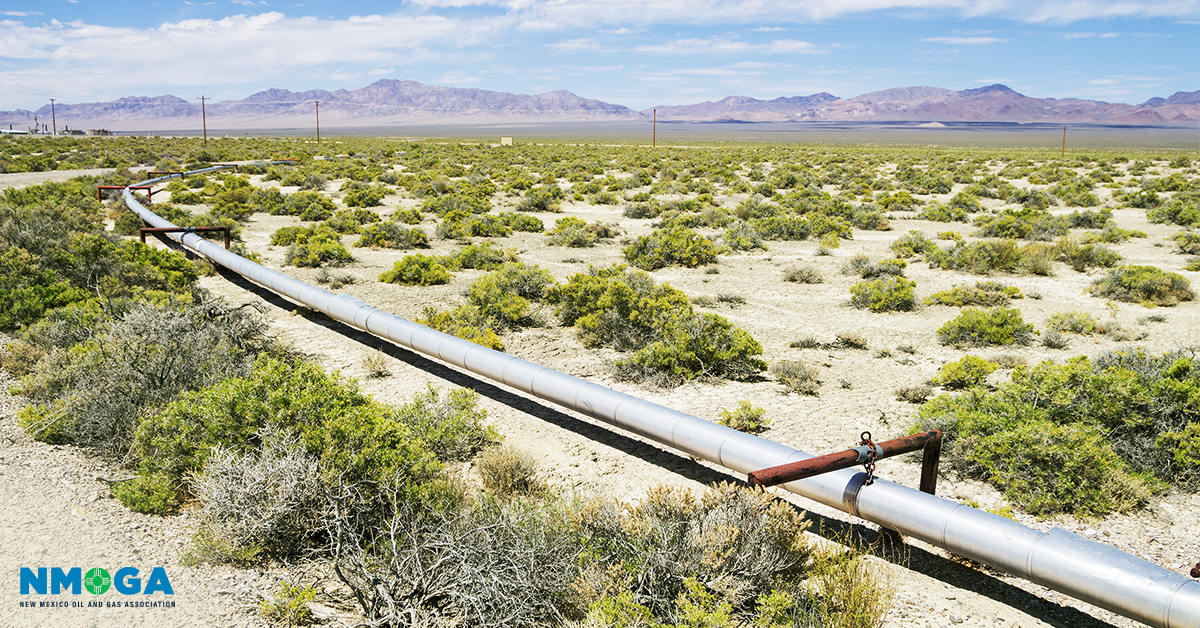 Federal regulators found a proposed project to build 135 miles of oil and gas pipelines in the Permian Basin, crossing from southeast New Mexico to West Texas would not have a “significant” impact on the environment.

An environmental analysis conducted by the Federal Energy Regulatory Commission (FERC), with cooperation from the Bureau of Land Management (BLM) was published last month, analyzing the proposed project’s impact on several environmental aspects.

The project would start with 33.3 miles of 30-inch pipeline from a processing plant in Eddy County owned by Summit Midstream connecting to the proposed Poker Lake meter station to the south in the county.

It would also include 16.3 miles of 30-inch pipeline connecting to the line from the west from a processing plant in Loving.

At the Poke Lake station, a 84.2 miles of 42-inch pipeline would be built to cross the Texas State Line, traveling through Loving, Ward and Reeves counties in Texas.

Another 1.4 miles of 42-inch pipeline would be built from Reeves County to the final delivery in Pecos County.

In addition to Summit, five other oil companies would be served by the line at metering stations: Sendero Midstream, Matador Resources, Lucid Energy, Kinder Morgan and XTO Energy.

In its report, FERC analyzed several environmental impacts of the Double E Pipeline Project. Here are the major findings from the analysis.

Geology
On the New Mexico side of the project, the pipeline would be in proximity to five potash mines and other oil and gas developments including wells and pipelines.

Mining activities would likely be prohibited near the pipeline’s easement, the report read.

Across the border in Texas, one active caliche mine was identified near the proposed pipeline, but the project was designed to minimize or avoid impacts on active mining projects.

Water
The report found few streams or wetlands in the work area of the project, along with several groundwater wells.

In New Mexico, 11 active ground water wells were found within 150 feet of the project, with three listed for livestock watering, one as domestic and five for sanitary or commercial use.

One well was listed as prospecting or development and another for industrial uses.

Three of those wells were in the right-of-way, with two already owned by Double E.

In Texas, one groundwater used for irrigation was with 150 feet of a laydown yard within the project, and six others were found within 1,000 feet of the proposed path of pipeline.

The report found that construction would not be near any areas known for groundwater contamination and concluded that no effect from contamination was anticipated.

Should a spill occur, the project would work closely with state regulators on mitigation measures, read the report.

Pipeline activities were not expected to impact groundwater resources in the areas, the report read, as the depth of the underground Pecos Aquifer was “far greater” than the project’s trenching depths.

The project would also cross 152 stream features, none of which were found to be ecologically significant or contain critical habitats for endangered or listed species.

Vegetation
The project would result in about 2,410 acres of temporary vegetation disturbance, the report read

Impacts would be caused by vehicles and construction equipment, but Double E would mitigate such impacts after the project was complete, including re-vegetation and reclamation plans.

Vehicles would be kept on approved access roads, and signage and fencing would be used to minimize impacts.

Double E would also work with local land owners and land management agencies, conducting follow up inspections at least during the first and second growing seasons.

Wildlife
The project’s biologists conducted habitat surveys between June and September 2018, who found the project would not cross and State wildlife areas or sanctuaries or preserves.

Possible impacts could be from dust, noise and night-time lighting, along with vegetation clearing and ground moving operations.

To preserve habitats, Double E would use areas already disturbed, along with creating a plan to install erosion and sediment controls.