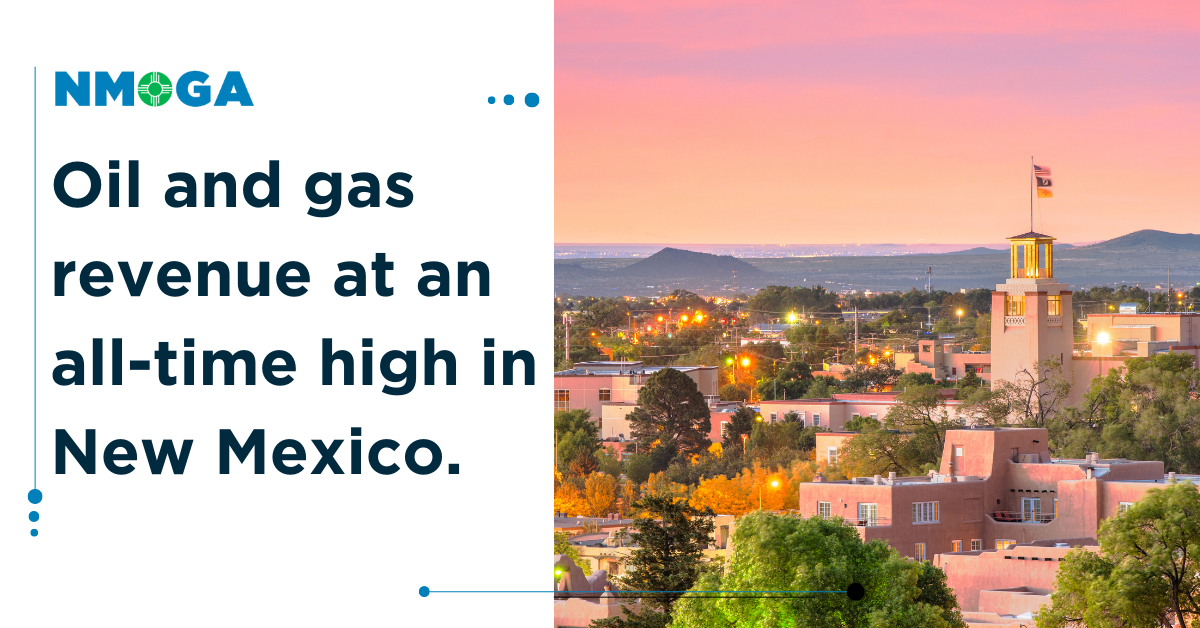 New Mexico is producing more oil and gas on state land than ever before, translating to more than $2 billion in royalties in the past year.

For fiscal year 2022, running from July 1, 2021 to June 30 of this year, the state produced about 132 million barrels of oil, per data from the New Mexico State Land Office, and 659 billion cubic feet of natural gas.

Production of both oil and gas increased every year since FY 2013’s 35 million barrels of oil and 219 billion cubic feet of gas.

Those increasing numbers of oil and gas extracted and put to market meant likewise spikes in revenue brought in by the state from energy companies operating in New Mexico.

Monthly earnings from extraction climbed steadily since October 2021 which saw about $127 million in oil and gas royalties, to August which brought in about $258 million, per records from the New Mexico State Land Office.

The latest royalties marked a slight dip from the highest of the last 12 months: about $260 million in oil and gas royalties collected in June.

His comments came during a Sept. 14 meeting of the New Mexico Legislature’s interim Economic Development and Policy Committee where it discussed the industry’s impact on the state economy in preparation of the upcoming 2023 Legislative Session starting in January.

Bloom said oil production in New Mexico surged this year, mostly in the southeast Permian Basin region known as the nation’s most active oil, after Russia’s invasion of Ukraine.

Russian leader Vladimir Putin drew global condemnation from world leaders after the attacks, and the country – the world’s second-largest oil and gas producer after the U.S. – was largely removed from the international market.

“We’re doing in three weeks what we used to bring in in one year in oil and gas revenue,” he said. “It’s because increased oil and gas production, but also due to a very favorable price environment in large part due to the unfortunate war in Ukraine and the effects that’s had on gas prices and oil prices as well.”

The State Land Office is also focusing on driving up the use of renewable energy, Bloom said, both for consumers and industrial uses as part of New Mexico efforts to reduce carbon pollution blamed largely on fossil fuel development.

The leases of that land to the company, he said, brought in $10 million in the last year.

“This is starting to become real money for our state,” Bloom said. “It’s not oil and gas, but it’s significant.”

State Rep. Cathrynn Brown (R-55) of Carlsbad said the oil and gas industry was taking steps itself to reduce pollution and should be credited for “innovation” in the areas of carbon capture and reducing emissions of pollutants like methane gas and volatile organic compounds (VOCs).

“The public in New Mexico and even elected officials don’t give enough credit to the companies for their innovation that they pioneer,” she said. “In a lot of ways, it should take away our arguments against the oil and gas industry, and yet we’re still kind of stuck in a zone where people just don’t understand it.”

Sarah Mitchell, regulatory manager with EOG Resources said during the meeting that the company which operates in both New Mexico’s oil and gas regions in the northwest San Juan and southeast Permian basins, said the company recently began altering its operations to reduce its impact on the environment.

She touted EOG as New Mexico’s largest oil and gas producer, with 16 rigs in the Permian Basin, and paying about $355 million to the State Land Office for operations on State Trust land and $690 million to the Bureau of Land Management for federal land.

This meant no fuel was needed to be delivered to job sites, while truck traffic was reduced.

“We are a committed partner in New Mexico,” Mitchell said. “Even though we are extracting minerals from underground, what happens above the surface matters a lot. We are trying to be the best stewards of the surface as we can be."