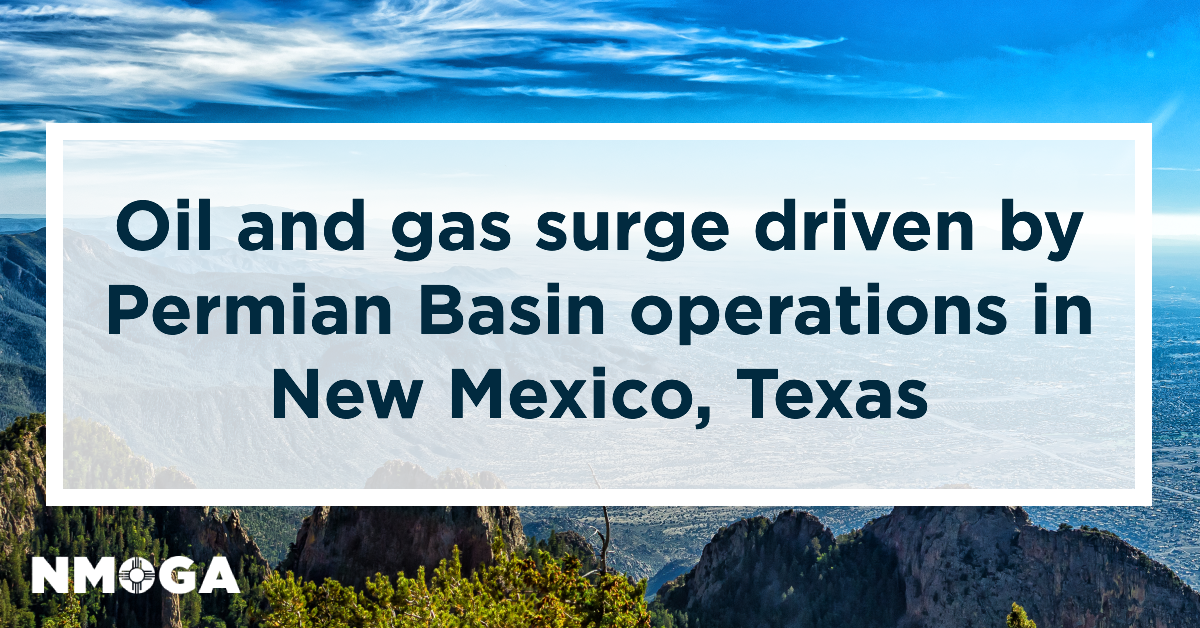 More oil and gas pipelines are coming to southeast New Mexico as operators in the Permian Basin seek to up fossil fuel production in response to growing demand.

Odessa, Texas-based Saulsbury Industries announced Feb. 16 it received multiple contracts to build about 16.5 miles of pipelines in the region, in the western Delaware sub-basin of the Permian which also spans east into West Texas.

The work will be on the New Mexico side of the border, likely be directed out of the company’s field office in Carlsbad.

Travis Zatopek, Saulsbury director of operations for field services said the project will allow the company to capitalize on growth in the oil and gas industry in 2022.

"We are excited to see the continued growth of the Field Services operating group,” Zatopek said. “This is an excellent start to attaining our goals for 2022 and showcasing Saulsbury's broad capabilities within the industry.”

Meanwhile, one of the largest Permian-focused acquisitions so far this year closed on Feb. 17 as Enterprise Products Partners announced it completed its purchase of Navitas Midstream – an oil and gas service company based in West Texas.

The sale valued at $3.25 billion included about 1,750 miles of pipeline and more than 1 billion cubic feet per day of natural gas processing capacity.

The assets in the sale were supported by contracts with more than 40 oil and gas producers, per a news release.

As the transaction was announced in January, officials with Enterprise said it would allow the company to gain a foothold in the Midland-sub basin on the eastern side of the Permian to capitalize on growth in one of the U.S.’ most active oilfields.

“The Navitas management team has developed a premier system in the heart of the Midland Basin. The Delaware and Midland Basins are the two most attractive regions in the U.S. in terms of crude oil, natural gas and (natural gas liquids) reserves with each having up to nine geologic horizons.,” Teague, said.

“We do not have a natural gas or NGL presence in the Midland Basin other than downstream pipelines. This acquisition will give us an entry point into the basin.”

Matador Resources, a Permian-focused operator based in Dallas, said it’s proven oil reserves grew by 20 percent as of Dec. 31, 2021, compared with its reserves on the same date the year before.

That included a 56 percent growth in Matador’s developed reserves, totaling in 323.4 million barrels of oil equivalent (BOE) at the end of last year, up from 270.3 million BOE at the end of 2020.

“This reserves increase reflects the strong well results we continue to deliver across our various asset areas in the Delaware Basin and the significant improvement in the capital efficiency of our drilling and completions program in recent years,” said Matador CEO Joseph Foran.

Growth in oil and gas operations in the region followed a continued rising price per barrel for domestic oil, records show, as the Chicago Mercantile Exchange reported oil was trading at about $91 a barrel.

That marked a slight decline from the year’s peak about $95 a barrel on Feb. 14, per historical data from Nasdaq, but was still well above $76 a barrel reported at the start of the year.

Baker Hughes’ latest data as of Friday showed the Permian Basin added a total of five rigs in the last week for a total of 306.

New Mexico added two rigs in the last week for a total of 94, records show, and Texas added eight rigs for its latest total of 308.

A report out last week from the Energy Information Administration (EIA) predicted U.S. crude oil production would continue to climb this year and into 2023 to reach a total of 12.6 million barrels per day (bpd), driven by the Permian.