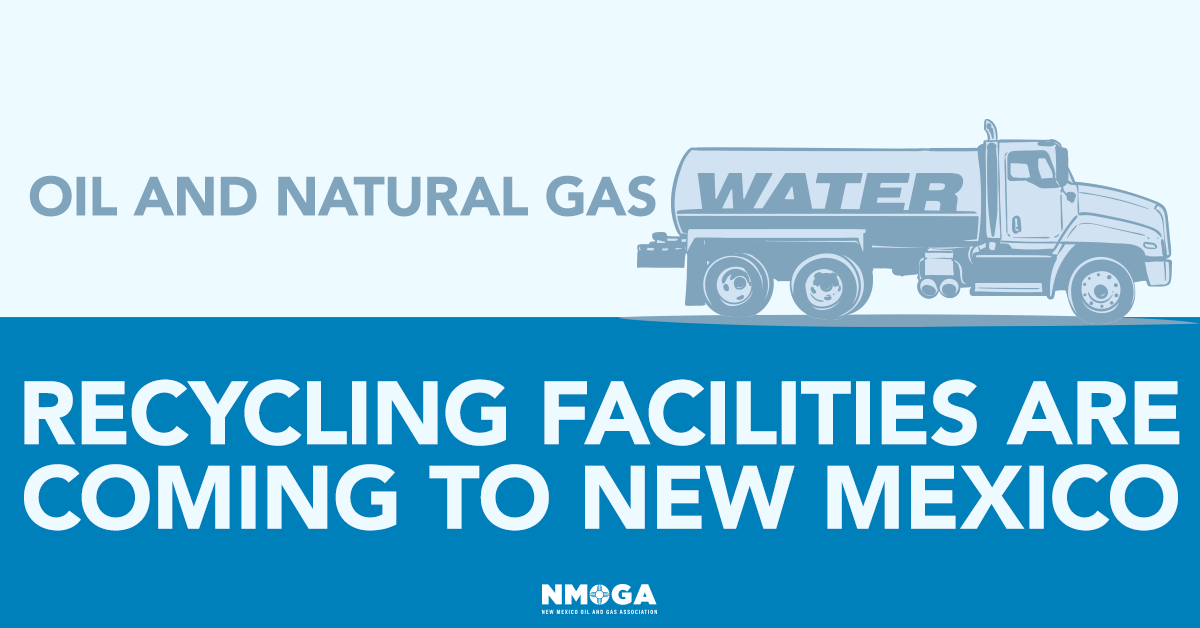 A Texas-based oil and gas water company is moving into southeast New Mexico, to provide processing for water and other fluids generated during operations in western section of the booming Permian Basin.

Oilfield Water Logistics, based in Center, Texas, announced its plans to develop a 540-acre oil and gas water and waste management facility in Lea County on U.S. Highway 128, between Carlsbad and Jal.

The recent boom in oil and gas production in the Permian Basin, and New Mexico, was driven by the process of hydraulic fracturing where water and chemicals are pumped deep underground to breakup rock formations, so oil and natural gas can be extracted.

The process not only uses significant freshwater resources by contaminating the water with chemicals and heavy metals, but it also produces water from deep below the surface that is high in brine and other elements and unfit for human consumption or use.

Such waste and produced waters were traditionally pumped back underground via disposal wells, but numerous water midstream companies began entering the region to cash in on an opportunity to treat and handled the waters produced or polluted by the oil and gas industry.

Oilfield Water Logistics' facility would handle more than 400 loads of the water and other oilfield waste each day.

The treatment facility was the "ninth of its kind" read the release.

The project was expected to be complete by the second quarter of 2020.

Aside from the handling of oilfield water, a Houston-based company is looking to capitalize on the need for water supply in Permian Basin oil and gas development.

Houston-based Palisade Pipeline, a water infrastructure developer, announced plans in June to purchase non-potable water from the City of Lubbock to use in service of oil and gas operators in southeast New Mexico and West Texas.

The company also announced it would build a "high-capacity" water pipeline to deliver the water to operators in the region.

The water was intended to primarily support oil and gas operations, read a news release, but could be used in the future for other industries.

"We are excited about the opportunity to preserve groundwater in the Permian Basin while providing a source of revenue to the City of Lubbock," he said.

And in July, a Canadian company Aureus Energy Services opened a corporate office in Midland to oversee the company's water treatment and transfer operations throughout the Permian.

"As water treatment and reuse continues to grow in the Permian Basin, Aureus is committed to providing 'game changing' onsite water treatment for frac reuse, saving millions of gallons of water from being disposed," read an Aureus news release.

Although the production of oil and gas in the Permian Basin of southeast New Mexico and West Texas slowed in the last year, New Mexico continued to add drilling rigs as companies proceeded to move in to the state and the Delaware Basin on the western side of the Permian.

Only three other states grew during the same time period, with Alaska adding three rigs in the last year, West Virginia adding 1 and Wyoming adding 2.

New Mexico holds more than 6 percent of prove crude oil reserves in the U.S., read a report from the U.S. Energy Information Administration, after oil production almost tripled since 2009, reaching an all-time high of 772,000 barrels per day one year ago in October 2018.

"The Permian Basin, located in western Texas and southeastern New Mexico, is one of the most prolific petroleum-producing areas in the nation and the world," the report read.

The price of domestic oil hovered between $52 and $56 throughout October, without any significant gains in the fall, indicating that companies continuing to add rigs in New Mexico are optimistic about the region's future despite a lack of growth in price.

A slight gain in the prices of West Texas Intermediate (WTI) to about $56 per barrel on Tuesday was credited to expectations of the Organization of Petroleum Exporting Countries (OPEC) would extend supply cuts on foreign oil, per a report from Enverus -- formerly Drillinginfo.

"The week's strength in WTI was impressive and left the contract at the highest weekly close since September, and the market continues to limit rallies on the geopolitical economy concerns about growth," the report read.