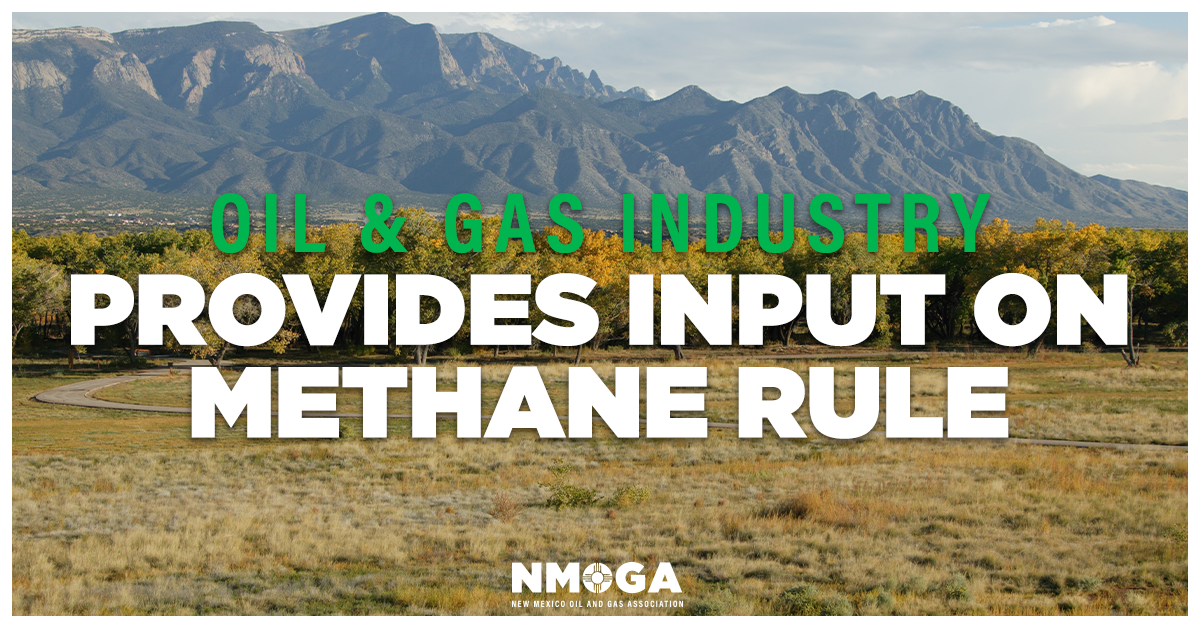 The comments on the draft rules follow recommendations and proposals by NMOGA to limit methane emissions and reduce flaring.

“New Mexico’s oil and natural gas industry is committed to reducing methane emissions and our comments on the draft rules reflect our ongoing pledge to work collaboratively with New Mexico’s regulatory agencies to achieve a nationally leading gas capture rate of 98% and reduce VOCs and NOx to avoid ozone non-attainment,” NMOGA Executive Director Ryan Flynn said. “Our comments highlight areas in the draft rules to assess costs-benefits, better accommodate current federal and state rules, and closely examine the purpose, feasibility, and impacts of its components. We will continue to share the best scientific and technical expertise at our disposal to assist regulators in the further development of these rules.”

To prepare comments on the draft rules, NMOGA and its members assembled a steering committee and numerous technical workgroups to study the rules and evaluate their workability, emissions reduction benefits, monitoring, recordkeeping, reporting, and overall cost implications. Over 80 industry experts have participated in developing these technical comments, representing operating companies from every phase of the New Mexico oil and gas industry.

NMOGA also retained John Dunham and Associates (JDA), a leading national economic consulting firm, to prepare an economic analysis of the draft rules. Their analysis estimated that the rules, as currently written, could cost operators $4 billion to comply over the first five years, including $3.4 billion in the first year alone. At over $40,000 per well for both rules, JDA further estimates that nearly 4% of oil wells and over 40% of natural gas wells would become unproductive and uneconomic under the proposed rules.

“The next phase of this process will offer regulators an opportunity to better align the rules with existing industry practices, technologies, and innovations. The performance-based standard could be enhanced by reducing prescriptive measures and promoting greater creativity and flexibility to allow operators to adapt and tailor their operations to the targets established by NMED and EMNRD. We commend both agencies for an open and highly engaging process, and we look forward to continuing work toward rules that will benefit all New Mexicans,” added Flynn.

Comments on both draft rules are available at NMOGA.org/methanecomments.

Visit NMOGA.org to learn more about the importance of oil and natural gas to New Mexico.