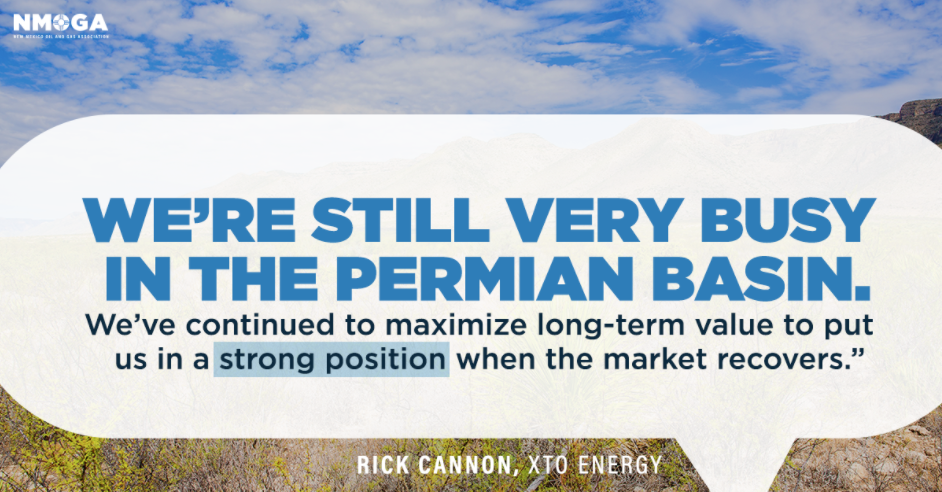 Oil and gas industry leaders sought to allay economic concerns stemming from a historic decline in the market driven by the COVID-19 pandemic in addressing the Carlsbad community at the city's annual Energy Summit held Thursday at the Pecos River Village Conference Center.

Before the pandemic, the Permian Basin led the nation in oil and gas production and activity in southeast New Mexico and West Texas.

But in April, the price of West Texas Intermediate (WTI), a grade of crude oil used as a benchmark for domestic pricing, fell to about -$40 per barrel — the first time in history prices plummeted below $0 per barrel.

The result was a collapse in Permian Basin activity as rig counts fell, wells were shut-in, and workers were laid off.

Amid the downward trend, Private Equity Investment Manager at Chase Energy Billy Munn said companies in the Permian need to find new ways to operate during the lower-price market rather than waiting for a recovery that could be years away.

He pointed to increases in the price of oil and gas leases up to $80,000 per acre as a driving force behind the industry becoming more and more expensive to operate.

“It’s not that you don’t have oil in the Permian, the question is what does it cost to extract it. More so now than any downturn I’ve ever witnessed, this one is different,” Munn said. “You’ve elevated the cost of acreage and the expense of extraction so high.

“I’m cautious about shale. We throw around numbers that are enormous. It’s not about pessimism or optimism out here. It’s about what does it cost to do it.”

Munn said that when confronted with a lower-price market — WTI was presently reported at about $40 per barrel per data from Nasdaq compared with more than $60 per barrel last year before the pandemic hit — companies must find new ways to profit.

That could mean capturing more natural gas as opposed to flaring it, and sending that resource to market to be sold, or seeking to use market produced water as research shows operators can generate up 10 barrels of water per barrel of oil in the Permian.

“We need to be responsible for our own economics of extraction, not advertise to the rest of the world how many barrels you’ve got.”

Rick Cannon, manager of Delaware Basin production for XTO Energy said he was optimistic about the major oil producer’s position in the Permian both in New Mexico and Texas.

Despite XTO’s parent company ExxonMobil announcing in April that it had reduced its capital spending by 30 percent and lower operating expenses by 15 percent in response to the pandemic and market collapse, Cannon said the company plans to continue operations in the region and efforts to curb its environmental footprint through efforts such as emission reductions.

He said ongoing operations in the region could allow XTO to capitalize on the market’s recovery.

“2020 has not gone according to anyone’s plans,” Cannon said. “While overall activities have reduced, we’re still very busy in the basin. We’ve continued to maximize long-term value to put us in a strong position when the market recovers.”

In February, Occidental was the first U.S. oil company to join the World Bank’s initiative to end routine flaring by 2030, a move Cole said typified the company’s efforts at protecting the environment alongside profitable fossil fuel production.

“We have a lot of passion for low carbon projects. We’re working to reduce our emissions, and help others reduced their emissions,” Cole said. “As with other companies, flaring is really important to Oxy. We’ve taken steps to reduce our flaring.”

And during the uncertain economics plaguing the oil and gas industry during the pandemic and subsequent financial depression, Cole said Occident remained committed to the Permian Basin as its largest acreage holder and to the Carlsbad community.