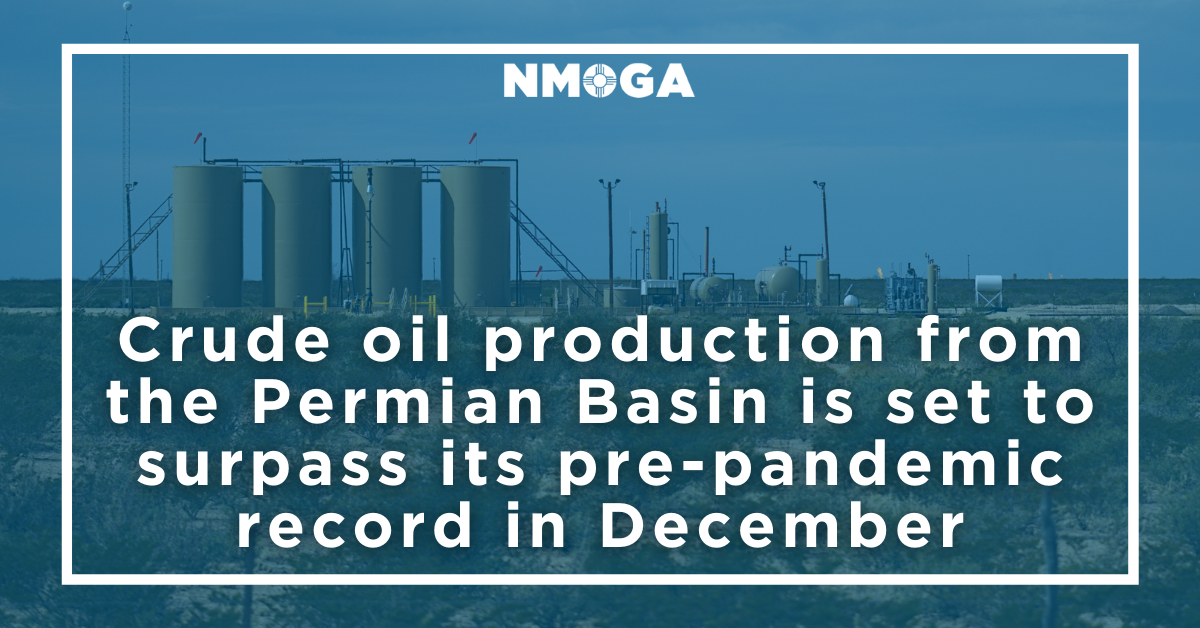 NEW YORK, Nov 15 (Reuters) - Crude oil production from the Permian Basin, the largest U.S. oil field, is set to surpass its pre-pandemic record in December, a swift turnaround that has not been replicated in the country's other oil regions.

Oil output from the Permian, located in Texas and New Mexico, is forecast to reach a record 4.953 million barrels per day (bpd) in December, as output has come back with the surge in economic demand.

The Permian is the primary driver of U.S. output, but its percentage of U.S. overall production is even more than at the end of 2019, when the United States was producing 13 million barrels a day.

December's forecast production will surpass the previous record of 4.913 million bpd set in March 2020, according to a monthly forecast from the U.S. Energy Information Administration.

U.S. total oil output dropped by more than 2 million barrels a day in 2020 due to coronavirus-induced demand destruction. Production has returned gradually, with numerous other oil fields, such as the Bakken in North Dakota, still far from their peak production levels.

"Permian Basin wells tend to be the most prolific wells compared to other basins, so if you have more limited capital, you would go there first," said Andrew Lipow, president of consultancy Lipow and Associates in Houston.

The Permian's importance is augmented by its proximity to major pipeline hubs and connections to export centers, making it more advantaged than other basins.

Overall shale production across seven major shale regions is forecast to rise by 85,000 bpd to 8.316 million bpd, with the bulk of the increase seen in the Permian, where output is expected to rise 67,000 bpd.

Gas production from the seven shale regions is expected to rise 0.2 billion cubic feet per day to 89.4 bcf/d in September.