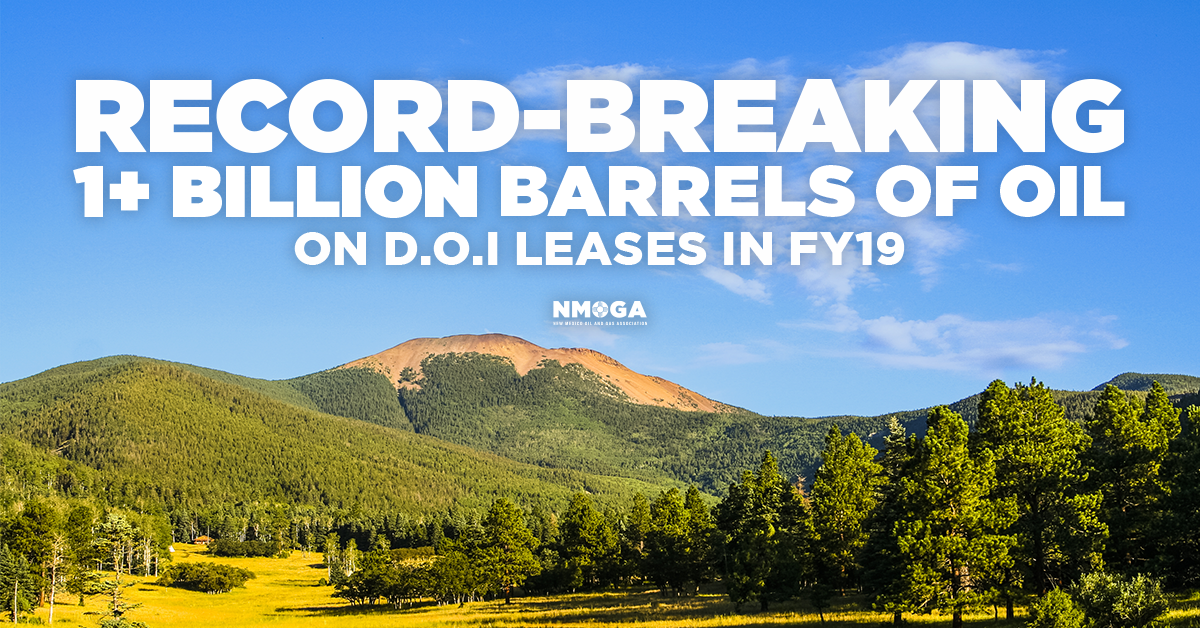 The Department of the Interior announced today that over one billion barrels of oil were produced in Fiscal Year (FY) 2019 from leases on federal and American Indian-owned lands and offshore areas – a historic milestone.

On American Indian-owned lands, oil production increased to 92.26 million barrels and is over 52 percent more production than in FY 2016.

“The Trump Administration continues to appropriately develop our natural resources and be great stewards of conservation, benefiting all Americans,” said U.S. Secretary of the Interior David Bernhardt. “Disbursements paid to states and Tribes from oil lease revenues go right back to the communities where the energy was produced, providing critical funding for schools, public services, conservation improvements, coastal restoration and infrastructure projects that create good-paying American jobs.”

At the beginning of his Administration, President Trump issued two executive orders regarding energy development: “Implementing an America-First Offshore Energy Strategy” and “Promoting Energy Independence and Economic Growth.” These EOs have served as a blueprint for the Department, driving the implementation of common sense regulatory changes and improved internal processes to more efficiently issue permits. These actions have helped to propel secure and reliable American energy on public lands and waters in a responsible manner – a prerequisite to a safer and more prosperous America and a boon to American conservation.

Royalty revenues collected in FY 2019 from oil production on Interior-managed lands increased by 21 percent over FY 2018 to $7.5 billion, continuing a successful upward trend for the Trump Administration. These revenues from producing oil leases increased by $1.3 billion in comparison to FY 2018 and are 122 percent higher than at the end of the previous Administration in FY 2016.

The more than $1 billion disbursed to American Indian Tribes and individual Indian mineral owners is more than double the disbursements paid in FY 2016. The revenues disbursed to the 33 federally recognized American Indian Tribes and approximately 37,000 individual Indian mineral owners represent 100 percent of the revenues received from energy and mineral production activities on Indian lands. Tribes use these revenues to develop infrastructure, provide healthcare and education and support other critical community development programs, such as senior centers, public safety projects and youth initiatives.

In evaluating the overall impact of energy development on public lands, the Department released an economic impact report for FY 2018. From the report, oil and gas produced from Department-managed public lands and waters supported an estimated $85.4 billion in value added, $139 billion in economic output and 607,000 jobs.

All federal, non-renewable energy revenues are collected, accounted for, analyzed, audited and disbursed by the Office of Natural Resources Revenue from energy and mineral leases and other monies owed for the use of public resources on the U.S. Outer Continental Shelf and onshore Federal and American Indian lands. All production, revenue and disbursement data are available on the Natural Resources Revenue Data portal.