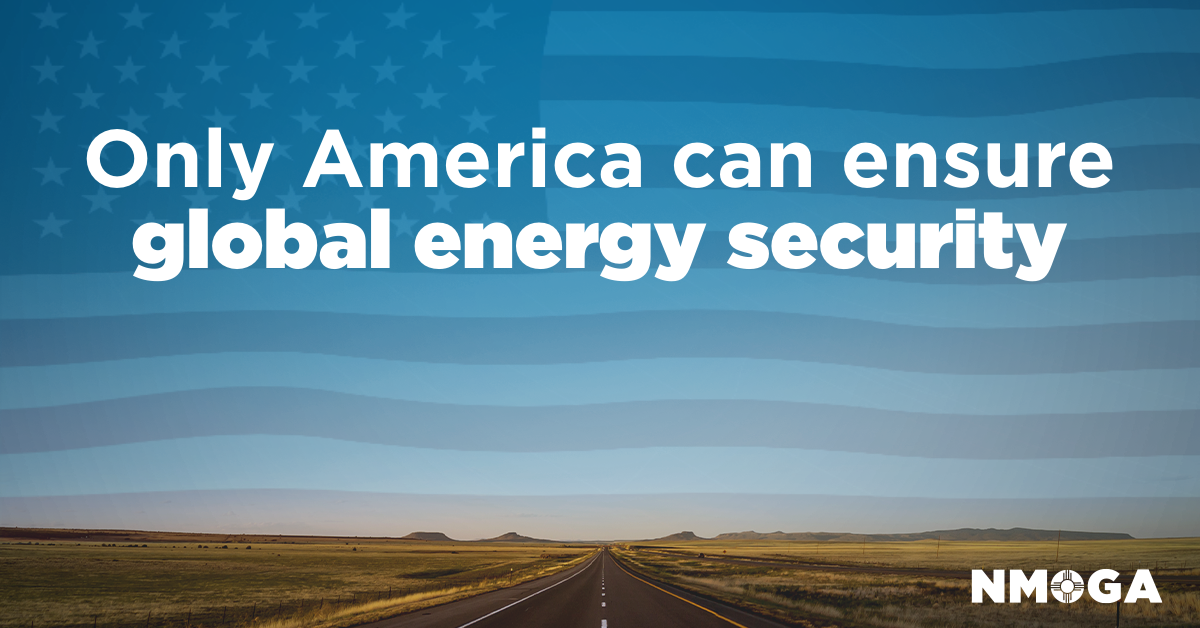 Several weeks ago, the U.S. Energy Information Administration (EIA) released its annual energy outlook, concluding — not surprisingly — that America’s energy consumption will continue to increase through 2050. Though renewable energy is projected to be the fastest-growing energy source, petroleum and natural gas will continue to represent the lion’s share of energy consumption for at least the next 28 years. The EIA also projects that gasoline and diesel fuel will remain the primary fuels consumed by the transportation sector in the foreseeable future.

Presumably, the EIA assessment preceded the outbreak of the Russia-Ukraine conflict. Should Europe and other parts of the world succeed in weaning themselves off Russian oil and natural gas, and America responds by boosting domestic production and exports, the latest EIA forecast for fossil fuel production will need to be revised upward in coming years.

At present, the outlook for sharply higher domestic production remains cloudy. U.S. oil production, currently around 11.6 million barrels per day, is well below its 2019 peak of 13 million per day. The number of active drilling rigs has jumped sharply in recent months, but at 519 remains far behind its all-time high of 1,600 in 2014.

Like other sectors of the economy, the energy business is facing supply chain shortages. During the pandemic, many “roughnecks” moved away from shale plays such as the Permian Basin in west Texas and New Mexico and the Bakken in North Dakota and Montana, with the result that drilling companies find qualified workers expensive and in short supply. The cost of frac sand, critical for well completions, has jumped nearly 200 percent over the past year and steel casings for well bores have become more costly and difficult to find. Even in a best-case scenario where the rig count continues to rise in response to high prices, a significant gain in onshore oil production could take up to a year.

To make matters worse, the Biden administration has been “slow-walking” federal onshore lease sales and has imposed a de facto moratorium on offshore leasing activity. Consequently, little new drilling is occurring on federal lands and waters, which currently provide about 25 percent of U.S. oil production and 11 percent of natural gas. What is more, the Department of Interior’s five-year leasing program for the Outer Continental Shelf, including the Gulf of Mexico, expires in June, but the administration unfortunately has not yet put forth a new plan.

Further muddying the waters is the assertion by President Biden, frequently echoed by White House press secretary Jen Psaki, that 9,000 approved leases on federal lands remain unused. In practice, securing a lease is but the first step in developing a producing oil or gas well. Seismic testing is required to ascertain the likelihood of finding hydrocarbons on the leasehold. Additional permits are required for rights-of-way to leased land and the construction of gathering lines to move the oil and gas to processing facilities. Then it can take up to 140 days to secure an actual drilling permit on a federal lease. Belying the argument that the industry has been lax in developing leases, currently there are nearly 100,000 operating wells on federal lands with two-thirds of current leases in production, the highest percentage in 20 years.

The Interior Department announced recently that it was temporarily resuming oil and gas leasing after delays stemming from a court case regarding the social cost of carbon accounting. However, several days later, a department spokesperson qualified Interior’s position by stating it was not yet committed to new lease sales but was only in the planning stage.

The Biden administration needs a dose of political and energy reality if we wish to sustain America’s energy dominance and provide a lifeline of oil and natural gas to countries willing to break away from reliance on Russia. Removing onerous regulations on oil and gas production, accelerating federal lease sales both onshore and offshore, expediting the approval of new pipelines and liquefied natural gas export facilities, and toning down the anti-fossil fuel rhetoric can help.

As the world’s number one oil and gas producer, only America has the ability to ensure global energy security. That won’t happen overnight, but we can take steps today to enhance our domestic energy industry while punishing Russia. In particular, permanently lifting the federal leasing moratorium and renewing the five-year offshore leasing program will enhance our ability to sell more American hydrocarbons to Europe. The result also will be good for the environment because we produce oil and gas with substantially lower greenhouse gas emissions than Russia.  It’s time for the Biden administration to reverse course.