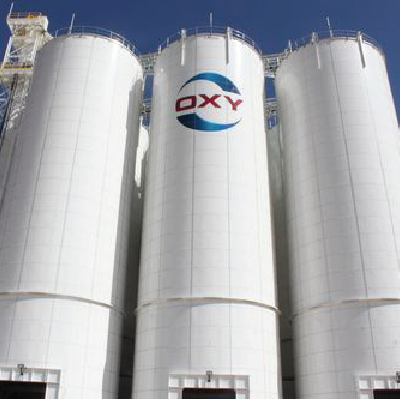 A multinational oil and gas company is the latest to expand in the Permian Basin region, opening a frac sand transloading facility just about 15 miles south of Carlsbad.

Occidental Petroleum (OXY) plans to begin operations at the facility next week, known as the Aventine Logistics and Maintenance Hub, able to unload 25 tons of sand in about eight minutes.

The sand is transported via truck for use in hydraulic fracturing throughout the area.

Occidental President and Chief Executive Officer Vicki Hollub said the facility is essential to the company’s ongoing expansion in southeast New Mexico to draw crude oil and natural gas from the highly-active Delaware Basin in the southern tip of the Permian.

“This is a critical event for us,” Hollub said at a Thursday ribbon cutting at the facility off U.S. Highway 285 near Brantley Road. “This will be part of our continued expansion in this region. The Permian Basin is one of the most active in the world. We know the hydrocarbons are there.”

Hollub said several areas within the basin remain undeveloped, and the area suffers from a dramatic boom and bust cycle as oil prices shift and the local economy struggles to steady.

“There are many intervals that aren’t being developed. Some need to be engineered to get the hydrocarbons out,” she said. “The Permian has been a boom and bust. We’re hoping to keep it consistent. Enhanced oil recovery is the way to do that.”

Carlsbad Mayor Dale Janway said the local oil and gas operations are essential to the greater international market, with expansions continuing to strengthen America’s independence from trade with other oil-producing nations.

And it all starts in Carlsbad.