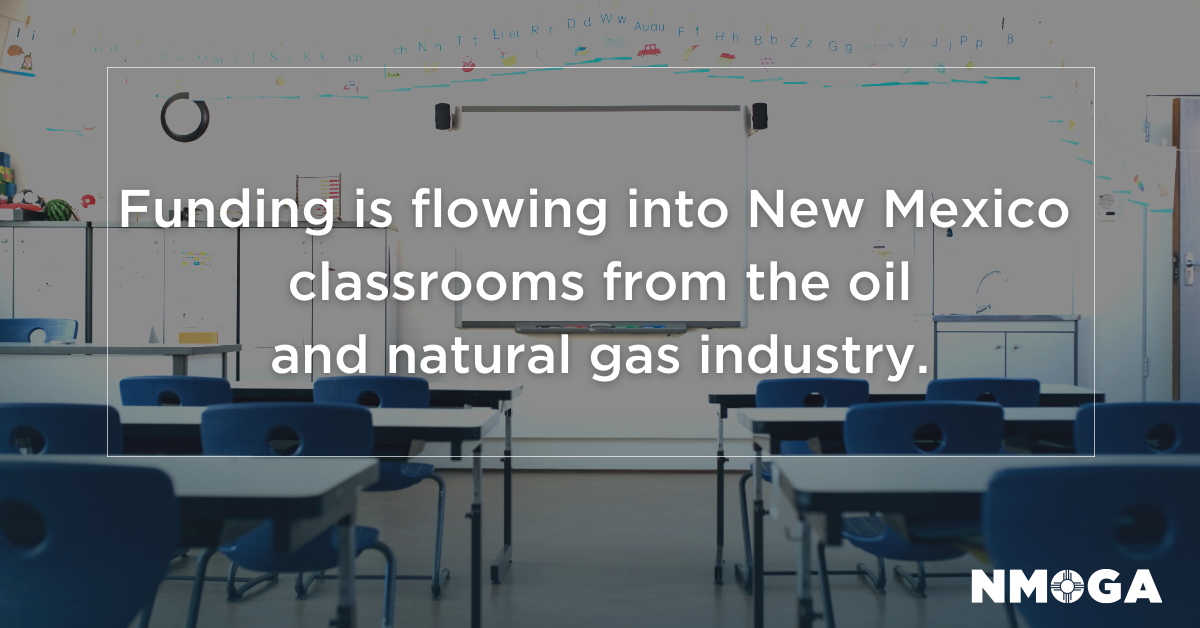 SANTA FE – New Mexico’s two largest permanent funds will deliver a record $1.3 billion – an 11% increase – for state spending on public schools and other operations in the next budget year, according to the State Investment Council.

State Investment Officer Steve Moise shared the figures Tuesday in a meeting of the investment council and said the spending power is equal to a savings of about $1,630 in annual taxes for each New Mexico household.

The coming distribution for the budget year that starts in July is about $125 million higher than this year’s.

State Land Commissioner Stephanie Garcia Richard said each of the last three years has been a record-breaker for revenue.

“This money goes to support vital services, such as education, but it also saves taxpayers and working families from having to come up with this funding,” she said in a written statement.

The money comes from the land grant and severance tax permanent funds, which operate as an endowment of sorts, growing with oil and gas royalty contributions and investment returns.

The land grant permanent fund alone is now valued at about $25.8 billion, and per the state Constitution distributes 5% of its recent average annual value to support spending on schools, universities, hospitals and other beneficiaries.

The record value of the land grant fund, Garcia Richard said, “demonstrates that we have sufficient resources to provide for both current educational needs while also preserving financial security for future generations to come.”

Contributions into the land grant permanent fund exceeded $1.3 billion, or $400 million higher than any other year, according to data released by the council.

The state also had a strong year for investments, generating roughly 17% in returns, or twice its target, the SIC said.

How best to harness the power of the massive endowments is a perennial debate at the Roundhouse.

A proposed constitutional amendment heading to voters Nov. 8 would boost the annual distribution out of the permanent school fund – a component of the broader land grant permanent fund – from 5% to 6.25%.

It would generate an additional $211 million a year for early childhood education and K-12 schools.

Supporters say the plan would sharply increase funding for programs with evidence of success in New Mexico, such as prekindergarten, extending the school year and enhanced instruction for students at risk of failure.

Opponents, in turn, say the land grant permanent fund is already a critical source of revenue for the state and that pulling more heavily on it now will actually leave the state with smaller annual distributions in about 20 years – because the growth of the fund will be slower.

A previous proposal to increase the distribution rate from the land grant permanent fund to fund a three-tier minimum pay scale for teachers narrowly won voter approval in 2003 after being pushed by former Gov. Bill Richardson.

It raised the annual distribution rate from 4.7% to 5.8%, but the rate was gradually reduced to the current 5% by 2017 under the terms of the approved proposal.

Overall, New Mexico’s sovereign wealth fund is the third largest in the United States, just behind Alaska and Texas. It’s also one of the 30 largest such funds in the world, according to the Sovereign Wealth Fund Institute.