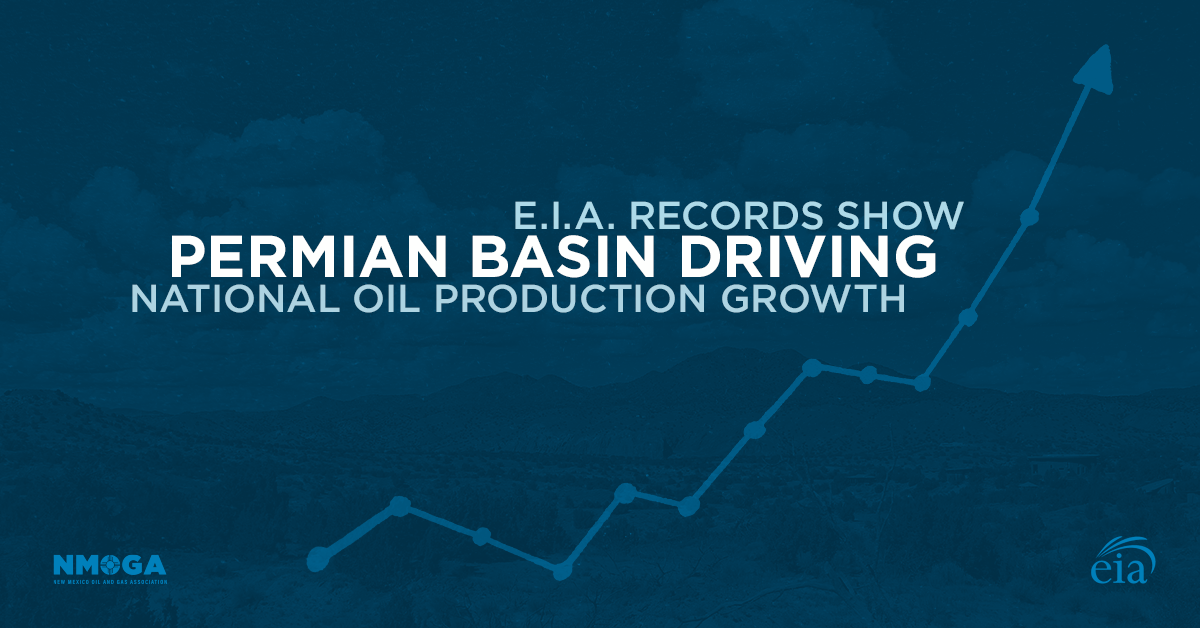 The United States exported more oil than it imported for the first time in history last year, as production boomed in the Permian Basin of southeast New Mexico and West Texas.

In September 2019, the U.S. exported 89,000 barrels more of petroleum per day – including crude oil and petroleum products – than it imported, per data from the federal Energy Information Administration (EIA), for the first time since the EIA’s records began in 1973.

That marked a dramatic shift from a decade ago, records show, when the U.S. was importing 10 million more barrels per day than it exported.

The report pointed to increased domestic oil production from the reduction in U.S. imports of crude oil, with production rising from about 5.3 million barrels per day in 2009 to 12.1 million in 2019.

During that same period, imports dropped from an average of 9 million barrels per day to just 7 million in 2019.

Changing U.S. trade policies were also credited for the increase in exportation, per the report, as the U.S. lifted restrictions in 2015 on exporting crude oil produced domestically, which led to crude oil becoming the largest contributor to U.S. petroleum export growth.

In total, the Permian’ month-to-month growth average 100,000 barrels per day for most of 2018, records show, with added pipeline capacity and other industrial efficiencies allowing the continued momentum.

"This accomplishment for this country shows the strength of the Permian Basin and in places like New Mexico where investment and development has accelerated in recent years," McEntyre said. "As national oil and gas production increased, that's coming from a handful of shale basins, but mostly from New Mexico."

“With this kind of steady, upward movement we’re entering a new era in southeast New Mexico and the Permian, where production will remain at record highs as long policy remains stable,” he said.

The start of 2020 saw the price of domestic crude oil continue its rise into the low $60s, threatening to reach the mid $60s for the first time since September 2019, when the price of West Texas Intermediate closed at about $63 per barrel on Sept. 16, per data from Nasdaq.

Some of the increasing value of U.S. oil was credited to tensions between the U.S. and Iraq teetering on the brink of war, read a report from Enverus.

"At the direction of the President, the U.S. military has taken decisive defensive action to protect U.S. personnel abroad by killing Qasem Soleimani, the head of the Iranian Revolutionary Guard Corps-Quds Force, a US-designated Foreign Terrorist Organization," read a tweet from the White House.

At the direction of the President, the U.S. military has taken decisive defensive action to protect U.S. personnel abroad by killing Qasem Soleimani, the head of the Iranian Revolutionary Guard Corps-Quds Force, a US-designated Foreign Terrorist Organization.

This instability in the Middle East and hostilities between the U.s. and Iran – a top-oil-producing nation – led to the market reacting in support of U.S. oil, the report read.

“The question at this point is not whether the Iranians will retaliate, but how and where. Iraq is the most likely venue, as direct confrontation with US forces in the Strait of Hormuz would end badly for Iran,” read the report.

“While we can expect the number of attacks against US forces and interests in the country to increase, oil markets are watching to see if heightened instability leads to a major supply disruption as Iraq teeters on the edge.”