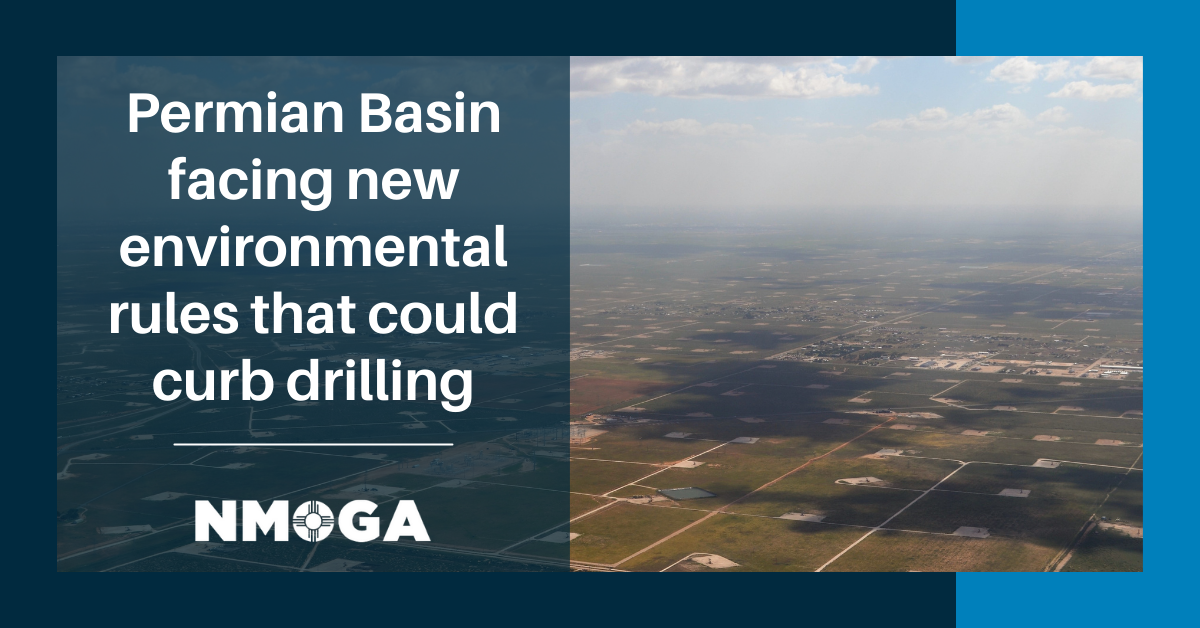 The Biden administration is considering triggering tougher anti-smog requirements that could curb drilling across parts of the Permian Basin, the world’s biggest oil field that straddles Texas and New Mexico.

The Environmental Protection Agency is weighing labeling parts of the Permian Basin as violating federal air quality standards for ozone — a designation that would force state regulators to develop plans for cracking down on that smog-forming pollution. The move, outlined in a regulatory notice, could spur new permitting requirements and scrutiny of drilling operations.

Ozone levels in the basin have surpassed a federal standard “for the last several years — really since the fracking boom took off in the Permian,” said Jeremy Nichols, climate and energy program director for WildEarth Guardians. The conservation group formally petitioned EPA for the so-called non-attainment designation in March 2021 and, roughly six months later, warned the agency it intended to sue to force action. The designation “basically says you’ve got to clean up this mess or the consequences are going to get even more severe as far as restricting your ability to permit more pollution and more development,” he said.

While Texas does not have monitors taking ozone readings on its side of the Permian, monitors just over the border in the Eddy and Lea counties of New Mexico have recorded average ground-level ozone levels exceeding the 2015 standard of 70 parts per billion several years running. Even at low levels, ozone can worsen asthma, emphysema and other respiratory illnesses.

If the region is deemed in violation, state regulators would have three years to develop plans for lowering ozone levels, including by preventing new industrial facilities from worsening air quality and ensuring existing sites deploy technology to keep pollution at bay.

The resulting uncertainty could constrain energy development in the region, said Todd Staples, president of the Texas Oil and Gas Association. “Creating uncertainty on permitting and inserting unnecessary regulatory barriers will only negatively impact the production necessary to meet the needs of consumers.”