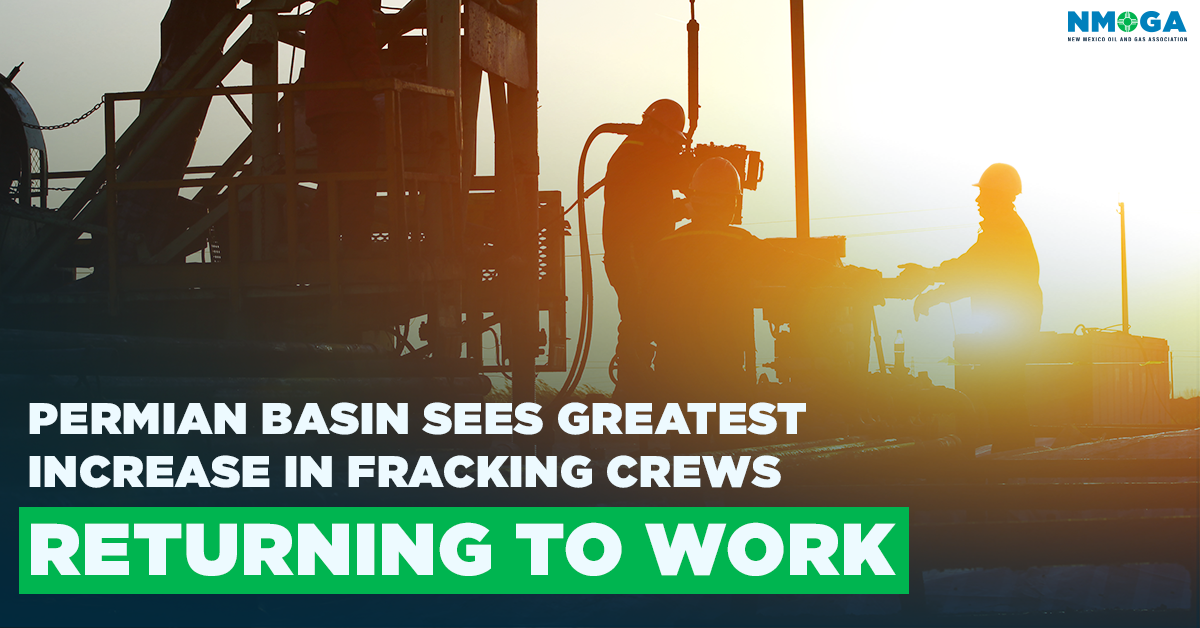 The number of hydraulic fracturing crews returning to work inched upward in July with the Permian Basin of West Texas and southeastern New Mexico accounting for most of the growth.

The number of hydraulic fracturing crews returning to work inched upward in July with the Permian Basin of West Texas and southeastern New Mexico accounting for most of the growth.

The number of active frac crews in the United States remains just below 100 but grew by 6.8 percent in July, according to a new report from the Houston investment bank Tudor Pickering Holt & Co.

The Permian Basin accounted 10 of the crews returning to work. The West Texas shale play now accounts for 43 percent of all active frac crews in the United States, according to the report.

The natural gas-rich Marcellus Shale of Pennsylvania accounts for 26 percent while the Eagle Ford Shale of South Texas accounts for 9 percent and the Haynesville Shale of East Texas and northern Louisiana accounts for 8 percent, according to the report.

There were more than 300 active frac crews number deployed in July 2019 but that number dropped dramatically in February and March as an oil and natural gas industry downturn caused the coronavirus pandemic and a price war between Russia and Saudi Arabia cut demand.

The downturn reached the bottom in May when out of the roughly 450 available hydraulic fracturing fleets in the United States and Canada, there were only 70 are deployed in the field, Tudor Pickering Holt & Co. said.

With crude oil prices in the mostly unprofitable $42 per barrel range, it will be a slow recovery for the industry. The July gains in frac crews were less than half of the 13 percent increase in June, the investment bank reported.

George O'Leary, an analyst with Tudor Pickering Holt & Co, believes that the number of active U.S. frac crews will peak between 130 and 150 next year.

"We firmly expect the Permian will drive the majority of the incremental frac demand through the end of 2020," O'Leary said.