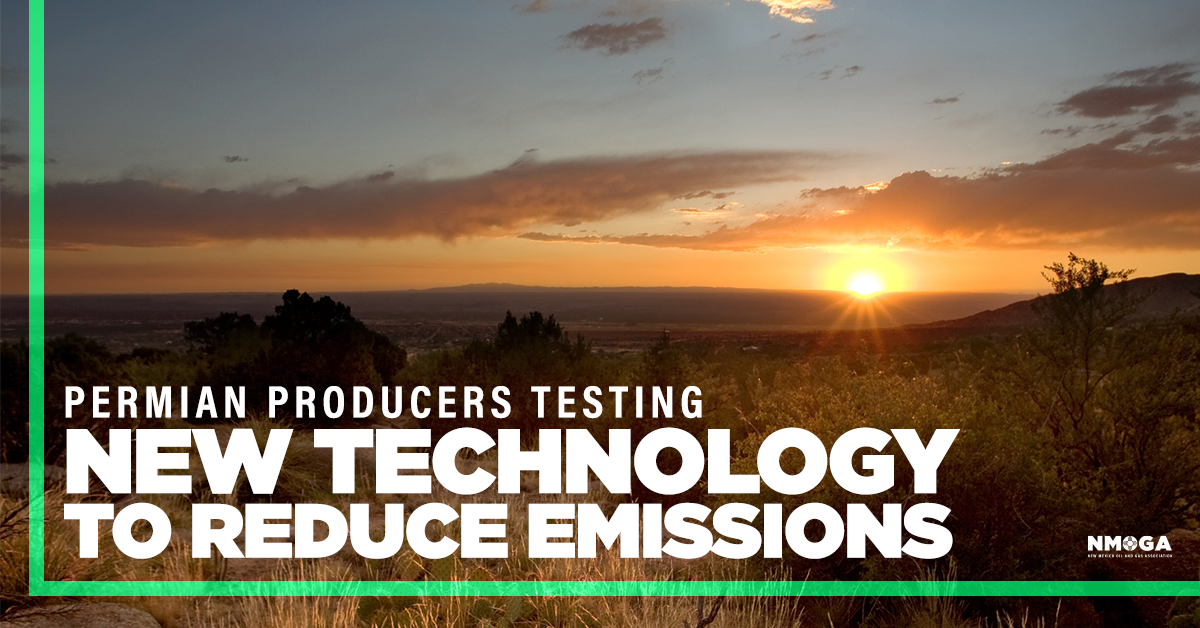 Major oil and gas producers in the Permian said they were increasing efforts to curb pollution and the environmental impact of extraction operations, as environmentalists worried emissions could increase while wells were shut-in and oversight staff reduced amid the spread of the COVID-19 pandemic.

The company hoped the move would better track and monitor polluting emissions, assisting in efforts to reduce the release of the methane and other volatile organic compounds (VOCs).

To monitor emissions in the air, Exxon planned on using satellites, drones, helicopters, and planes, along with mobile units and fixed-position sensors on the ground.

Monitors will also look for leaks and identify potential solutions that Exxon could share with other operators, read an Exxon news release.

Staale Gjervik, senior vice president of unconventional at Exxon said the company hoped to scale up its emission detection technology to be used on a commercial level once the trials conclude.

“By testing the most promising methane detection technologies in a field environment, we are providing viable solutions that can be adopted by other producers to detect and reduce methane emissions,” he said. “We are applying scientific rigor and taking aggressive steps to find commercially scalable and affordable solutions for all operators.”

To test the technology, Exxon planned to use field observations and optical gas imaging, the release read, and comparing the measurements with downwind emissions observations through a partnership with Aerodyne Research.

“We are already seeing the benefits of some of these technologies,” Gjervik said. “Through the trials, we have discovered methane sources that would otherwise not have been detected as efficiently or quickly under the current methods prescribed by regulations. The company is committed to immediately investigating and fixing methane emissions that are detected during the trial.”

The company announced a broader plan to reduce emissions, including added monitoring and new technology, cutting emissions by up to 20 percent by the end of 2019 compared with 2016 levels in Exxon’s unconventional operations.

The company also hoped to cut emissions by 15 percent and reduce flaring by 25 percent by the end of 2020.

Since 2010, Exxon invested $10 billion to develop lower-emission solutions, read the release, partnering with 80 universities across the country.

Surge also committed to reducing flaring in the coming years, the release read, attributing most of its flaring in 2018 and 2019 to takeaway capacity constraints.

“Since that time, Surge Energy has reduced flared volumes significantly, both on an aggregate volume basis and as a proportion of volumes and remains committed to continuing efforts to reduce flaring,” the release read. “Excluding third-party issues, gas volumes flared from Surge Energy wells over the last 18 months were minimal relative to Surge's total production and in line with top operators in the area.”

Surge Chief Executive Officer Linhua Guan said the company’s goal is to reduce its impact on the environment while producing energy from oil and gas.

"Surge Energy places a high value on our responsibility to the environment,” Guan said. “This is demonstrated by our proactive efforts and investment that minimizes our footprint."

The Environmental Defense Fund argued that efforts to reduce emissions became more important amid the pandemic, as state regulators postponed some of its oversight field work following an order from Gov. Michelle Lujan Grisham to maintain social distancing and reduce interactions with the public in an effort to slow the spread of the virus.

The (Oil Conservation Division) remains open for business for the public and the oil and gas industry,” read a news release from the New Mexico Energy, Minerals and Natural Resources Department.

“The OCD will continue to actively work with stakeholders to solve problems and provide the best customer service possible during this public health emergency. However, the OCD has implemented a statewide staff teleworking policy until further notice.”

John Goldstein, director of regulatory and legislative affairs at the EDF said the market’s downturn could cause companies to ignore environmental safety standards, but he argued the dangers caused by the pandemic meant environmental regulations were even more essential.

“This low-price environment could mean some less-scrupulous oil and gas operators could be looking to cut corners,” he said. “This is a public health crisis. That means pollution like ozone is even more important. It’s important to protect community health as much as possible right now.”